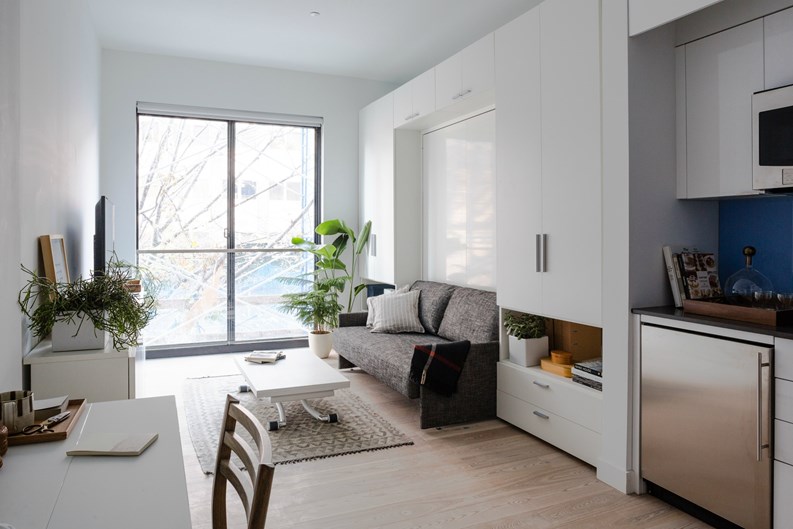 Carmel Place, New York City’s first all-micro-unit building, will open in March at 335 East 27th Street. The development started as a pilot program in 2013 under the Bloomberg administration, essentially a call to architects to solve the unmet demand for studio space in Manhattan.

Even in New York City, where distinguishing a bedroom from a closet can be a challenge, the idea of a studio apartment as small as 265 square feet is jarring. But, news from the city that 60,000 people have applied for Carmel Place’s 14 below-market-rate units has silenced the skeptics. The 32 apartments that will hit the market will rent for $2,650 and $3,150, no chump change.

The enthusiastic response from renters begs the question: does the appeal of studios, regardless of size, transcend renters and encroach into the condo buyers’ market? Donna Olshan, president of Olshan Realty, believes it’s not crazy to think that micro units could become a factor in the first-time buyers’ market. New York’s younger professionals could opt to buy alone rather than hold out for a larger place with a spouse. “It’s also a good alternative for affluent parents looking for a place to buy for their college-aged student in lieu of a dorm room. It can also serve as a pied-a-terre as an alternative to a hotel room. The trick is to deliver a nice, small room with very good amenities, ensuring there is both a place to work and hang out. Done right, this thing will sell,” says Olshan.

With demand for solo residences high and buyers increasingly willing to compromise on space in exchange for privacy, it seems possible that smaller spaces could both maximize the number of units and profits for condo developers. “Land prices have tripled in many neighborhoods, squeezing profit margins and cost overrun margins for developers, while Mayor de Blasio has been much more circumspect about providing zoning variances for extra square footage,” explains Snezan Cebic, a broker with Douglas Elliman Real Estate.

The incentive for developers, for the time being, still lies in the luxury market. “Most everything that has been built recently has been more spacious,” says Tim Quinlan, a principal at Manhattan-based Quinlan Development Group. “That’s where we are.”

So while it’s established that single buyers want these types of apartments, the question remains: is there any true financial incentive to build them? “Entry-level micro-units and small studios are predominantly rented by young people out of college, who don’t have the capital to buy,” Quinlan says. “Nor is it worth buying a place in which one only plans to dwell for one to three years.”

Cebic echoed this sentiment: “I have not seen developers respond to the increase in single people. Part of this is due to resale; studios are inherently suited for singles, and therefore do not capitalize on couples purchasing for the first time. This means that their resale value is capped, as fewer people are potential buyers.”

Developers may not see the profit margins for micro-units just yet, but “at some point developers will respond to the increasing number of single people,” adds Cebic. “Unfortunately, that won’t happen as long as there is such a huge price disparity between studios and one bedrooms.”

So while the micro-unit rental is only now entering the zeitgeist, and the micro condo may still be a ways off, failure to give the young-professional market its proper credence may prove to be an oversight for the city. “Younger professionals are equally important to the city’s future and vitality as everyone else,” says Quinlan. “And if they just can’t afford to be here, they’re going to choose other cities like Denver, or Memphis; smaller cities that are starting to compete in regards to offering quality nightlife and restaurant options. If we can’t entice the young blood to move or stay here, then the future of the city is in trouble.” 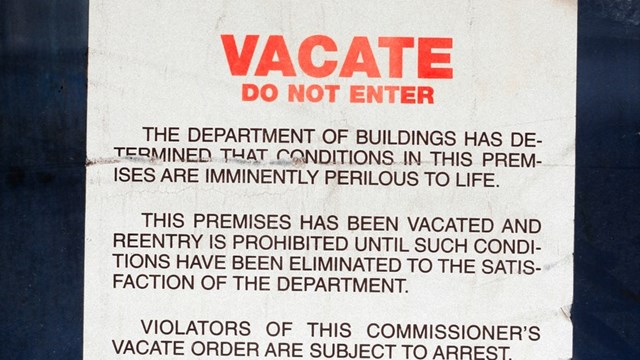 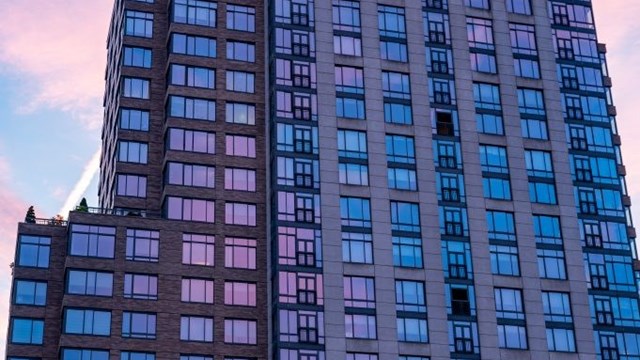