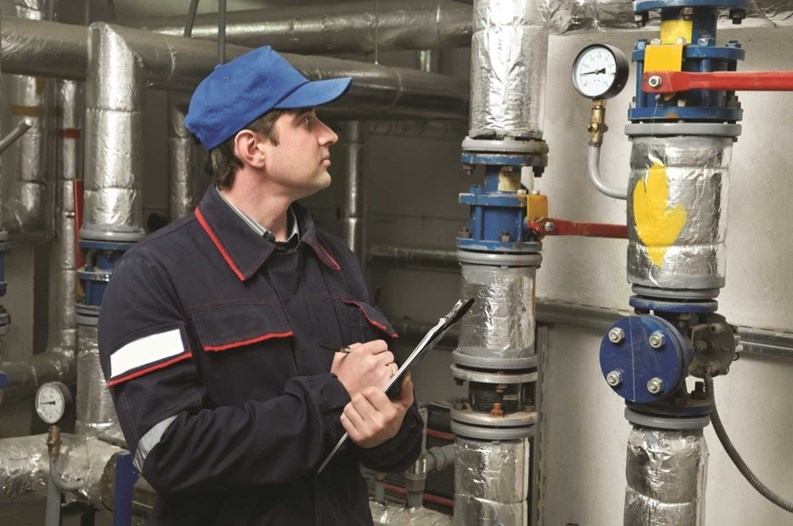 In many ways, a building’s boiler is like the heart is to the body: it provides heat and circulation; it works unseen; and if properly maintained, it will function well for decades without a problem. Maintaining the heat source of the community is as important and as specific as the care people take in watching their weight and their cholesterol levels. And when the weather gets colder and a building’s boiler is taxed harder, it is crucial for the boiler to be maintained well, and for it to be running at optimal efficiency. Failing to do so will inevitably put added strain on the machine and end in a breakdown.

Keeping the boiler system operational is a combination of off-season maintenance and routine checkups. Unless each step is taken and performed correctly, unnecessary problems could plague a boiler. That is why boiler service companies, as well as superintendents or other building employees charged with checking on the boiler, must be trained professionals who understand every aspect of the tasks they perform. Making an incorrect fix on a boiler or failing to fix a boiler that needs repair could cost a building’s residents a lot of cash. Think of it as heat flowing through a hole in a roof, or a faucet left running continuously—money unnecessarily spent on wasted energy costs. Boiler maintenance mistakes could amount to thousands of gallons of wasted water, and thousands of dollars needlessly spent by residents.

But keeping after this basement-dwelling, warmth-producing behemoth isn’t so complex that the average building resident can’t understand the equipment. And if they care about their housing-related finances, all residents will take the time to know a bit about their building’s heating system. Like a running faucet they all would turn off, catching problems with a boiler is time well spent, and money wisely saved.

Boilers operate constantly when they are needed most, and like any machines, they will have problems. But regular maintenance can prevent many unnecessary repairs. Not cleaned properly and a boiler will accumulate soot and other dirty residue. Tests that have been conducted by municipalities, heating plant engineers and boiler manufacturers have proven that even a small amount of soot (1/8" to 1/16") will drain boiler efficiency by as much as 25 percent depending on the system. This amount of wasted fuel translates into wasted dollars to any multi-family building. A boiler system must be completely clean on the water and fire side. A clean heating surface results in maximum heat transfer and less heat (dollars) up the stack.

To prevent excessive soot from building up in the boiler, a building’s superintendent can open the boiler’s blow-down valve for a few seconds each day. This cleans out the sooty residue in the valve. Also as part of its routine maintenance, a boiler’s motors should be cleaned and lubricated once a month.

“If a boiler isn’t cleaned properly, you get residue buildup and lose efficiency. You also shorten its life,” says James O’Brien, owner of Neutro-Chem Boiler Treatment, in Glen Head.

Given proper maintenance, a typical residential boiler can last 30 years or more. Because this equipment uses water, which contains many corrosive agents and which itself also is corrosive to the apparatus, boilers must be regularly scrutinized for potential malfunctions. The superintendent and the boiler servicing company should work together to keep an eye on all of the system’s parts, including the radiators in the apartments. One way this can be done is through training provided by a boiler servicing company to the super or any other employees who oversee the boiler’s operation. Many service companies will provide this training when they install a new boiler, or when a new super is hired by the building.

Boilers require a vigilant eye, meaning any small malfunctions in the system cannot be overlooked even for a little while. A few pinhole leaks in radiators in some of the apartments could end up being very tiny leaks that together waste residents’ dollars. And, overlooking these leaks, residents will surely notice the higher maintenance fees resulting from ballooning energy costs.

Boilers should be regularly treated chemically, to neutralize any corrosive agents that are coming into the system. The boiler’s water should be tested and chemically treated at least six times per year, depending upon the type of boiler. These chemical treatments are essential because they neutralize the oxygen content in the system. This neutralization is important because oxygen is a corrosive agent to a boiler, and so excess oxygen in the system means faster corrosion of the device. While the frequency of these treatments is partly dependent upon the type of boiler, the need for the treatments depends also upon how heavily the boiler is used. Generally, the more a boiler is operated, the more chemical treatments it will need.

In addition to daily or weekly flushing out of the system via the boiler’s lower cutoff valve, a superintendent also should clean an oil-burning system’s oil strainer once a week. If this task is not done regularly, dirt will eventually clog the strainer and shut down the system. A super also should visually inspect the boiler at least once a week, though some industry pros suggest checking it daily. When checking the boiler, the super should inspect the bolts on the pump, check the water level, and always check for oil leaks or water leaks. Simply put, the building super must be intimately familiar with the boiler, noticing any change in it.

“The superintendent should be cognizant of the boiler running efficiently or not,” says Bill Jebaily, owner of Aggressive Energy & Mechanical Group in Brooklyn.

Needless to say, major fixes on a boiler should always be left to boiler servicing company professionals.

At least once a year, a boiler should be cleaned by a professional to ensure optimal performance. This annual cleaning involves vacuuming the fireside of the boiler to remove soot and ensure the machine will run efficiently.

In New York City, annual inspections of boilers are required by law. A boiler inspection report (or BO9), must be filed to the city each year to show the building’s boiler has passed a safety inspection. The BO9 form can filed with the city by either an oil boiler installer, a plumber, or the building’s insurance carrier. The penalty for not filing the report is akin to a parking ticket, but could add up and cost from $500 to $1,500.

During the annual servicing, the boiler’s oil burner also should be overhauled. This involves a professional boiler servicing company’s employees breaking down the oil burner and checking all of its operating parts and replacing worn parts that are likely to fail, before they become a problem. For its annual maintenance checkup, a boiler’s efficiency should be tested as well, Jebaily says.

Annual servicing of a boiler should be done before the cold weather season begins, says Steve Sibrizzi, senior installation manager for Castle Oil in Harrison. The average annual maintenance call to service a boiler takes about six hours, and should be done by a service company—not by the superintendent, he says. The building’s super can monitor the boiler, keeping an eye out for motor or oil leaks, or any gas odor that might indicate a leak. The super should visit the boiler room daily during the winter months to become attuned to the sound of the machinery working properly.

“He can alert a service company if something sounds or looks abnormal,” Sibrizzi says.

With winters as raw as they’ve been in recent years, the importance of having the boiler working well and efficiently cannot be overstated. No one wants to wake up to a cold apartment and feel stuck there as a result of the heater being broken down. A thorough pre-winter maintenance visit by a professional will ensure this won’t happen.

Pre-winter maintenance should start with a thorough brushing out, vacuuming and cleaning of the boiler. The smoke pipe and chimney should be cleaned at the time, and the equipment should be inspected for any signs of leaks. Leaks should be repaired and worn parts replaced during an overhaul of the burner. Finally, the burner should be fired off and tested to verify that it is working properly.

The average annual maintenance visit for a boiler lasts about five hours. Annual servicing should be done before the cold weather comes, sometime from Jan. 1 to early October at latest. This annual tune-up should be done by a licensed boiler installer. Most supers simply are not qualified to do this work, nor are they qualified to do annual inspections of the boiler. “The super has to do his normal maintenance. But he should call a service company for winter prep,” Sibrizzi says.

So don’t get caught out in the cold this winter, or any other. Keep on top of your boiler, and it’ll do its job for generations to come.

Jonathan Barnes is a freelance writer and a frequent contributor to The Cooperator.