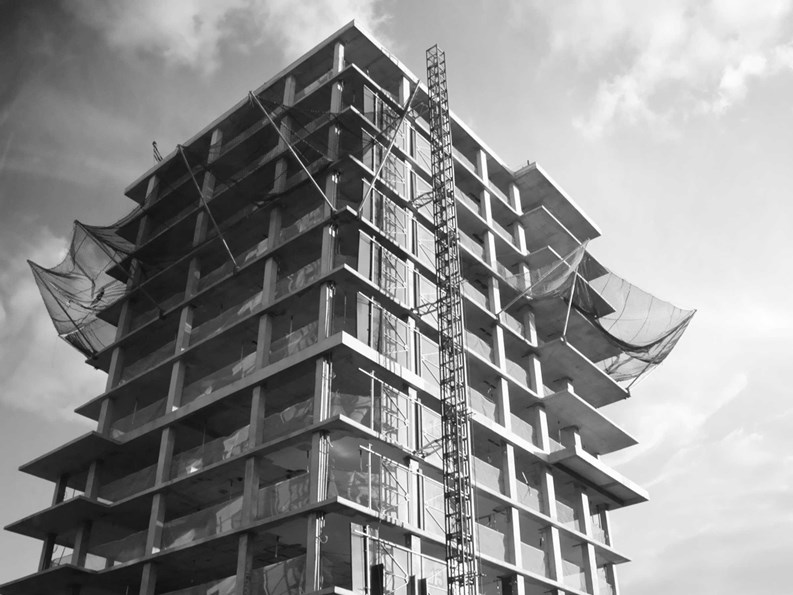 Falling bricks. Rickety scaffolding. An errant nail and an unsuspecting foot. Things can go wrong during renovation and restoration projects no matter what the size and scale of the work at hand. Whether the job is tackling a new façade on a high-rise or putting new shingles on a townhome, anything can happen. That’s why state and local governments put so much effort and energy into ensuring the safety of passers-by and why co-op and condo managers turn eagle-eyed and protective of their residents when large projects loom.

When it comes to ensuring resident safety, the keys are inevitably cooperation, communication and planning. Staying ahead of the curve and taking all necessary precautions can save a lot of headaches—and potential pain—down the road, both of which are good news to shareholders, unit owners and management alike.

Over the years, as New York and New Jersey have grown and residential buildings and communities have expanded, state and local governmental entities have worked hard to keep pace. In New York, the Buildings Department bears responsibility for protecting the public—as well as work crews—from construction hazards. In New Jersey, it’s the state’s Department of Community Affairs’ Division of Codes and Standards that establishes and enforces building codes to protect the health and safety of residents.

With the surge in building that went on for much of the last two decades as well as the more recent incidents in the city including the tragic crane accidents earlier this year, new and increased efforts have been put into play to enhance and update safety protocols. According to a DOB press release issued just this past May, the New York City mayor’s office announced that $5.3 million was being added to the department’s budget, enabling it to launch a new construction monitoring program and increase its staff of building inspectors from 277 to 461. The announcement followed the city’s earlier pledge to spend $4 million to perform a comprehensive analysis of high-risk construction activities.

“The Buildings Department has a critical responsibility to protect the public from construction hazards and to protect the lives and guard the safety of the city’s more than 125,000 construction workers,” said Mayor Michael R. Bloomberg in the release. "Today, we are furthering this mission by investing resources in making sure that the city's diverse and talented construction industry takes responsibility for worker and public safety at construction sites throughout the five boroughs-from high-rise construction to single-family homes ...we [must] devote sufficient resources to aggressively enforce site safety."

Laws that sought to protect both workers and passers-by have been on the books for more than a century. Perhaps the best known is the Scaffold Law, originally enacted in 1885 and revised numerous times over the last 123 years. According to a report issued by the New York State Trial Lawyers Association in 2004, “the Scaffold Law requires that construction project owners and general contractors provide workers with proper scaffolding, harnesses, hoists and other appropriate worksite safety equipment.”

The responsibility for violations of this law is imposed on owners and general contractors. By making them responsible for worksite safety, the belief is that the law provides owners and contractors with “a strong incentive to select subcontractors who adequately budget for safety and who have excellent safety records.” The Scaffold Law also has served to protect pedestrians and others in the vicinity of a job. “A worksite that is safe for workers—where scaffolding and hoists are properly secured, where construction materials are less likely to fall on workers—is safer for the general public too,” the report states.

Over the years, arguments have been laid out against the law, saying it is too restrictive and has led to an increase in the liability insurance burden that must be carried by contractors, ultimately adding to building costs throughout the state.

Regulations enacted by the U.S. Department of Labor’s (DOL) Occupational Safety and Health Administration (OSHA) are designed to protect workers but also can enhance the safety of those around the project. “Typically on such projects, construction employees have to guard against falling object hazards and tripping hazards and must ensure the structural integrity and stability of scaffolds to name a few,” writes Sharon Worthy of the DOL’s Office of Public Affairs in an e-mail interview. “There are OSHA construction standards that address each of these. For example, regarding falling object hazards, the construction scaffold standard requires that employers provide a means of preventing objects from falling from above (toeboards on scaffolds, debris nets, or barricading falling object hazard areas.)”

OSHA also has been working to enhance crane safety regulations for construction crews nationwide. “Cranes pose both crushed-by and struck-by hazards, so OSHA requires that barriers be erected to prevent people not involved in lifting operations from entering the area where a crane is operating,” Worthy writes. “OSHA also has many additional crane safety requirements and is in the process of developing an updated and even more comprehensive crane safety standard.”

Despite the prevalence of significant legislation and safety code enforcement, accidents can still happen -- which is why managers and associations stay alert whenever any type of construction project begins on a co-op or condo. The best way to keep people safe is to communicate, says Mona Shyman, executive vice president of the Federation of New York Housing Cooperatives & Condominiums (FNYHC) in Forest Hills. “What you do depends on the size of the building and the work being done. In general, you need to keep the building advised and let them know how it’s going throughout the length [of the project.]”

Someone who knows that new windows are going in on the 13th floor or a new boiler system is being installed will know to be mindful of any and all activity around them. Constant contact is key, say the experts. “I suggest putting notices under doors, not just posting them in the lobby,” Shyman says. “Let residents know when the work’s going to be done, where it’s going to be done, and when it will affect that part of the building.”

Jay Jupiter, president of Jupiter Affiliates, Ltd., in Manhattan, suggests arranging a day for a more direct exposure to the site. “You might want to arrange a time and day for them to see the project,” he says. That will help them understand the scope of it in a safe and secure setting and also possibly eliminate any curiosity that could get them in trouble later.

Jupiter also suggests that residents be mindful of the fact that trouble does not always come from above. When it comes to resident injuries, he says, “walking around anything is always dangerous. It’s nothing that falls so much as what people can step on, such as nails.” People can also trip and bang into things, he says, because they are not looking at where they’re going. Again, significant signage and constant reminders of the scope and scale of the project can help keep these issues fresh in people’s minds, which in turn will help keep them safe.

Realistically, there’s no way to avoid trouble 100 percent of the time—it’s just the nature of life. Short of “sending them away on vacation” during construction projects, as Jupiter jokingly suggests, it is impossible to keep residents in a protective bubble. It is important to simply remind them at every turn to be careful and ensure that the message was sent through all means available, whether via newsletters or postings or notes under the door.

“People have to use their heads,” Shyman says. If the building warns its residents that the trash compactor is being fixed, and yet they still throw their trash down there, well, “you warned them,” Shyman says.

One important thing to remember, though, is not to frighten residents. Communications have to be done in a way that does not cause anxiety. “It’s the power of suggestive thinking,” Shyman says. If, for example, an elevator has to be shut down for an afternoon, people might suddenly develop a fear of not being able to get downstairs…even if they have no need to get downstairs. Letting people know that in an emergency, fire and safety crews can still reach them might not be such a bad idea.

With regard to stress levels for building managers, hiring a project manager might help ease the burden, depending on the size and complexity of the job. For a major undertaking, the project manager can ensure that all of the right permits have been pulled and the proper exterior signage affixed as well as all of the needed safety equipment installed among other things. For jobs such as repair and renovation of facades, sidewalk sheds will be necessary —those ubiquitous blue passageways that protect pedestrians from falling brick or stone. Sheds are regulated by the DOB, which mandates everything from their size and lighting to the materials with which they must be constructed.

Whatever the scale of the construction project, it is imperative for management, builders and residents to work together to ensure the safety of any and all involved. Laws and regulations must be followed. Safety measures must be taken. People need to look out for one another, to think ahead and try to prevent breakdowns in the system that can lead to injury or damage. Management also needs to communicate clearly and precisely at all times during the process. By following those simple guidelines, work sites can be safe and secure and, more importantly, serve as tantalizing preludes to the beauty of the finished product.

Liz Lent is a freelance writer and a frequent contributor toThe Cooperator.