Of the over 2 million people who inhabit the borough of Queens, there are probably at least one or two members of actual royalty.

They might be from countries few have ever heard of, or from places so remote they don’t often show up on the map. But in what many consider the most diverse neighborhood on the planet, one thing is for sure: If a person lives and breathes and moves to New York City, that person can find a home in Queens.

According to the Queens Historical Society (QHS), the 118 square miles that make up Queens has changed a lot since it was incorporated as a borough of New York in 1898. And even before that milestone, what we now know as Queens went through many transformations.

New York was originally a Dutch settlement, but what was considered Queens in the 1600s was mostly made up of English colonists who gave the area its namesake — a nod to Queen Catherine of Braganza. When it was established as one of the 10 colonies that made up New York in 1683, Queens was three times as large as it is now — it included all of Nassau County, and reached into Suffolk County as well. The land that made up Queens was divided by the English into three distinct towns: Newtown, Flushing and Jamaica.

With the onset of the Revolutionary War almost a hundred years later, Queens was divided. According to the QHS, the final withdrawal of British troops occurred in 1783. Peace returned to the area once the war was over, but some of the divisions of townships that exist today follow territories established during wartime. 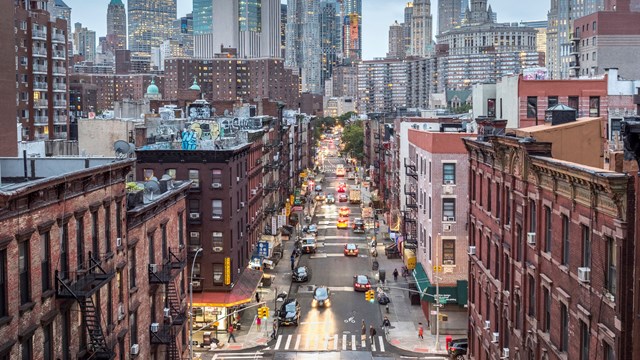