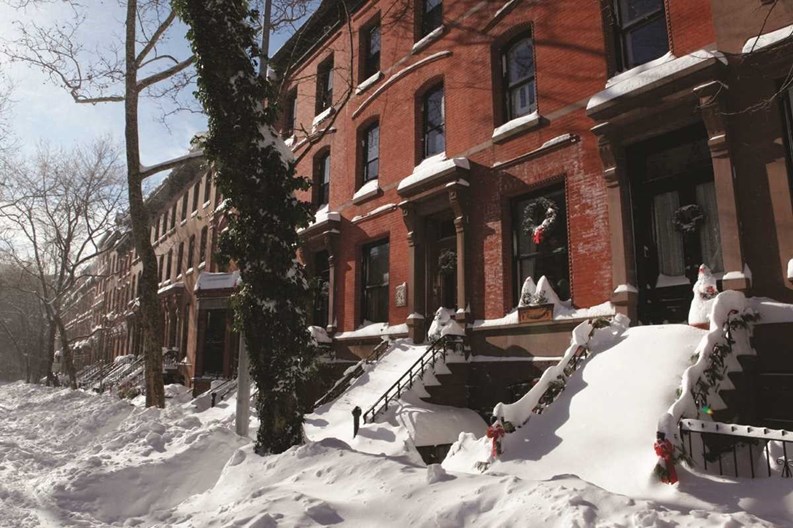 The deep freeze of winter will fall on New York again very soon and most New Yorkers are hoping that we don't get pounded as badly by snow and ice this year as we did some years ago. Because of weather’s unpredictability during winter, precautions need to be taken to protect those who live in the city. Just one slip-and-fall or other weather-related accident might result in a costly lawsuit that could have been prevented.

Keeping in mind the needs of your building—the physical makeup of its exterior and the spaces around it, its entrances and common areas—is essential when planning for winter’s harsh conditions. That planning should begin months before the first snowflakes fall. For some superintendents, that planning is a year-round pursuit.

Many property managers prepare for the winter far in advance. Doing some of their pre-winter tasks well ahead of time helps them to fix some potential problems that could arise in the midst of a snowstorm, such as a boiler kicking off on the coldest night of the year. The best way to avoid such problems is to make sure that preventative maintenance is done on the building’s systems, experts say.

“It’s imperative that before the flakes fall, all buildings have their staff check their sidewalks for cracks, holes and separations that could cause tripping,” says Steven Gold, president of Manhattan-based Hudson View Associates. Such cracks should be repaired before winter, he adds.

Partly because it is cheaper to buy new equipment before winter weather hits but also because it just makes sense, Gold advises supers to use the time before winter begins to fix or replace snow removal equipment such as snow blowers, icebreakers, salt spreaders and shovels. Buildings with unionized workers may also need new coats, hats and gloves for staff of those buildings, as required by union rules. Hudson View Associates managers buy calcium chloride in August, because it’s easier to stock up then since prices for the snow-melter are cheaper at that time of year.

Also before the first frost, the super should have the maintenance company clean the building’s boiler and clean out the stacks, so the smoke doesn’t get backed up later and flow into the building, rather than out of the building. That simple procedure could save the building a lot of money later in the season.

“It’s very cost-effective. If you do the maintenance early, you pay less than not doing the work and having the boiler break down and have to be fixed in the winter,” Gold says.

Some buildings that have cooling towers need to have staff prepare for the cold when the last Indian summer days are waning. Cooling towers need to be weatherproofed for the winter, lest the cold air rush into the building through the tower. For Peter M. Roach, a resident manager and Manhattan chapter president of the Superintendents Technical Association (NYCSTA), shutting down a building’s cooling tower happens in October. “We shut it down and drain it so it doesn’t freeze. Then we’ll check every door in the building. All doors must be self-closing and sealed tight,” Roach says. The idea is to weatherproof the building as much as possible, he says.

You can’t be too safe when it comes to preparing for winter’s harsh conditions, says Mike MacGowan, a resident manager and president of the Manhattan Resident Manager’s Club, Inc. who practices what he preaches regarding building maintenance. If there’s any sign of bad weather, even rainy weather, MacGowan’s staff has instructions to put down carpet runners in his building’s lobby and in the elevators, all of which have marble floors that will be potentially hazardous in snow conditions without the runners. Putting the runners down helps to remove the snow and ice from people’s feet and helps to prevent slipping, he explains. “You open up the building to lawsuits if you don’t,” he says.

MacGowan also posts the five-day weather forecast in his building’s staff-room so that employees know when the foul weather is coming.

Preparing for the worst winter weather is only half the battle—the building’s employees fight the other half outside (and inside) the building during snowstorms. Reacting properly when a winter storm hits is largely a matter of staying on top of the potential problem areas, superintendents and property managers say. Failure to do so in harsh weather can lead quickly to someone ice related falls.

It’s not the cold rain, or the snow alone that can worry Gold in wintertime. The worst type of weather for building staff to deal with is snow and ice together, he says. When snow and ice seem to be pouring down relentlessly, it’s important for the superintendent to put out the snow-melt early in the storm so that the ice doesn’t have a chance to take over the sidewalk.

“If you don’t have [employees] clean up the snow within the first hour-and-a-half of the storm, they won’t be able to clean it up later. The most important thing is to clean the sidewalk down to the concrete to prevent the ice from forming,” Gold says.

Doing a cleanup job halfway during a winter storm is simply asking for trouble, MacGowan says. MacGowan instructs his building maintenance crew to shovel the entire sidewalk free of snow—from the building to the street—not just a path. If you shovel just a path, during the night it’ll freeze over when snow melts onto the path and then freezes up again, he explains.

Property managers and supers should also remember not to neglect what is above the sidewalk during a storm, cautions MacGowan. “It’s very important to clean the snow or ice off of the canopy.” He once saw snow slide off of a canopy and hit a passerby right in the nose, he says.

MacGowan’s building staff uses a squeegee on an extension pole to clean off the building’s canopy and thus avoid any mishaps with snow or ice falling from the structure. Leaving snow and ice to collect on a building’s canopy will damage the canopy over time, which is another good reason to keep the canopy clean, adds MacGowan, noting that canopies can be costly to replace.

In addition keeping an eye on the sidewalk and canopy, before a winter storm MacGowan and his workers stay prepared to do regular mopping of the lobby, since snow will be tracked in and make the floors slick if it’s not taken care of. They work hard to keep the lobby clean and dry during such harsh weather, MacGowan says. “We do have to clean the lobby and elevator more often,” he says.

Roach and his crew are always listening to the weather forecast prior to winter storms, he explains. “If it’s going to be a nasty one, we get the supplies out ahead of it—the shovels and the calcium chloride. We go through about 20 bags of [snow-melt] a winter,” he says. “As soon as we get the weather forecast, the bags of snow-melt go in the service hall and are there for us when we need them.”

Icy weather is the worst weather for a building’s maintenance staff to have to deal with, Roach says. “Snow is bad, too, but you don’t want anyone falling or breaking their head. Our guys stay on top of it as the snow is falling, and they push the snow as far from the building as they can,” he says.

Dealing with the challenges of a winter storm is tough enough for those who are hired to do the task—it doesn’t need be made tougher by equipment breakdowns or systems failures that make life miserable for everyone in the building. Coping with a freezing cold building without heat, or one with too little heat during some of the most frigid temperatures in winter, is likely one of a building manager or super’s worst nightmare scenarios. But with a bit of forethought, facing such a scenario in your building could be as likely as a snowstorm in July.

One consideration that can affect the safe operation of a residential building is the cost of heating oil and the cost of keeping the building heated, explains Gold. “Depending on budget considerations, the building management are guesstimating how much [fuel] the building will use during the winter,” he says. “And the costs of taxes and labor also are increasing.” Gold suggests that a building’s management be conservative in estimating what the residence’s heating costs will be during the upcoming winter.

Remember to take care of a building’s interior and exterior surfaces and critical infrastructure so that all your residents, workers and visitors stay safe and sound this winter. 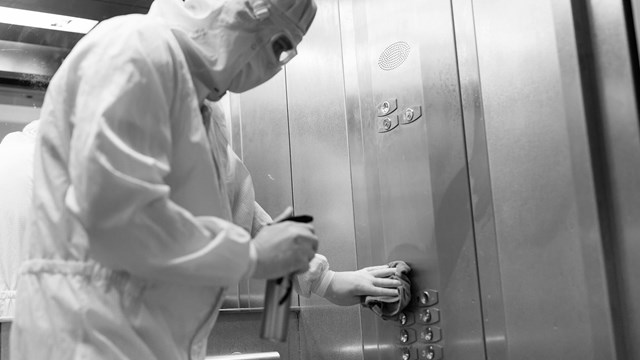