Do not show again [X]
By Anthony Stoeckert   2008 March Organizations 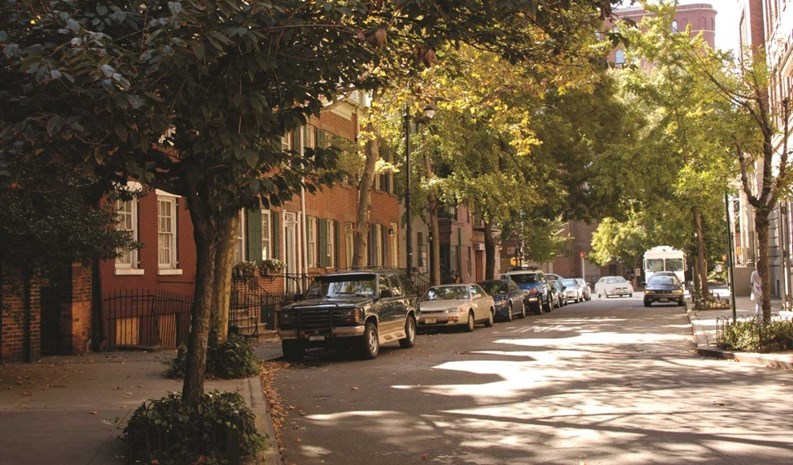 The Dakota. The San Remo. The Ansonia. Greenwich Village. Gramercy Park. DUMBO. New York City and its five boroughs are home to buildings and neighborhoods that are celebrities in their own right, and preserving the historic character and impact of those buildings is an important part of preserving the city's legacy for the future. One group wholly devoted to preserving (and sometimes improving) that legacy is the city's Landmarks Preservation Commission, the governing body responsible for designating neighborhoods and buildings as official historic landmarks.

"The purpose of the commission is to protect and preserve the city's great architecture and history," says Landmarks Preservation Commission (LPC) Chairman Robert Tierney. "The way we do that is to confer landmark designation on individual buildings and on historic districts. Once they are subject to that designation, they are protected by the landmarks law—and the Landmarks Commission carries out the landmarks law."

Because many of the city's residential buildings are landmarks or are in landmark districts, their maintenance and operation often falls under the jurisdiction of the LPC. Tierney says the exact number of condo and co-op communities that have been declared landmarks is unknown, but of the 24,000 buildings that do have the designation, he says the "overwhelming majority" are residential properties. And many of those, he says are multiple-dwelling, which would include "almost exclusively" condos and co-ops.

The commission was founded in 1965 by Mayor Robert Wagner, and given the power to confer protection on landmark buildings and neighborhoods, shielding them from destruction by development or neglect. The law was enacted in the wake of concerns over the destruction of important structures—most notably the 1963 demolition of the original Penn Station to make way for Madison Square Garden. Since its creation in 1965, LPC has granted landmark status to some 24,000 buildings, including 1,181 individual landmarks, 120 interior landmarks, nine scenic landmarks and 90 historic districts in all five boroughs.

The loss of Penn Station's historic architecture (and the public outcry against it at the time) was one of the key events that led to the establishment of both the landmark law and the commission in order to protect New York's "architectural, historical and cultural heritage."

Today, the commission consists of 11 commissioners and other full-time staffers, including architects, architectural historians, restoration specialists, planners, and archaeologists, as well as administrative, legal, and clerical personnel.

When asked why the commission and its work are important, Tierney suggests looking at the Upper East Side, Brooklyn Heights, Greenwich Village and noticing the "block after block" of buildings that have been granted landmark status.

"New York would not be what it is without the landmarks that it has and the sense of place of those neighborhoods," he says. "When people come to New York, where do they go? Lots of places—and many of them are individual landmarks like the Empire State Building, Radio City Music Hall and St. Patrick's Cathedral."

Preserving tourist attractions fits one of the reasons stated in the original landmarks law—that they are needed for the city's economic health and to promote tourism—but "more viscerally," says Tierney, "New York would not be New York without its historic neighborhoods."

In order for a building to be granted landmark status, it has to be at least 30 years old and have "architectural, historical or cultural" significance. Tierney describes the application process as "simple," adding that anyone who believes a neighborhood or building should be considered historic can request an evaluation at the commission's office or online at www.nyc.gov/ html/lpc/html/home/home.shtml.

The Landmarks Law requires that, to be designated, a potential landmark must be at least 30 years old and must possess "a special character or special historical or aesthetic interest or value as part of the development, heritage, or cultural characteristics of the city, state, or nation."

There are four types of landmarks:

Individual Landmarks(individual structures that can range from bridges to rowhouses to skyscrapers; examples include the Woolworth Building, the Langston Hughes House in Harlem, and the Wonder Wheel at Coney Island);

Interior Landmarks(building interiors that are "customarily open or accessible to the public," such as the Marine Air Terminal at LaGuardia Airport, the RCA Building Lobby, and the Ed Sullivan Theater);

Scenic Landmarks (city-owned parks or other landscape features, such as Prospect Park, Central Park, and Ocean Parkway); and Historic Districts(areas of the city that possess architectural and historical significance and a distinct "sense of place," such as Ladies' Mile in Manhattan, Cobble Hill in Brooklyn, and St. George-New Brighton in Staten Island).

Applications can be filed by people associated with a building, or by an advocacy group. Sometimes a commission staff member may initiate the process, and Tierney says he often gets calls and e-mails from citizens suggesting buildings as potential landmarks.

After an application is filed, it goes through what Tierney describes as a "careful process," one that includes review and investigation by evaluators, researchers, historians and architectures. It then goes through various channels within the commission, ultimately to the chairman's office.

"If it passes through all those tests and meets all those criteria along the way, it goes to the full Landmarks Commission for a vote," Tierney says.

For people of a certain age, the idea of a building that was constructed in the 1970s being a protected landmark may seem hard to swallow—who wants to be older than something that's historical? But some buildings, like the Seagram Building on Park Avenue, are designated as landmarks almost as soon as they turn 30 because of, as Tierney puts it, their "overwhelmingly important architecture."

Landmark status doesn't mean that every aspect of a building has to remain intact forever. Improvements aimed at improving the quality of life in a building—and of course safety—are part of landmark life.

"It doesn't mean you can't make changes," Tierney says of landmark status. "People make changes all the time. We encourage change, and we encourage adaptive reuse. But the changes have to be appropriate, something that is not jarring and is consistent with the overall architecture and design and sense of place of the buildings around them."

So say you live in a landmarked building and you want to, say, change your building's windows. You would hire a vendor and get a proposal as to the work that will be done. Those plans, along with the form, would be submitted to the commission—and according to Tierney, in most cases approval will be granted within a few days.

"If it doesn't raise any huge questions, if it's basically the same kind of window, the same profile, and it's not some horrible color or something, it would get approved simply, easily and quickly," Tierney says.

The historic designation applies almost exclusively to exteriors. Homeowners don't need to file with the commission to paint walls or get a new kitchen floor (though they do have to comply with a building's bylaws and governing documents).

"By and large, we don't regulate interiors at all, but if you're going to do a new kitchen in a co-op or condo, we do a very quick filing and simple review to make sure nothing you're doing on the inside affects the visible part of the building," Tierney says. "The classic example is you don't want a huge vent to be visible on the front façade of a landmark building."

Some lobbies have been designated landmarks as well, but that doesn't often pertain to residential buildings.

"There are a few very iconic buildings that are interior landmarks, but they have to be publicly accessible at the time of designation," Tierney says. "We have Radio City Music Hall, for instance, or the lobbies of the Empire State Building and the Woolworth Building."

Obviously, work that is needed in the event of an emergency is approved quickly.

"We never stand in the way of an emergency permit if… things are falling off the façade, the cornice is collapsing, there's a fire, God forbid, or any of that," Tierney says, "we immediately [approve] any emergency work that has to be done."

When asked if people enjoy being part of landmark structures, Tierney says it's his impression that buildings take pride in being part of New York's cultural heritage. While some people may think being involved with a government agency can complicate things and make it harder to sell apartments, the commissioner says the opposite is true.

"Not only does it not diminish the property value, it increases the property values over and against non-landmark properties because [landmarked buildings] are better-cared for," he says. "And because they have an intrinsic significance to begin with, people like living in them."

Tierney cites his own home (in a co-op in a historic district in Greenwich Village) as evidence that living in landmark buildings and neighborhoods makes for better living conditions.

"The sort of overall impetus there is for improvement and care and restoration, so I think it's largely a positive."

So while no one loves filling out forms, Tierney says the commission's "simple and user-friendly" system makes dealing with his agency easy."We don't have to have owner approval, although I seek it out every time we do a designation," he says. "We like to have a partnership with the [building] owners; it makes everything work much better."

So if the building you run or live in is a designated landmark (or may be in the near future), Tierney would encourage you to take pride in being part of something that help makes New York special.