Purchasing a building’s heating oil is one of the most important decisions a board has to make. And in this era of ever-rising fuel costs, it’s also one of the most frustrating. When deciding how to pay for their buildings’ heating oil, boards need to determine which method works best for them.

A Tale of Two Options

There are two basic options a building can choose from when deciding how to be billed for oil: fixed rates and floating rates. A fixed rate means the building will buy its oil at specified price that will not change over the course of the year. Buildings that choose this method may have to commit to buying a certain amount of oil over the course of the year, and will pay for oil whenever a delivery is made.

Floating rates mean that the price paid for oil will be based on the market rate at the time the oil is purchased and delivered. That means the price paid can go up or down with every delivery. Some companies also offer what is called a price cap, which designates a maximum price per gallon that homes or buildings will pay, regardless of how much heating oil might rise.

“They can get a delivery on August 2, and if they get another delivery on August 19, they can be paying a different price,” says Rodger Loughlin, an owner of Ferrantino Fuel in Park Slope, Brooklyn. “It can go up, and sometimes it can go down.”

A Little Bit of Both

David Sokol is the vice president of Plymouth Rock Fuel in Brooklyn, a company that offers both fixed and floating prices. According to him, there is more than just one way to negotiate a fixed-price fuel bill.

“With a fixed deal,” says Sokol, “you can fix on a month-to-month basis. Generally, people like to fix between October and April because that’s when the highest usage for heating is. There are also people who like to fix for 12 months, which is fine. Some like one price for all 12 months, some like a fixed price, but a different price every month.”

Sokol goes on to say that clients can work out a price for January when they’re probably using more, then work out different prices for other months.

“I could fix you a price right now for December and one for February,” Sokol says. “It doesn’t have to be consecutive, you can choose to buy a little bit of fuel of December and February, and the rest you can go floating on the market. A lot of our customers like to do a mixture.”

“A fixed price does not guarantee you’re going to pay the cheapest price available for the year says Carla Romita of Castle Oil Corporation in Harrison. “A fixed price guarantees you’re going to pay that price for that fuel for the year. If the market goes down and you’ve signed a fixed-price contract, you’ve obligated yourself to pay a certain price for the fuel you purchase during that year.”

“It has the benefit of certainty for someone who needs to be on budget and has to make a projection and know what they’re going to spend,” Romita continues. “You have the comfort you’re going to spend this much, not more not less, but you’ll have certainty.”

With floating rates, you’ll pay the current market rate, so you’ll always be paying a price that is competitive at that moment. The downside comes if prices increase significantly, which can result in paying a higher price than you would have with a fixed rate.

“With a floating price, you get a market price, then you’ll get a competitive price all year at the time you purchase the fuel,” Romita says. “It could be more than the fixed price would have been, depending on when you signed your contract and locked in your price—or it could be less depending on whatever’s going on anywhere in the world.”

Sokol says that a building’s fuel buying strategies can sometimes feel a little like gambling because the market is so volatile.

“A drop of a hat can make it go up or down,” he says. “Some people don’t like to fix all their fuel — and we recommend that they don’t. [It’s smarter] to do it on an incremental basis. Let’s say you’ll use 50,000 gallons in December, so we’ll say fix $25,000 or $30,000 of the total, and then float with the market on the other part. You can average yourself out if you have an up- or downturn of the market, so this way you’re pretty much protected.”

What makes the process tricky is that the cost of oil fluctuates unlike any other resource. Before last summer, gas prices were well below two dollars a gallon, now they’re above three dollars a gallon in many areas. According to Romita, while prices are influenced by supply and demand and transportation costs, factors that have nothing to do with supply and demand can also have an influence. Sometimes a piece of news that is interesting to people in the business can affect the cost of oil, sometimes for a very short amount of time.

“The day Abu Musab al-Zarqawi was killed, the market went down precipitously the next morning around the world,” she says. “By the end of that same trading day, prices were up where they had been the day before. So it wasn’t really news that affected oil supply, but it was news—and there were enough people in the market buying and selling based on that news that if influenced the market that day.”

What Works Best for You

Castle also offers residential customers a budget plan program enabling consumers to make direct payments for fuel oil throughout the year. This allows homeowners to spread out heating costs over twelve months to avoid having to make higher payments in the colder months when more oil is being used.

According to Romita, buildings need to determine which system best suits their needs, and also fits what they are comfortable with.

“If your goal is to know with certainty what your energy budget is going to be and that you’re going to meet it, then a fixed price is probably a good way to go,” she says. “If your goal is to make sure you’re always paying a competitive price, then they go with a floating rate. You have to leave it up to the customer. It’s really their tolerance for risk either way.

One thing Romita says you shouldn’t do is try to beat the system by switching back and forth between fixed and floating in an attempt to get the best deal.

“Some customers switch back and forth each year hoping to win,” she says. “You can’t play it to win like that,” she says.

“Winning can’t be the goal because if anybody could pick it every time, you wouldn’t have to work for a living, you’d be on your computer making trades all day. Nobody knows for certain. Everyone makes predictions and the reason there’s a market is because for everyone who makes a prediction going one way, there’s someone making the opposite prediction.”

Loughlin says that no one knows when oil prices are going to rise, adding that if he knew, he’d “buy 10 million gallons.”

“I buy from five different wholesalers, nobody knows [when prices will go up], he says.. “We didn’t expect the war to break out between Israel and [Hezbollah], and all of a sudden that happened,” which in turn resulted in oil costs going up.

You might think that ever-increasing oil prices may be leading to a trend one way or the other, but Romita says different people have different perspectives on fixed vs. floating.

“Some customers need to be confident that they’re paying a competitive price, so many of them will float,” she says. “Others are convinced the market is only going to go up, so they fix as early as they can. People will fix when they reach a number they’re comfortable with and it depends on what they’re worried about and it’s on both sides of the equation, it’s not more one way or the other.”

Floating prices can even be negotiated in a contract from delivery to delivery. How many deliveries a building gets depends on the size of the building, says Sokol. Some get fuel every week, or twice a week, or even every two weeks.

“Generally,” says Sokol, “we like to keep it at a contract or a half a contract.” A contract means that in one month, the building has to guarantee purchase of 42,000 gallons, which is a standard contract amount. Many fuel companies offer a half-contract for 21,000 gallons and no premium. Sokol adds that if a building goes over that number on the fixed rate over a contract, they go to a floating price.

As to how the city’s residential buildings may be trending in regards to their fuel-billing patterns, Sokol says that it varies, depending on the market, the weather, and other factors that change from season to season.

“People are very skeptical about fixing right now at the end of the market,” says Sokol. “The market is the highest we’ve seen it. Usually in the summer you see it trickle down a little bit, but the last couple of years, that hasn’t been the case.” Sokol says that hurricanes, the Gulf War, and terrorist concerns boosts the market. “Whether it’s artificial or not,” he says, “the market is very inflated.”

Loughlin says most buildings choose floating rates, estimating that about 70 percent of the buildings he deals with choose that method.

“They’d rather take the chance,” Loughlin says. “There was a time two years back where people locked in, and let’s say they locked in at $2.70 a gallon, all of a sudden in the middle of the winter, the rate drops 20 cents, and they’re locked in.”

Even in this day and age with such high oil prices, Loughlin says most buildings prefer a floating rate.

As with any other decision, a board should be as knowledgeable as possible about the various methods before making a choice. Romita says an oil supply company should be available to work with a board so that it can make an informed decision.

“We work with managing agents and boards,” she says. “In the end it’s usually a board’s decision, but the board may take direction from a managing company. Ultimately, although the managing agent makes a recommendation, the board makes the decision as to how they’re going to go. We’ve made a number of presentations to boards explaining how it works, so that they have the tools they need to make a decision.” 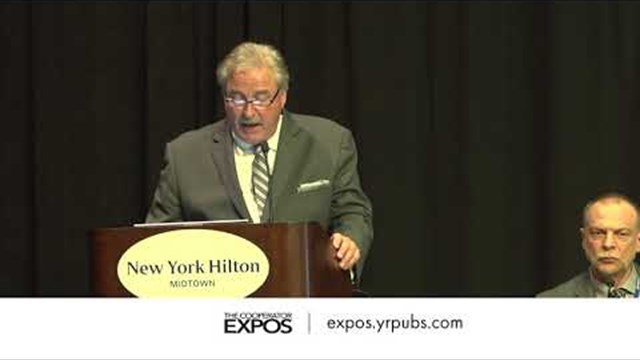