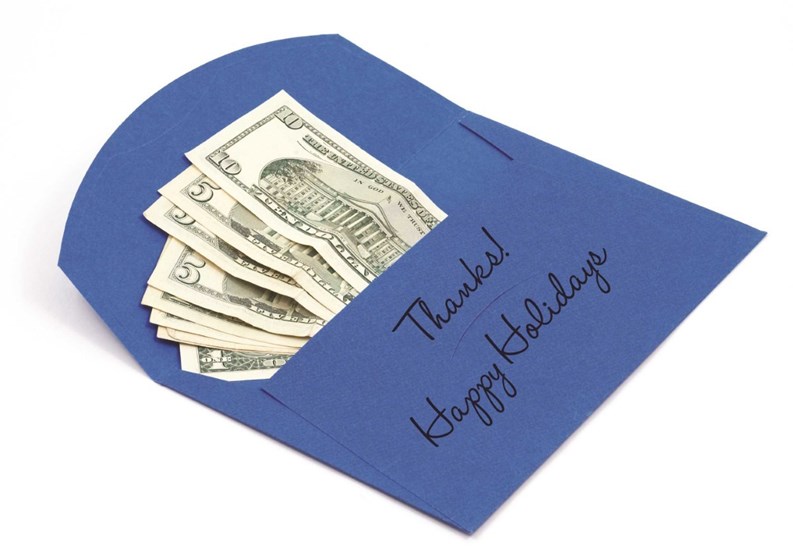 As the holiday season approaches in the Big Apple, many New Yorkers may be preoccupied with choosing gifts for picky family members, finding a parking spot downtown, or snagging that coveted new smartphone. Those who live in multifamily buildings or condo associations have an extra item to put on their list of holiday to-do lists, however: tipping their community's service providers. Those might include a doorman, a chief engineer, building superintendent or handyman, groundskeepers, or any number of others who keep your co-op, condo or HOA clean, well-maintained, and secure.

There's no truly definitive account of how the custom of tipping began, or where, but most historians agree that the practice likely originated during the heyday of the Roman Empire with rich, landowning citizens tossing a few coins to the peasants as a conspicuous demonstration of wealth. It has also been suggested that “tipping” was the term used by feudal lords in Medieval Europe to describe their practice of throwing the occasional piece of gold to their serfs as they passed on horseback. It's also been asserted that the term “tips” itself is an acronym for “To Insure Prompt Service”—though who originally coined it is a mystery.

As for which service providers are most commonly tipped—at least in the United States—the list includes everyone from hair and nail salon workers to bellhops, cab drivers, newspaper delivery people, porters, valets, bartenders, and, of course, restaurant wait staff.

As multifamily housing became the norm in densely populated urban areas in the late 1900s, building staff joined the Who-Gets-Tipped list. From the doorman who greets you, signs for packages, and keeps an eye out for your safety to the building custodian or handyman who doesn’t grumble (much) about being called to deal with a leaky steam-pipe at the crack of dawn on a Sunday morning, building staff work hard 24/7 to make things easier and more convenient for you as a resident. When the holidays roll around, it’s simply good manners to show your staff a gracious gesture of thanks for a job well done.

It’s not unreasonable to ask why we tip at all in the United States—plenty of other countries don’t do it, and after all, keeping the boiler running and helping residents out is the super or the building engineer’s job—he gets a salary already, right?

That may be true, but according to etiquette maven Emily Post, “Holiday tipping is a way to say ‘thank you’ to those who have provided service to you throughout the year—letting them know you’re pleased with what they have done for you.”

There are books, blogs and numerous articles offering advice on when to tip, how much to tip and the mechanics of tipping but there are no hard-and-fast rules on holiday tipping for a co-op, condo or HOA staff, and it is next to impossible to put a price tag on a secure building, an important package collected in a timely manner, or a tail-wagging dog that has just been walked. Times are still tough out there, and many building staff—especially part-timers and non-union workers—may be feeling squeezed at this time of year.

Many New York City building workers belong to the Service Employees International Union, (with 145,000 members, SEIU is the largest property services union in the country), and Local 32BJ has more than 30,000 local members who serve as residential doormen, building maintenance workers, supers and resident managers, mostly in New York City, the Hudson Valley and northern New Jersey. SEIU, whose members also include janitors, porters, security officers and window cleaners, among other functions, believes that holiday tipping of building personnel should be a personal choice. “We completely leave tipping up to the tenants,” says an SEIU union representative. “We don’t make any recommendations. That’s strictly between the tenant and the doorman or any other service worker.”

How you choose to tip your association's staff members depends on a number of factors. According to Emily Post’s website (www.emilypost.com) the main variables to consider when determining gratuities for building staff are:

Your budget. Post stresses that you should not feel obligated to go beyond your (or your building community’s) budget.

Frequency and Quality of Service. There’s a big difference between a smiling doorman you see several times a day and the grouchy HVAC guy.

Type of Establishment. Is your building a luxury high-rise overlooking Central Park or is your HOA or condominium more moderate?

Location.Tipping tends to be higher in larger cities.

The holiday season is the time to thank those who provide year-round services and many building staff may be depending on holiday tips and bonuses as part of their income. Housework is sometimes referred to as 'invisible work', because you only notice it when it’s not done. The same could be said for a seamlessly-run building. So keep that in mind when tipping your building staff.

The various amounts listed below are averages of suggested figures published by Emily Post, the writers at tipping.org and Jean Chatzky, financial editor of NBC’s Today Show and the director of education for Savvymoney.com. They are by no means an exhaustive or ironclad guide, but should serve as a starting point in determining tips and gratuities for your community's support staff.

Building Superintendents and Building Maintenance Personnel: $30- $100 each. According to Chatzky, “These are the folks with whom you need/want to curry favor. They’re the ones who you want to go above and beyond for you if you’re ever in a huge jam.”

Doormen:$25 - $100 each. Are they nice? Surly? Does he sigh loudly at the tiniest request? Take all these factors into consideration, along with the profile and economics of the building or HOA itself.

Building Custodians/Porters: $20-$30 each: This job is not easy. If your pizza box clogged up the garbage chute more than once, or if your dog committed an indiscretion in the lobby, tip extra.

Handymen:Emilypost.com recommends $15-$40 each, depending upon the quality and frequency of their work.

Garage Attendants: $10-$20 each: If you care about your car, tipping.org suggests treating these workers generously. According to the Holiday Guidelines Tipping Page, “If you have unusual times when you bring your car in or take it out, or if you like to have your car ready when you get there, a half month’s rate divided amongst the attendants is considered good practice.”

Mail Carriers and Garbage Collectors: Civil servants and all government employees are prohibited from receiving money as a gift or gratuity. The United States Postal Service (USPS) asks that gratuities have a cash value of no more than $20.

Other Folks: This is a broad list, and could include nannies/full-time baby sitters, home health aides, personal assistants, full-time housekeepers. “These are people with whom you couldn’t function,” says Chatzky. “If they don’t show up, you can’t get on with your day.” So show them your appreciation with a little something extra this time of year.

In some buildings a holiday fund is set up, with monies collected via check from each unit and distributed equally among building employees, while other buildings are more casual, leaving it up to individual residents to tip the staff members as they see fit.

However your particular community chooses to handle it, consider that in the words of Emily Post, “Holiday tipping is really holiday thanking,” and remember that holiday tipping is a tangible acknowledgment of a job well done.

Christy Smith-Sloman is a staff writer at The Cooperator. Associate Editor Hannah Fons contributed to this article. 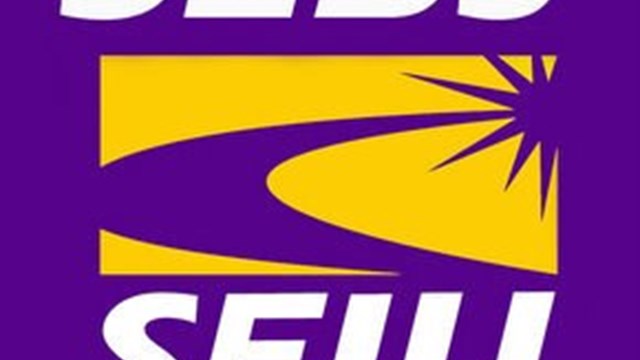