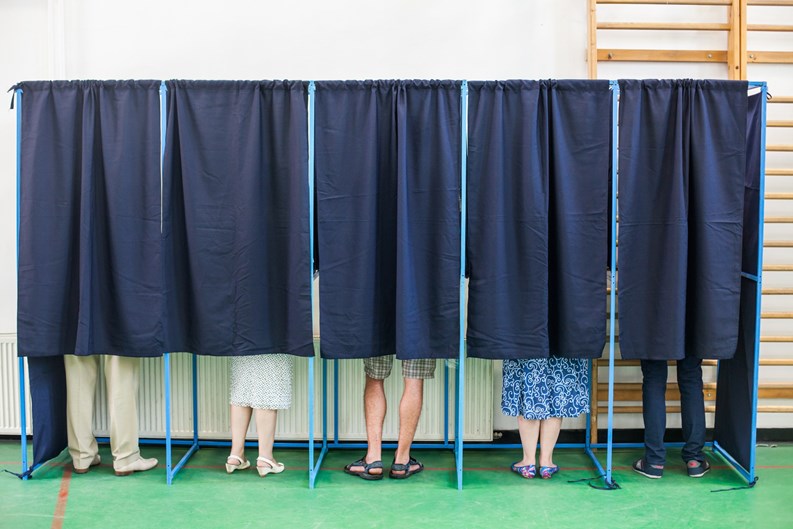 Whether you live in a condo, co-op, or HOA, board elections are a complicated process, especially when it comes to voting and counting ballots. Yet electing (or re-electing) a board is probably one of the most important exercises the residents of a co-op or condo building can engage in on behalf of their community. After all, board members are the ones who make the crucial decisions about how their building is run – from maintenance schedules to major capital improvements.

Most board members are elected by their neighbors. For example, Mr. Smith runs for a spot on the board – president, for example – and residents like Mrs. Jones vote for him. However, the process often raises questions among candidates and voting residents alike about what the proper procedures are, when exactly residents must be notified of an upcoming election, and the use of proxy ballots. While the process may seem complicated at times, it doesn’t have to be. Let’s break it down.

First, the election of a board of directors or board of managers is generally held at the annual meeting for the co-op corporation or condominium. “Each community will need to follow their state statutes and governing documents, such as the bylaws, as we have seen some documents even call for a semi-annual election,” says Ruth Ingoldsby of Vote HOA Now, a company based in Tigard, Oregon that provides online voting solutions for HOAs.  “Ultimately the board has a fiduciary duty to the association, which includes doing what is necessary to have a fair election.”

The election process also differs from region to region and state to state. Some buildings use paper ballots, while others have switched to online voting. Choosing the voting and tabulation method depends on the building community – as well as their bylaws. Resident preference factors in as well, with more and more HOAs and buildings opting to convert to online voting from more traditional paper ballots for reasons of sheer convenience. “So many people that want to vote need to vote,” says Linda Gibbs, President of the Floral Park, New York-based Honest Ballot, a company that handles private elections with condos, co-ops, and associations all over the country, “and yet some – like homebound residents, for example – don’t have the opportunity. Nowadays, however, the elderly are using Skype or using their phones [to cast votes and be heard].”

It’s interesting to note that no matter what the location, there is really only one difference between the actual process of co-op and condo voting. “The only difference is that it just depends on the shares,” says Gibbs. “A condo does voting by percentage of interest, while a co-op would do voting by shares or cumulative voting – but otherwise there’s no difference. Also, it depends on whether the bylaws say they have to vote in-person or they can to vote by proxy or by absentee ballot.”

What is a proxy? There are two kinds of proxies actually – directed and discretionary. “A directed proxy has [candidates’] names on it,” says Gibbs. “A discretionary proxy has no names on it. A person brings it in, and we give them a ballot. I like to send a proxy with the names of the people who are running, but sometimes I don’t have the names because the nominations are from the floor. Then, we just bring a blank ballot and put [the candidates’] names on the night of the annual meeting.”

According to attorney Ronald A. Sher of Himmelfarb & Sher, LLP, in White Plains, at the annual meeting the managing agent takes the role of election inspector, signing in the shareholders, giving out the ballots, and doing a tabulation to determine whether a quorum is present. “This quorum represents 50.1 percent of the shareholders in person or in proxy,” says Sher, “but that’s not by unit, it’s by shares.”

The number of residents required to be present in order for an election to happen can get a bit more complicated. “There are some co-ops that count a quorum by units, and most co-ops will have voting per share on a prorated share basis,” says Sher. “Voting can be somewhat involved if the difference is between no cumulative voting or cumulative voting.”

For example, if your unit is allocated 100 shares, you can cast 100 votes for each candidate running. “On the other hand,” Sher continues, “cumulative voting is the right to aggregate the number of shares that you have, which are multiplied by the number of candidates that are running. So, you have 100 shares and seven candidates, so it’s 700 votes for one person – or you can separate them.”

The Business Corporation Law (BCL) requires that election inspectors be sworn in and take an oath that they will perform their duty to fairly and impartially tabulate the ballots, and to preserve and maintain the confidentiality and privacy of the election process and results to the best of their ability. “They’re generally prohibited from disclosing, disseminating or publishing who voted for which candidate,” says Sher.

Once all of the votes are in, the ballots are collected and the inspection will continue in another room, depending on how many units there are. “They will tabulate and keep all the ballots, and will issue an inspector’s report to certify their results, indicating which candidates received which number of votes and who was the winner,” says Sher.

Sadly, fraud and impropriety happen in the voting process. While issues have cropped up in co-ops, condos, and HOAs across the country, Florida in particular has dealt with more than its fair share of election-related conflicts – so much so that in 2016, a grand jury was convened in Miami-Dade County to investigate how the Florida Department of Business and Professional Regulation (DBPR) had handled reports and complaints of board election problems from Sunshine State condo owners. According to a February 2017 report by the Miami Herald, “The grand jury report makes it clear the Florida Department of Business and Professional Regulation ‘is not effective and doesn’t protect condominium owners from fraud and mismanagement.’”

The grand jury issued a series of recommendations for changes in state laws to correct some of the principal issues: open access to condo association records; conflicts of interests among members of association boards; fraud in board elections; the powers of election monitors; and the responsibilities of the DBPR to oversee and address charges of wrongdoing.

So regardless of where your building or association is located, how do you keep your election honest?

“Sometimes people will attempt to submit fraudulent proxies, or make claims that there was an erroneous tabulation or calculation of the ballots, or that certain people should not have been permitted to vote because they didn’t have the effective proxy,” says Sher. “But generally you can trust your accountants, attorney, and managing agent to preserve the integrity of that system.”

To help preserve that integrity, managing agents will sometimes bring in an outside service to conduct the election and tabulate the ballots. “Does that mean that [a professional election-running service] does it any better?” asks Sher. “They are not conflicted and they are deemed to be disinterested, but they take the same votes and perform the same duties.”

In cases where a tabulation company is hired to administer an election, the board supplies the company with an up-to-date, accurate roster of who’s in the building, and who’s eligible to cast a vote – the operative terms being ‘up-to-date’ and ‘accurate.’ “I don’t know [the residents],” says Gibbs. “So the board’s lists have to be accurate and good. Then I send out the a nomination mailing letting everybody know the election is upcoming, and asking if they want to run. Then they send it back to me.”

Gibbs says that beyond furnishing the tabulation company with a current list of residents, the board and the property manager really shouldn’t be involved in the process. “When I do an election, I like to have the control, because if anything goes wrong, it’s on me,” she says. “A lot of [boards] want to do their own mailings, but how do I know they’re going to the right apartments? If I have the mailing list, I send it everyone and we have a receipt showing that that mail went out. That way, if there was any protests, we can back it up.”

Once everyone has been alerted that an election is coming up, and aspiring board members have gotten their names on the ballot, it’s time to let the voting begin. “If there are paper ballots that have been mailed in, those are carried to the annual meeting and often counted in the back of the room while the meeting is taking place,” says Ingoldsby. “If the vote is electronic, the ballots are tabulated by the system. More boards are considering online voting, not just for the time and money saved, but also to achieve quorum and to alleviate contentious elections by providing third-party separation. With online voting, the tabulation is done by the voting system, and votes cannot be altered – so there is no worry of miscalculated or miscounted votes.”

If a building or association hasn’t secured the services of a tabulation company, then either a voting committee, resident volunteers, or representatives from the management company will usually be the ones to tabulate and confirm the votes. In those cases, “It’s up to the people involved to be honest,” says Ingoldsby.

Anyone can contest the validity of an election within 120 days of that election. If all seems well and nobody speaks up, “Thereafter it is deemed valid,” says Sher. “People can ask for a recount, but it doesn’t mean that they have the right to review the ballots. The recount can be done by the inspectors of elections, but it doesn’t necessarily have to be. That’s up to their discretion.”

In the final analysis, transparency is the watchword with building and HOA elections. If a board is doing its diligence, it should take no umbrage with letting its constituents in on every step of the process. And when considering a new method of voting, be that electronic or otherwise, a board is advised to seek recommendations from similar associations, to best ascertain which third-party service or system is most secure for its needs.

Lisa Iannucci is a freelance writer and published author, and a frequent contributor to The Cooperator.