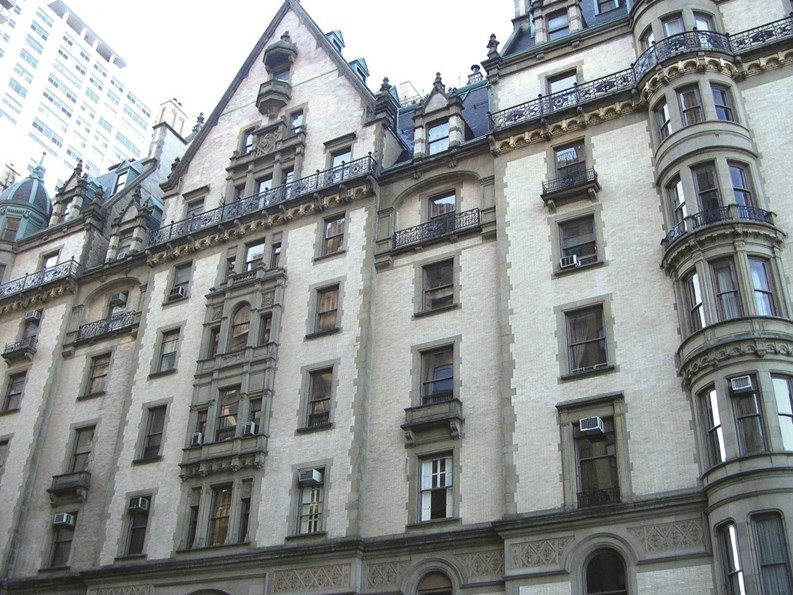 “Each of these landmarks is an icon, and each has a lot to say about the city’s architectural evolution, as well as its social and historic development,” said Commission Chairman Robert B. Tierney on the historic day. “It’s a great day for preservation in New York City—particularly for modern architecture.”

Historic landmarks offer striking examples of New York City’s rich architectural heritage and the vintage architecture is one of the New  York’s greatest charms. But not all landmarked buildings are commercial or public  structures—many house co-op or condo communities. While these historically and  architecturally significant buildings are highly desirable places to live, they  come with some unique concerns when it comes to maintenance and restoration  projects.

Not every building that applies for historic landmark status gets its wish. If  the owners of a building in New York City are considering asking for landmark  status, there is a process that needs to be followed, starting with filing a  Request For Evaluation of Landmark Potential with LPC.

“We do an evaluation and determine if there is something worth pursuing and worth  recommending to our 11 appointed commissioners. A building has to be at least  30 years old and of special historical, cultural and/or architectural  significance to the city of New York,” says Lisi de Bourbon, the commission’s public information officer. “It requires a great deal of research and collaboration with the public, advocacy  groups, the City Council and other elected officials.”

There are 92 historic districts across the city, with the Upper West Side and  Upper East Side each home to more than 2,000 landmark buildings.

“The Landmarks [Preservation] Commission are building preservationists, and they  care about the original design and what it was tailored for,” says Wayne Bellet, owner of Manhattan-based Wayne Bellet Construction Co.,  Inc., which has done hundreds of restoration projects of historic buildings in  Manhattan. “I admire what they do.”

Playing By the Rules

When a building wants to make a change to the exterior of a historic landmark  building, there are special needs required and the contractors who work on the  buildings need to be aware of what is necessary.

“From a contractor’s point of view, you are somewhat at the mercy of the Landmarks Commission,” Bellet says. “If you know what you are doing, there are no surprises, but they are the entire  authority on what is going to be done.”

A co-op or condo’s administrators know whether their building is a historic landmark, or in a  historic neighborhood, and should do a little research to learn if they’ll need to make special arrangements to have any work done on the façade, windows, or any other feature.

It doesn’t matter who contacts the LPC—it can be a professional project expeditor, a managing agent, contractor, or a  co-op or condo board president—but the owner does have to sign off on the permit and agree that the work will  follow the guidelines and rules set forth. This process usually takes a month  or two, which will keep work from getting started sooner than most want.

Once a landmark permit is issued to a building, work can begin on the project by  any contractor hired on behalf of the building. If a different company is hired  to clean it, paint it or fix anything with the structure, they need to file for  a permit.

“We have no say over who to hire—and we don’t make recommendations because we are a public agency. We can’t favor one contractor or tradeperson over another,” de Bourbon says. “Our sole concern is that any work being done is appropriate to the character of  the building.”

Preserving that character is where the differences between working on a historic  building versus a non-historic building come in.

“The main difference is that any material used on a landmark building needs to be  pre-approved by the commission,” says John Tsampas, executive vice president and principal of Skyline  Restoration Inc. in Long Island City. “You need that one level of approval because they don’t want to see any changes to the original structure.”

When work is ready to begin, the contractor will set up an appointment for an  LPC representative to come to the building, where they will examine and approve  the materials that are going to be used on the restoration project.

“We’ll put a couple of samples onto the building so they can see how it looks in  relation to what’s already there,” Tsampas says. “They can approve it, or ask for something different. Maybe they will want it  lighter, maybe darker. We work with them until they say it’s OK.”

Whenever Bellet works on a historic building, he makes sure to have options when  he meets with the LPC agents to propose what he’s going to use on the structure.

“They make you do samples, so I will use A, B, and C and mix them and apply them  to the building and then call [the LPC] and have them examine it,” he says. “They will choose which they like, and if none are acceptable, I will do more. If  they haven’t had a pleasant experience with a particular material, you can have your day to  try and convince them, but they have successful track records with several  products, so you try to use those.”

The LPC has specific rules on how certain aspects of a landmark building can be  restored, and there are specific things you can and cannot do.

“The manner of how you go about restoring things matters,” says Lina Gottesman of Altus Metal and Marble, a St. James-based company  specializing in refurbishing and maintaining metal and marble accents on  historic buildings. “If you’re aiming towards conservation and want to maintain some of the original  product, you don’t want to alter the original metal or stone significantly. You want to remove  the dirt and incrustations without destroying the original tone of the metal.  You don’t want to totally grind down natural marble—whereas when we restore for non-historic structures, we totally grind down the  stone to a new layer, and it can make it look quite new.”

Since many of New York City’s buildings were built long ago, sometimes the colors used to decorate the  building when it was constructed are no longer readily available. Time and  weather conditions could have also affected the building’s hue, so you need to be very careful when choosing what color to use on a  project.

“Color also needs to be approved by the commission,” Tsampas says. “Some of them are available commercially. You can buy colored mortar, but  sometimes you have to make it in your shop and use artisans to mix and match to  get an exact match.”

Bellet remembers a time when he was working on the sidewalks outside the  Bergdorf Goodman department store on Manhattan’s Upper West Side, and it took him 12 tries to get a shade of black that was  acceptable to the commission.

Gottesman says her company once renovated the entrance doors of the historic New  York City Public Library, and they were faced with the huge challenge of  matching the exact color and finish of the existing metal.

“We retained as much of the original 100-year-old [color] as possible, blended it  so we could retain the original shade, and re-coated it to protect it,” Gottesman says. “The LPC was very emphatic about the fact that we had to retain the original  tones and so on. That was a far more tedious process and more expensive, since  it took more manpower and you have to be far more careful when doing this type  of project.”

Cleaning is another process in which great care must be taken, because materials  like limestone and other precious metals and stones can be damaged if too much  product or the wrong cleaning method is used.

“One of the tough parts about landmarks is when you are cleaning them,” Tsampas says. “You can power wash and use chemicals to restore it back to original limestone or  look, but you can’t clean it too much or you will harm it. Although you can probably get it  cleaner than you do, the LPC does not allow us. It’s a fine balance between the owner being happy and what we are allowed to  actually do.”

Bellet admits that there’s a certain thrill in working on a historic building and bragging to his  friends.

“It’s great at a cocktail party to throw around that I worked on a place like the  Guggenheim Museum—although truthfully there’s not much difference between working on that and working on a building on  Seventh Avenue,” he says. “But you get a kick out of the name recognition.”

With guidance from the LPC and an appreciation for maintaining the beauty of the  city’s beautiful buildings, contractors, restoration experts and maintenance  professionals will continue to preserve the architectural and historical  integrity of New York for the next hundred-plus years.