Do not show again [X]
By Keith Loria   2017 March Maintenance 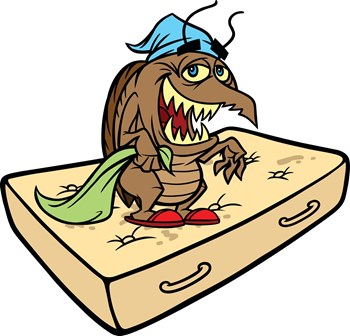 If you live in a big city, more than likely you’ll eventually cross paths with urban vermin. Rats, mice, cockroaches—these unsavory annoyances have been icking humans out ever since large groups of people began congregating and putting down roots on relatively small allotments of land. Advancements in insecticides, poisonous baits and traps have in large part controlled both rodent and roach issues in recent decades, but something that has been a growing concern to city residents over the last few years is the issue of the bed bug.

According to the National Pest Management Association (NPMA), complaints of bed bug infestation increased by a whopping 71 percent between 2000 and 2005, and exterminators have reported record numbers of calls about the problem every year since. Government agencies in major urban centers around the country—Miami, Chicago, New York, to name some big ones—are fielding calls and complaints from tens of thousands of residents each year, and many cities have invested millions in educational and online campaigns aimed to help.

Not everyone really understands what a bed bug looks like; given the insect’s reputation, some may be picturing a fearsome critter with huge mandibles, or something really creepy, like a centipede. In reality, adult bed bugs are oval-shaped, flat, and about 1/4 inch in length — about the size, shape and color of an apple seed. Nymphs are translucent, and are about the size of a pinhead. Eggs are the size, shape, and color of a half grain of rice.

Bed bugs are typically brought into multifamily buildings either on people, including clothes and belongings, or on furniture. Their tiny size and flat bodies enable them to hide in the narrowest of crevices, and their nocturnal nature means that unless you know what to look for—and when to look for it—you’re unlikely to ever spot a live bed bug.

Interestingly, studies show that more than 30 percent of people living with bed bugs don’t react to the bugs’ attacks, and therefore often don’t realize they are being bitten. For the remaining majority, bed bug bites cause raised, itchy welts at the site of the bite. Regardless of whether you’re bite-reactive or not, it’s extremely common for people to hesitate in coming forward with a bed bug problem for fear of embarrassment, eviction, and the stigma of being unclean.

Today, bed bugs can be found in all 50 U.S. states. As bed bugs are excellent hitchhikers, they are easily transported from city to city, and home to home.

Cindy Mannes, vice president of public affairs for the National Pest Management Association, says according to the organization’s 2015 Bugs Without Borders survey, residences top the list of places where bed bug infestations are found, with 95 percent of pest professionals reporting treating for bed bug infestations in apartments and condominiums.

“As bed bugs like to hide in small cracks and crevices close to human environments, condos and co-ops serve as an ideal shelter for these pests,” Mannes says. “Most often, bed bugs are found in bed parts, such as mattresses and box springs, but they can also be found behind baseboards, wallpaper, upholstery, picture frames, electrical switchplates, and in furniture crevices.”

“They typically expand to neighbors above, below, left, right, and across the hall from an infested apartment traveling through wall voids and even walking under the front door,” he says. “Certain treatment methods actually scatter these bugs as the insects flee chemicals and thermal heat treatments. These insects can also spread being carried into apartments from common areas such as lobbies, laundry rooms, or storage areas.”

A Rutgers University published a study that showed bed bugs spreading to 45 percent of units in a high-rise building in 41 months. More than half of the residents who had bed bugs were unaware that they had a pest problem in their unit.

Tips On Avoiding the Critters

Vigilance is the best prevention tool against bed bugs. Waldorf says there are a number of steps people can take to lower the likelihood of being affected by these hitchhiking bugs.

“When you return home from public places that you believe are suspect, immediately disrobe and place your clothing in sealed plastic bags,” he says. “Place that clothing in the dryer on high heat for 15-20 minutes or send it to dry cleaner, and throw out that bag.”

Additionally, never come home from a trip and open your suitcase on the bed. Instead store it inside a plastic bag until you have the chance to unpack it away from the bed. Place all clothing in the dryer for 15-20 minutes and vacuum your suitcase.

Another great tip is to eliminate clutter from the apartment as bed bugs love to hide in these areas.

People should periodically inspect their homes for signs of bed bugs (spotting, cast skins, live bugs) along the mattress, box spring, and bed frame using a how to guide from a reputable pest control company or the industry association. There are even free applications for smart phones.

Mannes notes that while bed bugs happen to be one of the most difficult pests to control, the professional pest management industry has learned how to get the job done effectively. Professionals might use traps, control products, heat, vacuums or combinations of these techniques to get control.

Bed bugs are not related to a resident’s cleanliness. A bed bug can be thought of as a moving needle in a haystack and the best solution is to treat the whole haystack.

Government authorities recommend that bed bug treatments be performed by experienced professionals. Because of bed bugs’ high resistance or outright immunity to chemicals, pest control companies should perform detailed crack and crevice treatments using physical tools to get rid of these troubling pests.

“The professional should primarily use physical treatments by applying extreme temperatures to where the bugs hide,” Waldorf says. “Chemicals should not be the main approach as bed bugs are highly resistant or outright immune to most pesticides.”

A bed bug solution means that the apartment needs to be treated at least twice approximately 14 days apart due to the life cycle of the insect.  Adjacent units should also be inspected and treated if necessary.

“The newest and most effective technology to eliminate bed bugs is carbon dioxide freezing,” Waldorf says. “InstantFreeze is a safe and non-toxic way to kill the bugs but is safe around people and pets. This rapid contact solution, hits bed bugs at -108 degrees Fahrenheit, which the bugs cannot resist. This ‘dry ice’ approach is safe to use on all furniture, electronics, artwork, and fabrics and penetrates deep into cracks and crevices.”

“Bed bug dogs often find hidden bed bugs before residents even know that they have problems,” he says. “These canine inspections can prove cost effective because early detection can prevent problems from spreading throughout buildings.”

He says it is rare to eliminate a bed bug problem in a single treatment. A multi-visit approach makes sure that the treatment process gets all the well-hidden insects, bed bug eggs, and any nymphs that may hatch after the initial service visit.

“A professional treatment usually consists of a team of two pest control operators working together for around one hour in each room being treated,” he says. “There are at least two scheduled treatments approximately 2-3 weeks apart per bed bug incident.”

The Role of the Building Manager and Board

A resident should not feel shame over having bed bugs. These insects affect all people in all types of homes. The resident should contact management and then have an inspection from a professional who can assess the problem and get to work on an effective solution.

“In general, the lease agreement between a landlord and tenant will spell out the particulars regarding pest control although, in some places, state or local ordinances may clearly spell out each party’s responsibility,” Mannes says. “In recent years, there has been a trend toward proactive bed bug inspection programs as part of the overall integrated pest management (IPM) programs in rental properties.”

Building managers should educate residents and staff on prevention tips and signs of bed bugs in a home. It is also a good idea for building managers to inspect empty units for bed bugs hiding inside walls.

“The building should prepare its residents for this problem and instruct residents that detecting and solving is a cooperative processes that require their assistance,” Waldorf says. “A building should have a written protocol and encourage residents to inform management as soon as they suspect a bed bug problem. Delays in alerting management and the use of improper techniques such as self-treating with chemicals and throwing out furniture do not solve bed bug problems and can make them worse for the resident and all of his/her neighbors, and more expensive for the building to resolve.”

Skinner notes that managing agents and boards should keep records of complaints and make efforts to track the source of an infestation; institute a building-wide prevention program that includes the avoidance of unnecessary risks such as purchases of used furniture, and the removal of furniture from an infested unit without proper precautions; and commit to ongoing communications with residents and staff.

Many times, bed bug inspections are performed on a complaint basis separate from general pest control for rodents and common insects, but many pest companies are seeing an increase in property managers being proactive by bringing in trained canine teams several times per year to check all units.

Bed bug treatments are an unwanted expense and problem for everyone involved, and the laws on this issue varies by state. For example, in New York it is explicit that it’s the unit owner’s responsibility to eliminate bed bugs under habitability requirements. It is not as clear in other states.

“Too often, landlords are penny wise and pound foolish when dealing with bed bugs,” Waldorf says. “They self treat or use companies that are less than thorough and reliant on chemicals. This strategy is self defeating, costs more in the long run, and can ultimately bring unwanted government attention and fines.”

Recently a number of states have enacted laws defining tenant and landlord responsibilities regarding bed bugs. For example, in Connecticut, when a tenant notifies a landlord that their apartment may be infested, within five business days of receiving the notice the landlord must inspect or hire a qualified inspector to determine if there is an infestation. If there is an infestation, within five business days after the date of such inspection, the landlord must retain the services of a pest control operator.

“Even if the landlord conducts a self-treatment, a qualified inspector must verify the landlord’s treatment was successful, and produce documentation that bed bugs are not present,” Mannes says. “The landlord is responsible for all costs, and the tenant must reasonably comply with all parties. If the tenant fails to comply, then the tenant will be responsible for the costs of inspection and/or treatment.” 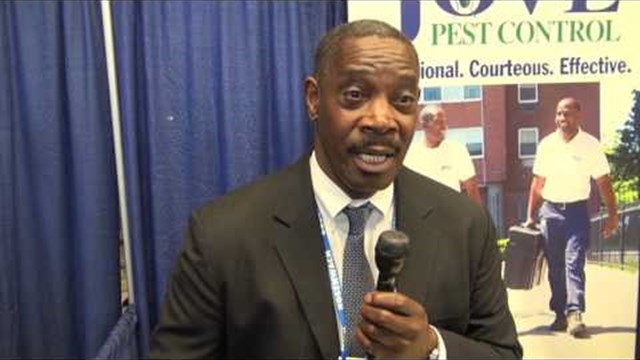