Do not show again [X]
By Raanan Geberer   2010 December Security 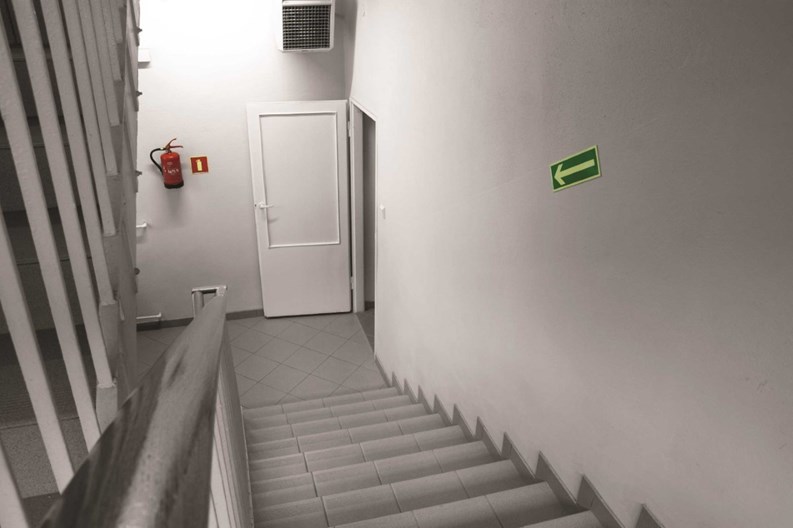 Just this past September, a tornado hit Park Slope, Central Brooklyn and parts of Queens, doing substantial damage in a few short minutes. It left people in other parts of the city wondering, “Could it happen here?” But the tornado—and one like it in Bay Ridge back in 2007—are just the most recent examples of why board members, managers and unit owners have to think seriously about emergency planning.

At one time, when people talked about emergency planning for multifamily buildings, they mainly meant fires, or very temporary power outages of maybe an hour or so. Then, 9/11 made everyone think of the possibility of man-made catastrophe. The New York City blackout in 2003 added lengthy power outages to everyone’s worries, although older New Yorkers went through similar blackouts in 1965 and 1977. Add the possibility of hurricanes, floods, snowstorms and more, and the result may be enough to scare almost anyone.

However, help and resources are readily available, and disaster or emergency planning is on the front burner in many quarters. It’s just a matter of learning what to do.

Everyone agrees that within your building or development, you have to have people you can rely on. Usually, says Rob Britigan, an experienced Michigan property manager who is active in the Institute of Real Estate Management (IREM), “The property manager should prepare an 'emergency preparedness' plan that contemplates emergency policies and procedures, then present the plan for the board to review and approve.” Once it is approved, the plan could be incorporated into a resident handbook.

Mike Beirne, executive vice president of Kamson Corporation in Englewood Cliffs, New Jersey and a regional vice president of the National Apartment Association (NAA), adds that managers and other building administrators and staff should be conversant in the local fire codes. In New York City, the source for this information would be the Department of Buildings (DOB), but smaller towns and cities in the metropolitan area have their equivalents. “Some towns, like Newark, have ordinances about what has to be in the emergency plan—you want to check with the town,” Beirne says, adding that there are consultants who can help boards with this in any jurisdiction.

Beirne also points out that even some safety devices meant to prevent problems can in fact create them.“One of the great things about sprinkler systems is that they make your building systems safer. But one of the bad things is that, if activated in cases other than a fire, they can create their own emergency.”

What about some of the less-common problems or things that haven’t even happened yet, such as bioterrorism? Should your building put any effort into planning for those?

Britigan, who works as vice president of operations for Midlink Business Park in Kalamazoo, says, “Good management should anticipate and plan for as many possible as reasonable. It is virtually impossible to plan for everything, but nothing is esoteric after it happens. … We view our plans as malleable, and they are updated as new threats are identified.”

In general, management, board members and building staff should all know what their roles are in case of an emergency. The management company can train board members as well as advise the board about its duties.

“The board members have to realize what might happen,” says Beirne. “Many say, `It’s not going to happen to my building,’ but I’ve been in this business for 25 years and I’ve seen some of the craziest things. Most times it’s the other building—what if it’s yours?”

Can boards or managers be held liable in the result of an emergency if the plan isn’t carried out correctly, and a disaster occurs? Britigan recommends that boards obtain directors’ and officers’ liability insurance, and that management carry errors and omissions coverage in addition to their general liability policy, as well as being named as additional insureds on the property’s general liability policy.

Outside of a formal emergency plan, residents also have to do their job, so to speak. Much of it is just using common sense. Seth Andrews, a spokesman for New York City’s Office of Emergency Management (OEM), says, “We encourage people not to leave candles unattended in their home. And if the heat is off in the winter, don’t use your gas stove—what you’re doing is filling your home with gas.”

In New York City—as in many other municipalities—homes are required by law to have both a working smoke detector and a working carbon monoxide detector. Some people may have the temptation to take the battery out of their smoke detectors because they tend to go off whenever there’s a little too much smoke coming from the oven or frying pan in the kitchen. But it’s not a good idea—it could cost lives.

So, let’s say you now have the basics of an emergency plan. What’s the next step?

According to the professionals, the answer is—take as many steps as possible! Discuss the emergency plan at your board meeting, put notices under doors, include it in email messages and regular monthly bulletins, post it in common areas.

Beirne advises managers to get to know people in the local firehouse or police precinct and be sure that those people have the manager's phone numbers. You also have to know how to talk to these officials. Explain exactly what happened in an emergency, but don’t speculate on what caused the problem—that’s the job of the fire marshals and other authorities.

A smaller building won’t have the type of staff that a large building or developer does, but it still typically has an on-site representative of management. And that person should get to know the people in the building and come to board meetings to establish the chain of communications.

In the event of emergencies in multifamily buildings, the elderly, the chronically ill—especially those who use equipment such as respirators—and even families with young children can pose special problems.

For that reason, you need to know where people with special needs live in your building or development and have their contact information available. “Staff members should be assigned responsibilities to be aware of where these people are,” says Beirne. “The staff may not be capable of helping them, but staff has to be responsible when emergency service providers show up, to tell them what they need to know.”

As for young children, Janet General, president of the Community Emergency Response Team 1 (CERT-1) in Bay Ridge, Brooklyn says, “Children are always a problem—they get frightened and hide. You should have one meeting for adults, and then have a childrens' meeting with fun things like cupcakes and talk to them about not hiding in case of an emergency. Kids get a lot of that [message] in school, but some might be too young.” We’ll hear more about the CERT teams later.

In some parts of the New York metro area, if you try to get the word out to your residents, you may be up against a language barrier. Obviously it’s easiest, says Beirne, if you’re in a building where one foreign-language group predominates. In that case, you can put out target literature in their language.

But in some parts of the Big Apple, you could have people speaking as many as 15 different languages in one building or development. In that case, says Beirne, make sure that the literature has lots of diagrams and illustrations and is “very pictorial.”

Just as buildings have special-needs residents, each building has its own idiosyncracies, says Britigan. “It is important for people to ask questions and become an expert on that particular building. This can be done by interviewing staff, vendors, residents, and reviewing building/fire safety inspection reports and 'as build’ plans.”

Know Who To Call

If you decide to have a meeting with shareholders and unit owners, or a meeting to educate your staff in disaster and emergency planning, there are many resources out there to help you. In New York City, the OEM is one of the most important. Its “Ready New York” presentations are available through the agency itself and also through the Red Cross.

Ready New York encourages every New Yorker to pack a “go bag” that they can take with them at a moment’s notice in case of an emergency. Such a go bag, says Andrews, should contain important documents, water, food, medicines, prescriptions, a flashlight, a battery-powered radio and other important items. The Red Cross sells its own go bags, but people can also make their own. Ready New York even tells people how to deal with their pets in case of an emergency.

The OEM also encourages people to have an evacuation plan, with a meeting point where they can get together with friends or relatives in case of an emergency. Such a place could be a museum, a deli, a cross street—but no matter where it is, people should know where to go.

The city’s CERTs also are available to talk at shareholders or unit owner’s meetings. There are 59 CERTs throughout the city, one for every community district, according to General, and each one has representatives who are able to talk to residents in your community room or lobby.

CERT members, all volunteers, undergo an intensive preparation program in which they learn about emergencies and disasters and undergo training in basic response skills needed for fire safety, light search and rescue, disaster medical operations and traffic control.

Additionally, an organization known as the Empowerment Institute (www.empowermentinstitute.net) has a stated goal of “creating disaster-resilient communities.” It sponsors its own program, developed with OEM, called All Together Now, many of whose components are similar to those we’ve already mentioned.

And for managers and management employees, various organizations have information that can help, such as the IREM, the National Apartment Association, the New York Association of Realty Managers (NYARM) and other trade groups.

To sum up, Beirne says, here are some of the main things a condo or co-op board or manager should take into account when making a building’s emergency plan:

• Make sure you regularly inspect your emergency infrastructure, such as smoke detectors.

• Make sure your staff and residents know where the emergency exit areas are—even if they are clearly marked.

• Make sure these areas are truly open and clear, not blocked.

• Make sure you have a good, current set of emergency phone numbers.

• Make sure your building has regularly scheduled inspections.

“The goal for a board and management,” Britigan emphasizes, “is to anticipate problems and prevent emergencies from happening. If they do happen, then the most important factors are the safety of the occupants, security the building and mitigating further loss.”

Ranaan Geberer is a freelance writer and editor living in New York City.