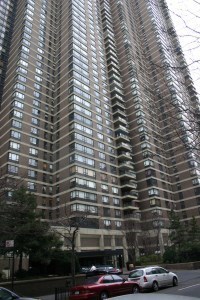 Apartment owners and homeowners have come to expect our utility bills to increase from year to year, though rarely do we have a chance to significantly reduce those bills. This quandary provides opportunities for savings, though. High utility costs and decreasing energy availability have dictated that building managers and board members pay closer attention to the bottom line when considering their building's utility costs and needs. Necessity, in the form of skyrocketing utility costs and widespread power outages, has fueled the increased use of alternative energy systems and alternative ways to save energy.

In our leaner, greener world, new products and programs can help buildings save big money on utility costs. Such programs can decrease a building's dependence upon the power grid, help the building to contribute to the overall supply of available electricity, or even ensure that the building stays cool and illuminated during power outages that darken neighboring buildings.

To tackle the increasing power needs of large residential buildings and to provide energy for such buildings during power outages, some buildings and large developments have started "co-generation" and/or "demand response" programs. Co-generation programs enable a building or group of buildings to generate some of their own power and then use it themselves to save money. It also allows them to stabilize their power supply during times of heavy usage, such as during very hot weather or very cold weather.

Demand response is a similarly economical concept, which basically increases or decreases utility output based on demand. The most difficult part of implementing a demand response system or co-generation program might be figuring out what type of program works for your specific building.

How your building or community might benefit from such a program is a question that, these days, is more often on the minds of those involved in the management of co-op and condo buildings. For people who are curious about how such programs work, professionals who specialize in these programs are available to help. Such companies will do an analysis of your building's energy uses and needs, and help to put your building on a more economical track in its energy consumption.

The way the demand response program works, according to Fingerman, is that power supply is reduced in the building in common areas, like the lobby, for instance, and when the building cuts back on its electric use, that usage is put back onto the overall power grid to help prevent blackouts citywide.

ConsumerPowerline spokesman Danielle Devoren adds that the basic premise for buildings in the program is that they operate with a specific curtailment program—for example on hot days or during peak demand, some buildings may raise the temperature by a few degrees in the lobby or shut down one of its elevator banks to save energy, she says. ConsumerPowerline provides all the technical help and equipment, such as the meters to measure energy usage.

Fingerman says the beauty of the program is that it is no-cost and it doesn't affect the residents' personal lifestyles at all. They aren't expected to shut off their air conditioners or dim their lights, although they could if they were energy-conscious.

"By doing this there was no out-of-pocket to us to go into the program. This is a co-op and the co-op board was taking an aggressive approach towards energy conservation," Fingerman says. We didn't want to force the residents to shut off their lights, but what we did was curtail energy usage in the public or common areas, he explains. For instance, on hot days, we'd reduce the amount of lights that were on in the lobby, he says.

"It's an interesting program. What's nice about it for a co-op is that there is no out-of-pocket to go into the program. The Sovereign board is excited to be part of the program, and I would recommend it."

How the Systems Work

Co-generation and demand response programs use different means to attain the same end of putting less of a strain on the electricity grid. Simply put, co-generation is when a building takes advantage of the energy thrown off by a heating plant to generate more power, explains Dan Margulies, chief operating officer of US Energy Group, based in Fresh Meadows, N.Y. Co-generation also can be employed with a group of buildings, such as in a community or on a college campus.

US Energy Group sells energy management systems, fuel gauges and software monitoring tools for maintaining building efficiency. With a demand-response system, Margulies explains, "you control your demand for electricity based on the time of day and the demand on the system."

"It's really called combined heat and power now. With co-generation, you are essentially producing two outputs for the price of one. For example, natural gas that already comes into the boiler room, you put back into the machine to use for showers, hot water for dishwashers, saunas, etc.," Goldsmith says.

Co-generation "is basically a mini power plant located where people are using the energy, also recapturing heat from the [power] generation and using it to produce a more efficient generation of power," says Chelle Izzi, general manager of ConsumerPowerline. "Demand response is a green, renewable resource for buildings."

Building managers and board members would be foolish to stop after simply implementing some easy demand response changes, Izzi says. A more comprehensive look at the building is needed.

ConsumerPowerline works with buildings to help them reduce demand when the grid has a limited supply, by shutting off things such as unnecessary lights or exhaust fans, Izzi says. The company also helps buildings to reduce their energy demand by shifting when something is used, such as turning up the building's air conditioning in the morning to cool the building before the afternoon peak use period. Summer afternoons from 1 p.m. to 6 p.m. are the high peak time for the electricity grid.

Predetermined changes to the control of the building's air conditioning, such as cooling the building in cycles by cooling 100 units at a time in a 400-unit building (versus cooling the entire building at once), also can help to reduce demand, Izzi says.

ConsumerPowerline also can help a building's management to create an emergency energy supply. Such a system can allow for an emergency generator to be used by the building at grid peak stress times—creating, for example, 500 kilowatts of energy not needed from the grid, Izzi says.

Putting in a co-generation system is not for the shortsighted, Izzi notes. "You have to maintain equipment, and you're making a big capital investment. The system also must be pretty reliable," she says.

With demand response systems, building occupants will be asked to make concessions to decrease energy demand. Some people might view such an "expense" as burdensome, says Ami Ben-Horin, accounts manager for residential properties for ConsumerPowerline. "There's the compromising comfort factor, which can be a drawback. Explaining the concept of demand response to residents, and training the staff to be ready to respond, also can be obstacles to implementing such a system," Ben-Horin says. With co-generation systems, noise and where to put the co-generation machine are the two biggest obstacles to implementing the system in a building, he says.

"A co-generation program can save upwards of 40 percent of a building's annual utility costs," Goldsmith says. "First we see if the thermal load is there, and then we analyze what your costs will be."

Savings created by a co-generation system pay off the initial capital investment in the system in a minimum of two years to a maximum of four-and-a-half years, Goldsmith says, adding that the future savings might be just one of the windfalls. "The public utility control is giving incentives to put these [systems] in," he says.

Building managers can receive another incentive for conserving energy if their building can save 200 kilowatt of electricity. In such a case, that savings will be registered with the New York Independent System Operator (NYISO), and can be bought, Izzi explains. "The market is valuing the reduction of energy the same way they are valuing the generation of energy. That generates revenues that the building profits from. This becomes a source for revenues for the building," she says.

One problem that some building managers encounter after implementing a demand-response or co-generation system is that they don't know what to do with the money the building earns as a result of putting in the new system, Izzi says.

"The building [management or board] gets to decide what to do with the money, which can include putting it back into repairs to the building, or sharing it with the tenants," Izzi says. "The ideal outcome is using those earnings to increase the efficiency in the building, which can help the building earn more."

Such incentives are leading more building managers to consider using demand response and co-generation systems in their buildings.

Because of the increasing expenses related to managing residential properties, more co-op and condo buildings are turning to demand response systems and co-generation systems to create more economical buildings. Part of the allure of the alternative energy systems is that they are more ecologically friendly, which is a plus these days, industry experts say.

"There are a lot of people doing [demand response and co-generation] now. It's something people shouldn't be afraid of anymore," Izzi says. "It used to be that people had never heard of it. Now buildings are increasingly doing demand response as a matter of course."

Ben-Horin adds that the change in one's building could be a source of pride to some people.

"With demand-response, there is a big green [rationale] to participating. Reduction is equal to production," Ben-Horin says. "When you reduce, that's less someone has to produce, and so there's less pollution."

Jonathan Barnes is a Pittsburgh writer who regularly contributes to The Cooperator and other publications. 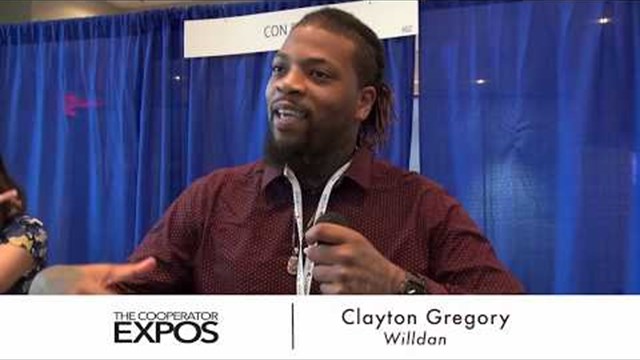 What Are Some Steps Boards Can Take?