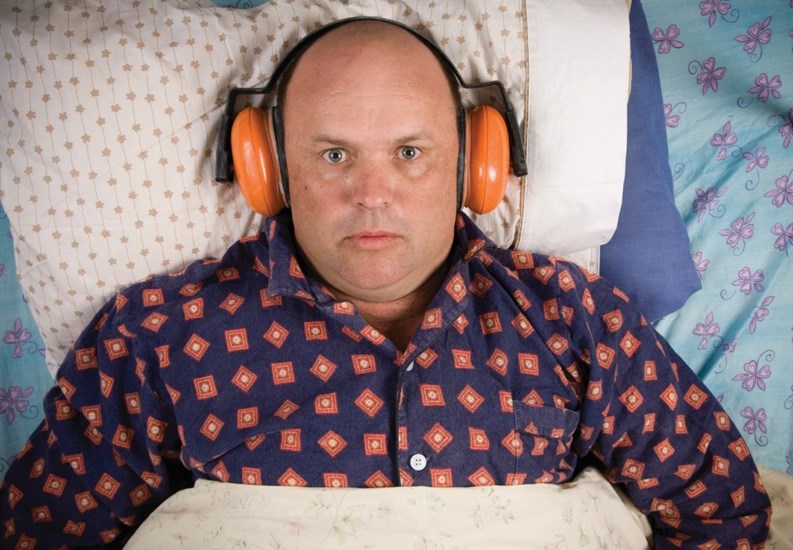 Walls are the only separation between you and your neighbors when you live in a  densely-populated area like Manhattan, and sometimes, it feels like privacy  goes out the window. People hear their next-door neighbors talking, footsteps  from above, or even music blaring through the walls. Sound transmission between  units is one of the biggest complaints among co-op and condo dwellers. Noise  can also come from ceilings, doors and windows, so living in a multifamily  building can take some getting used to.

“The biggest complaint is the footfall, and that comes from up above. The second  complaint is noise from neighbors, which is lateral through the walls, and next  would be entryways,” says Mason Wyatt, owner of City Soundproofing. “Occasionally, an elevator can make noise that is heard through the apartment,  whether it’s the noise of the elevator itself or the ambient hallway noise of people  waiting.”

It’s no secret that many of the co-ops and condos in New York City are old, and  because of that, the building materials used to construct them are much less  advanced than what people expect today. Even with newer buildings, effective  soundproofing materials are often not used at all during construction, so noise  streams from one unit into another.

“If it’s a solid concrete slab, it’s less of a problem, but if you get these six-story buildings with wood joists,  there’s not too much to prevent the sound from below to go upstairs, especially those  with exposed wood elements,” says Devin O’Brien, owner of Brooklyn Insulation and Soundproofing. “When we do renovations, we insist to the board that they add insulation to the  ceiling and soundproofing is added to the floors before any flooring is done.”

While some noise in shared living spaces is normal, if you can clearly hear your  neighbors’ conversations or TV through your walls or ceiling, you have a noise problem. If you’re willing to make the financial investment, there are innovative noise  reduction solutions that can turn an older condo unit into a sanctuary of peace  and quiet.

The frequency of sound is expressed in wavelengths per second or cycles per  second (CPS), which is more commonly referred to as hertz (Hz). Low frequency  noise is considered 250 hertz and below, while high frequency noise is 2000 Hz  and above. Mid-frequency noise falls between 250 and 2000 Hz.

The amplitude of sound is expressed in decibels. This is a logarithmic  compressed scale dealing in powers of 10 where small increments in dB  correspond to large changes in acoustic energy.

When a sound wave hits one side of a wall it transforms into a vibration, which  will travel from the sheetrock, to the stud and into the sheetrock on the other  side of the wall. Because it does not have any other hard surfaces to travel  through, it becomes an airborne sound again.

“Basically, sound travels via the path of least resistance from one room to the  next,” Wyatt says. “The first path is any kind of common air space like a heating/cooling duct or  any crack that may exist. The second path that it uses is the area of the wall  assembly with the least amount of mass.”

An example of this would be if the drywall crew left a half-inch gap between the  wall and the ceiling and filled the gap with foam or insulation before taping  and mudding it.

“We speak of sound absorption when a sound wave meets a soft, elastic or porous  body and is wholly or partially absorbed,” O’Brien says. “When this happens, sound energy is converted into heat. When a sound wave hits a  hard object and is thrown back, the result is a sound reflection.”

Common wall dwellings have to meet certain codes that are set in place by either  the local building code or the national building council. A unit of measure  called Sound Transmission Class (STC) will tell you how soundproof a wall or  ceiling is. In New York, a condo must have an STC of around 50 to be within  code.

According to O’Brien, an STC of 40 is the onset of privacy. Once it hits 50, very loud sounds  such as musical instruments can barely be heard. At 60, most sounds are  inaudible.

Gene Ferrara, owner of JMA Consultants & Engineers P.C., in Englewood Cliffs, New Jersey, says that for soundproofing a  residence, it’s important to minimize vibration from one surface to another and the best way  to do that is by adding shock absorbers between the ceiling or wall in an  existing structure.

“In Manhattan, because most of the buildings are made of concrete, walls and  ceilings will need to be framed, lowered or extended for space,” he says. “It could take anywhere from three days to two weeks depending on the scope of  the project.”

One option is to install acoustical insulation, although that means taking walls  down to the studs. Another alternative is using dB-Bloc, a vinyl sound barrier  material, which can be layered behind drywall or other finished wall or ceiling  surfaces to help block noise transmission through common walls.

“Absorbers keep noise from reflecting from surfaces in a room and returning to  the listening position as a delayed signal causing inaccurate noise levels,” he says. “Absorption will lower the volume in the room to some degree because reflective  noise is reduced; therefore volume is reduced.”

The best way to reduce noise to people below you is by carpeting the floor. The  problem is many people like hardwood floors or decorative ceramic tile, so in  these cases you will need to install a sound-absorbing acoustical mat before  laying down the floor.

“Impact sound (footfall) is a common complaint and can be reduced with decoupling  measures applied to either the offending floor or the ceiling below,” O’Brien says. “

It’s not just the walls and ceilings you have to worry about when it comes to  noise. Noise can sneak in through any gaps in openings, including doors,  windows, outlets, switch boxes, HVAC openings, and anywhere building materials  meet.

According to Wyatt, sealers are very cost effective yet often the most  overlooked step in noise control solutions. These can include door seals,  automatic door bottoms, thresholds, and acoustical caulk.

Also good for soundproofing are noise barriers, which are always high density,  massive, heavy materials and are essential for eliminating noise transmission.

“Flexible barriers work better because they change with sound pressure,” Wyatt says. “Rigid barriers such as drywall, concrete, plywood and like materials need to be  insulated to keep them from transmitting noise structurally.”

Out of the Box

For something new, CertainTeed Corporation, a leading manufacturer of building  products has introduced an effective drywall board called SilentFX that does an  excellent job of reducing noise in multifamily buildings.

“The high-performing board meets the toughest acoustical standards, is designed  for use on interior walls and ceilings, and can be used for new construction or  renovations over wood or steel framing,” says Angie Day, residential marketing manager for CertainTeed. “SilentFX is engineered using the mass of two dense gypsum board layers with an  inner layer of viscoelastic polymer that acts much like a shock absorber to  dampen the board vibrations. The board is enclosed in a 100 percent recycled  moisture and mold resistant face and back paper.”

The product should be installed by a local drywall installation professional.

Another option to consider when looking into soundproofing a New York building  is using brick. The process of installing a brick wall for soundproofing  purposes is no different than building any brick wall, though for superior  soundproofing, a double wall should be built.

According to Brian E. Trimble, vice president of engineering services and  architectural outreach for the Brick Industry Association, the reason that  brick is a good sound insulator is the weight of the brickwork.

Most of the sound waves that impact a brick wall bounce away from the wall since  it is so dense and heavy. Other materials, such as insulation products used as  soundproofing, actually capture the sound in their texture, which is another  way to stop sound transmittance.

“The air space between the layers of brick adds to decreasing the sounds  transmitted through the wall,” he says. “A single layer (wythe) of brick could be used, but depending on the sound/noise  on either side, the residents may want more protection.”

A qualified mason can obtain all the materials and install them as directed by  the owners.

While today’s condo developers are taking more proactive steps to incorporate noise control  features during the construction process, in New York, there are many older  developments where noise between units is a big issue.

Spending a little to mitigate any sound issues will not only provide you with  peace of mind and less noise, but will be an attractive feature if you ever  decide to sell. 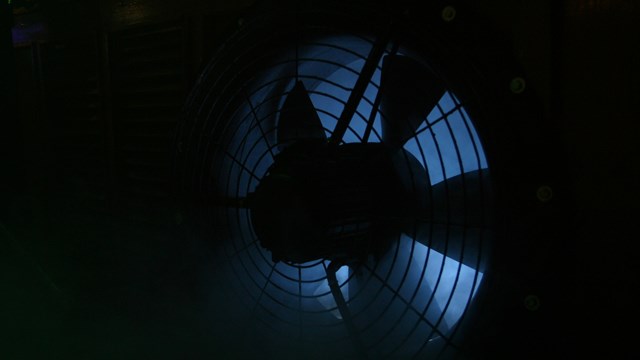