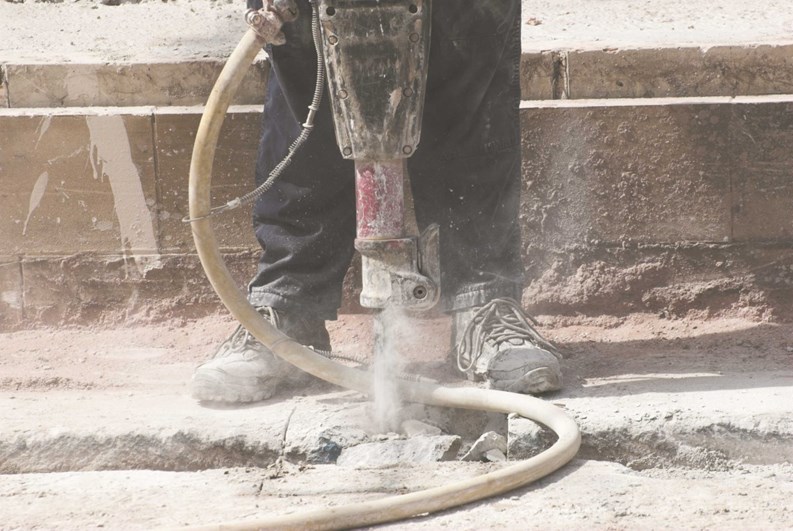 Construction and renovation projects are necessary, but often troublesome—especially when they're occurring next door. For many residents and building owners adjacent to an ongoing project, noise, debris and construction zones diminish respective quality of life. The list of grievances fielded by property managers can be long, varied and in some cases include damages, or worse.

“For the most part, these construction projects badly affect neighbors,” says Marc Luxemburg, president of the Council of New York Cooperatives and Condominiums (CNYC) and a partner at the Manhattan-based law firm of Gallet Dreyer & Berkey. “The problems most often include dirt, dust, noise, rodents, loss of light or view and scaffolding,” he continues. “The main problem for residents is that it impacts their quality of life.”

While the recession has hampered many would be new construction projects in Manhattan and surrounding boroughs in recent years, there has been an uptick in activity. Larger projects, such as International Gem Tower at 55 West 46th Street, the Four Seasons Hotel and Tower at 99 Church Street, and Fiterman Hall at 30 West Broadway are among a number of projects currently under construction. New Yorkers living on Second Avenue on the Upper East Side of Manhattan are also acutely aware of how disruptive a project like the construction of the Second Avenue subway can be on daily life.

“The goals of the parties who are actually doing the construction next door are usually much different than those who are either residing in the building or on the board of the building,” says Mark Levine, vice president of business development for Excel Bradshaw Management Group in Manhattan. “Quality of life can take a drastic turn for the worse with the noisy, messy work that is ongoing, so it really is important for the developer or contractor of the offending work next door or above to have open lines of communication with the building that we’re managing so that we have an idea of timetables, expectations of noise and debris and any other pertinent information that may help ease the process.”

Renovation projects are usually shorter in duration and thus produce smaller issues, such as the aforementioned dust, odors and debris. However, no matter the size of the project, the presence of construction crews and equipment can disrupt neighboring residents’ lifestyle. “In the case of air, space and views being infringed upon,” says Levine, “some residents will have more of an issue than others and property values may take a hit as well. It’s a multi-faceted issue that we’re dealing with.”

When fielding and dealing with complaints, there is a chain of command. Irate residents, for example, are instructed to report concerns to their building manager and/or board members. It is not recommended—no matter how frustrating the immediate situation might be—to take the issue up with construction workers or foremen who are on-site. They are simply following directives, and are not in a position to mediate between the job at hand and its impact on residents nearby.

In most cases, communication between managing agents is the first place to start that mediation, but if that fails to address issues, it becomes necessary to involve all parties, explains Mitch Frumkin, president of Kipcon, Inc., an engineering firm based in North Brunswick, New Jersey. “[In this case] the manager should contact the lawyer and the homeowner association,” he says.

Since litigation takes time and is costly, management companies do their best to train property managers to avoid legalities and red tape if at all possible. “We try to interface with the developer or contractor next door as well as communicate with our own clients; whether by email or memos so that all residents are in the loop,” says Levine. “By doing this, we may also be limiting the calls to 311 for routine complaints, which if left unchecked would extend the project for the time that it would take to navigate those issues with the city’s inspectors.”

As is the case with all municipalities, New York City requires permits for all construction-related projects. Without the permit, work cannot be completed and the process for obtaining a permit, especially in New York City, is a difficult, cumbersome process. “The city’s role is the permitting and 311 process but managers also have to be alert and make calls if they feel something is wrong,” says Luxemburg. “There are situations where work might be done without a permit or work is being done in violation of codes.”

Levine points out that while the city’s 311 service is beneficial, it should be used with caution. “Some residents don’t realize that when they call 311 and initiate a complaint—and they sometimes do on their own projects—they’re not only causing an issue to extend the life of the project but they could be clogging up a well-defined timetable, and any delay will cause a ripple effect.”

Luxemburg explains that one of his firm’s clients owned a property and the adjacent property owner began construction on a new building which required digging, and which eventually resulted in water damage and other related issues for his client’s building. “There are some really nasty side effects to some of these construction projects,” he continues. “What is most distressing is when you get unilateral actions by the developer without consulting with the neighbors.”

When issues become serious, as with the aforementioned example, it is imperative that building managers communicate with the adjacent property owners as well as due his or her due diligence in reviewing permits and plans approved by the city.

“City ordinances can help to keep problems and complaints to a minimum. Noise ordinances, for example, help to minimize complaints and provide quantitative standards against which to judge complaints,” says Russ Fernandes, principal and vice president of New Jersey-based Becht Engineering. “Safety ordinances, requiring sidewalk bridges for example, help to maintain the safety of the public, including neighbors, from the risks of falling debris. The entire permitting process is intended to protect the safety of the public.”

Fernandes adds that certain building owners will cut corners and try to save money by circumventing the permitting process. “If there is any question as to whether a project has received proper permits and approvals, contact the building department,” he says.

There are existing laws that protect adjacent building. For example, when the proposed construction requires the developer to properly protect adjacent buildings, protocols have to adhere to before construction can commence. “A developer can’t simply start putting property protection on a building, they are required to obtain an access license from that building and that is where the leverage comes into play. At this point, you can negotiate with the developer on timetables and see what works will be done.”

Going from Bad to Worse...to Better

There have been unfortunate and deadly accidents resulting from faulty construction and negligent oversight, such as collapsed buildings or cranes toppling over, which was the case in March 2008 when a crane failed and destroyed buildings on Manhattan’s Upper East Side. While these examples rightly cause concern for residents, most problems are far less harmful. Even when a project is 'safely' green lit by all parties, often deadlines are not met and the project is extended.

“Open meetings are an essential piece to the overdue construction project puzzle,” says Levine. “Getting everyone in a room together to complain may cause a combustible atmosphere, but at the end of the day, we’re all on the same team and we’re all moving towards the same target; to move past the construction and get on with our lives as they were before. Regular updates from the contractor on the project are helpful.”

The goal is to avoid delays and issues. However, property managers have a full plate and an adjacent construction project adds to their responsibility. Luxemburg notes that this is often outside the scope of normal duty and some managers are compensated by the board for additional work.

The first red flag managers usually face is not receiving a notice of permit or noticing something that is deemed out of the scope of the agreed upon project. If this is the case, managers should be proactive and contact respective counsel before the first shovel hits the ground and hammers are swung. Since the world is not perfect and ethics are often in question, many serious problems do occur. In this situation, a property manager should contact counsel so legal motions can be brought forth.

“Mediation and communication between property managers is always the first step,” says Luxemburg. “If a contractor is really going overboard, the first line of attack is going to the city—dial 311—and get the building inspectors involved. If the problem is egregious, they will place a stop work order until the problem is corrected and that is usually more effective than trying to go to court. A building inspector might take minutes or days whereas a court date could take weeks or months.”

Levine adds, “If it’s personal property that has been damaged and it is related to work outside the building, management doesn’t really get involved with that as our responsibility is to manage the building as a whole,” he continues. “We recommend that all residents have homeowners or cooperative insurance to cover the cost of their own property in the event of a fire or a flood. Of course, if common property was damaged, it is our responsibility to facilitate, along with the board, the proper legal action.”

On average, issues resulting from construction and renovation projects are minor and can be addressed without involving lawyers and judges. The best defense is a manager’s due diligence and watchful eye. As is the case with all occupations, sometimes a younger property manager will not handle the issue properly due to inexperience. While this can cause problems in the short run, it presents a learning opportunity for all parties involved. “We all learn as we go and that is the case with property managers, too,” says Luxemburg.

“It’s important,” adds Fernandes, “for managers to communicate with the residents by keeping them informed via emails or meetings on the progress of a project, as that can go a long way to prevent complaints,” he continues. “If people know what is going on around them they can often be more forgiving of the inconveniences of nearby construction.”