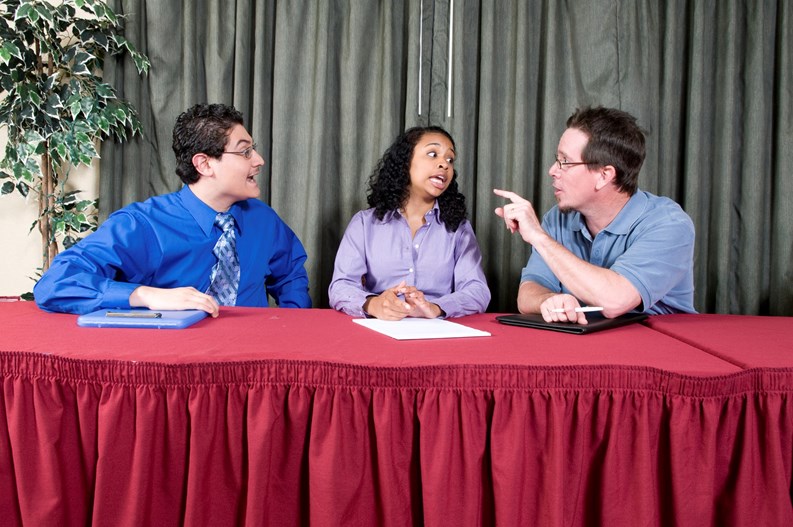 On occasion, boards will supersede the will of their constituents. (iStock photo)

Owners and shareholders trust their elected boards with their very lives. Okay... it's probably not a life-or-death scenario, but residents of co-ops and condos do put a great deal of faith in their association's representatives to have their best interests at heart when it comes to their financial security and the maintenance of the properties in which they live. And, more often than not, boards rise to the occasion. Why even volunteer to take on such a responsibility if not for a noble cause? But alas, the human condition is flawed, and, on occasion, boards will supersede the will of their constituents—or worse, even take advantage or conspire against them.

Before we delve into what to do should your board break bad, it helps to contextualize what a board should be doing for the association.

“Board members have a fiduciary duty to act in the best interest of the co-op or condo and its residents,” says Mindy Stern, a partner with the law firm of Schwartz Sladkus Reich Greenberg Atlas LLP, based in New York City. “It should act as a group, at regularly scheduled meetings, and it cannot place personal interests (financial or otherwise) or the interests of a small group above the interests of the owners generally; it must keep personal information about owners and prospective owners confidential, and deliberate in private about building matters; it cannot delegate to others or ignore its responsibility to govern the affairs of the co-op or condo; it must act at all times in compliance with law, in a reasonably prudent manner, and should seek the advice of appropriate professionals—for example, management, legal, accounting, engineering and architectural—before rendering decisions; and it should treat owners with civility, at meetings and in interactions with other owners and residents.”

Given Stern's thorough delineation of a board's responsibilities, it stands that anything outside of those lines would be a violation of the board's fiduciary duty, and a breach of its implicit agreement with its ownership. So how can these transgressions manifest?

Mark Elman, senior vice president with Citadel Property Management Corp. in New York City, relates several cautionary examples: “In one situation, the board president was constantly trying to hire their own vendors, even if the price wasn't right, or the vendor wasn't necessarily properly insured or licensed to perform the job, solely based on their personal relationship. That put shareholders in jeopardy, because bringing in these contractors would potentially create liability for the building.

“In another situation, we had a board member who had adopted a 'squeaky wheel gets the grease' mentality, whereby they would yell and complain and cry and pretend as if they were an expert on everything when they were an expert of nothing,” continues Elman. “They wouldn't stop until the board backed down and decided it didn't want to argue anymore, essentially giving this single member carte blanche to do whatever they wanted.”

And it's not always one bad apple that spoils the bunch; in fact, it can be more intimidating when the entire board bands together in corruption. “I'm dealing with a board right now, in a building which we've only recently taken over, where the members have decided that they just don't have to pay their monthly maintenance,” Elman says. “Of course, the rest of the shareholders are up in arms. We realized they'd had a crappy management company before, and the board was putting in more work than it should have had to, to the point where it decided that it was fair compensation for them not to pay maintenance.”

Still other boards get a taste of authority and refuse to let go. “Many years ago,” recalls Steve Troup, a partner with the Manhattan law firm of Tarter Krinsky & Drogin, which has offices in New York and New Jersey, “a client of mine, having recently purchased an expensive co-op apartment in an Upper West Side property, complained to me that the board of directors was unresponsive, had been entrenched for several years, and had arrogantly sent out a notice of annual meeting to shareholders with a statement that the board had decided that each member would stay in office. And as such they decided that the election of directors was only pro forma.

“My client asked me what could be done about that,” Troup continues. “I reviewed the bylaws and advised the client how to nominate a slate consisting of him and several of his like-minded neighbors and elect a new board, thus taking over in a coup d'etat. The group worked hard at gathering proxies, and at the annual meeting it successfully unseated the old board via an election of its insurgent slate. The next day he phoned me to say, a la Robert Redford at the end of the film The Candidate, 'now what do we do?'”

Even if things seem helpless when the powerful run roughshod on the ostensibly powerless, residents always have recourse to take back their associations.

“When we're dealing with board members vs. disgruntled shareholders/unit owners, I've found that co-op or condo owners tend to band together to vote out a particular board member and replace them with another unit owner who shares a more common or popular perspective as to how the operations of the building should be overseen,” notes Georgia Lombardo-Barton, president of the New York City-based Barton Management LLC.

If a specific member of the board has wrested control of the association, a property manager can intervene and speak sense to the usurper’s fellow members. “We will make it clear to boards that they have to make a decision that's in the best interests of the co-op/condo/shareholders/owners/etc.,” explains Elman. “We'll take the non-offending members aside and make them realize that, say, the president doesn't have ultimate authority. Although each individual board member has their own specialty and responsibility, they are each one vote on a board of however many people. And they need to learn to have an open mind and think for themselves. If the majority vote contradicts whatever the troublemaking board member is campaigning for, so be it. The vote will shut them up, and that's better than creating further tension during meetings.”

When the Honeymoon Is Over

Unfortunately, even when a new administration takes the reins—even one with noble motivations—everything may not end up rosy. Sometimes a newer demographic moves into a building, often a younger regime with families and upwardly mobile careers, with loftier ideals as to how the property can be run. They successfully remove an old guard, and immediately go about affecting change, but the momentum eventually falters.

“After the honeymoon is over, reality sets in,” warns Martin S. Kera, an attorney and founding partner with the law firm of Kera & Graubard in New York City. “The new board members often have demanding jobs, children to raise or both. So, although they endeavored to spread responsibility, one member—usually the president—winds up with the job of getting after the others to complete their assignments. The role of a board member can be very time consuming. The road warriors are often away on a business trip. Usually one member drops off after the first year. Then shareholders begin to grumble that the new board is no better than the old board, and former members lose faith that the new members know what they're doing.”

While that sounds bleak, take solace in these words from Stern: “The press loves to regale the public with war stories of co-op and condo boards running amok, but the reality is that most board members are well-meaning, responsible and hard-working volunteers interested in the well-being of the building and its residents.”