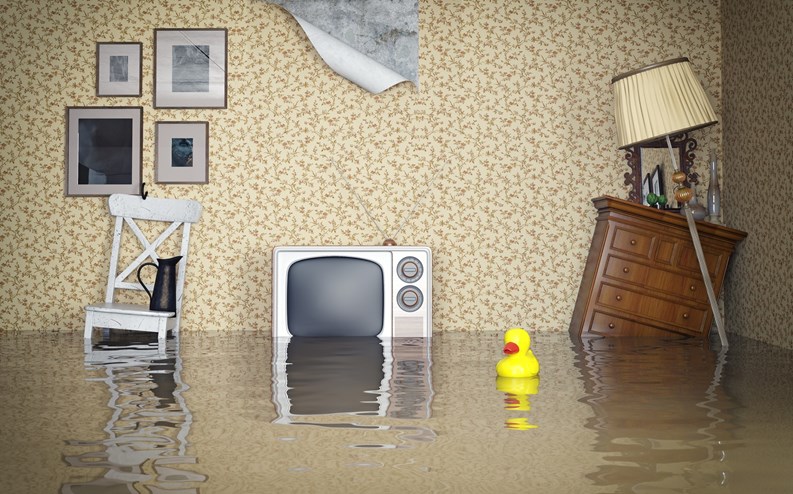 Water infiltration in multifamily buildings has always been an issue of grave concern; leaks can lead to everything from unsightly stains to mold growth to crumbling infrastructure, and can mean hundreds of thousands spent on repairs and replacements. But now, in the wake of the devastating, deadly collapse of the Champlain Towers condo building in Surfside, Florida at the end of June - thought to be caused by long-neglected water damage - the importance of detecting leaks related deterioration in high- and mid-rise buildings before it leads to massive loss of property - or even loss of life - has suddenly become a pressing issue for condominium and cooperative administrators.

Along with thermal imaging, visual inspections, and other tried-and-true methods of identifying and tracing leaks back to their origins, some new technology is adding another tool to the arsenal against water damage: water and dampness sensors accessed through the Internet of Things (IoT).

What is the IoT?

In short, the IoT refers to the network of physical objects embedded with sensors, software, and other technologies that can connect and exchange data with other devices and systems over the internet - and these days, it can (and does) include just about everything you can think of.

“The IoT refers to networks of devices and sensors that can monitor, collect and share data about just about anything, from a jogger’s heart rate, to air in car tires, to humidity levels in a wine cellar, to the condition of machinery and equipment in a factory, to a condominium boiler room,” says Hemant Sarma, senior vice president and head of Internet of Things for the insurance firm Chubb.  “The number of internet-connected devices and uses for businesses and homeowners is enormous and growing rapidly.”

According to Sarma, IoT ‘smart’ tech is now being applied to monitor and alert users about water leakage before damage has occurred, rather than after - shifting the strategy from remediation to prevention. Chubb reports that many property owners have successfully deployed IoT sensors in residential buildings, private homes, hospitals, research labs, universities, libraries, commercial properties, and even private wine cellars.  The technology actively assists property owners to avoid costly and time-consuming repairs.

How Does it Work?

Sarma explains that “When a sensor detects the presence of any amount of water or minor fluctuations in temperature or humidity, they are typically configured to send 24/7, real-time alerts directly to an app on the smartphone of the facility manager or other point of contact, as well as the property owner or occupant of the unit.  An intuitive dashboard pinpoints the exact location of the sensor and the reported issue, so the facility manager and property owner can correct a potential problem before it becomes a costly, disruptive repair. Some solutions can even automatically shut-off the main water line valve when a ‘flow-based’ detection system is installed.”

Even in the event of a power failure, the system can still function if it has a battery backup. If there is a power outage with these types of systems, the facility manager would typically receive an alert letting him/her know the device is using backup batteries. The facility manager receives another alert when power is restored.

The sensors are typically installed by IoT experts in collaboration with building owners, co-op and condo boards, and facility managers to help design a bespoke installation plan to meet the unique needs and challenges of the particular building. This specialized plan includes selecting the optimal sensor product for building needs, identifying the right quantity of sensors and where to place them, and ensuring that the right type of sensor is installed at each location.

Sarma observes that “The age and size of the building does not impact the ability to install these sensors. However, a pre-analysis should be done so that it can be determined how many sensors are needed to protect the building.”

Jim Magliaro, Risk Consulting Technical Leader of Chubb Personal Risk Services provides an example of how IoT sensors diverted what could have been costly damage: “One recent example of an actionable alert resulted from a washing machine fill hose that became dislodged and was pumping water into the laundry room. A resident was less than 10 feet away when this malfunction occurred, but she was completely unaware of the problem. The issue set off a real-time alert, and was quickly addressed. Significant damage was averted, avoiding the potential need for both flooring and ceiling repair or replacement.

In another example, Magliaro describes a client in Chicago whose water leak sensor, located in the master bedroom, activated because water was leaking from the condo unit above his. He was able to address the situation immediately, preventing a potentially large loss.

While both these examples are obviously minor compared to the scale of what happened in Surfside, they illustrate how smart tech can step in and avert big trouble down the line - whether for a single unit owner, or an entire building community.

Of course, the question most boards and their constituents have is, how much does it cost to install IoT moisture or temperature sensors, and how much does doing so save in the long run? According to the pros, cost savings from installation of these sensors can be twofold: from preventing leaks and the costs associated with them, and from potential savings on insurance premiums.

“In the long run, IoT sensor installation can help improve the risk profile of the customer,” says Jennifer Naughton, Risk Consulting Officer of Chubb Personal Risk Services.  “In some states, policyholders may also be eligible to receive a discount on their condo or co-op insurance premium if they install sensors near all water using devices in their home. Policyholders should check with their brokers or agents to find out if this discount applies to them in their state.”

In terms of savings resulting from better detection, Sarma says, “The cost per water leak varies, especially in a high-rise condo or apartment building. It depends upon many factors, such as the location of the leak, how long it went undetected, on which floor it occurred, weather it was a gush or a trickle, how many tenants were affected, if it affected mechanical areas or got into the elevator shaft and impacted the building’s infrastructure. The specific character of the damage is also a factor in determining cost. We consistently hear that the ROI is undeniable. In many cases, it only takes one alert, and the avoidance of significant damage, to substantiate the investment.”