Do not show again [X]
By Enjolie Esteve   2013 October Neighborhoods 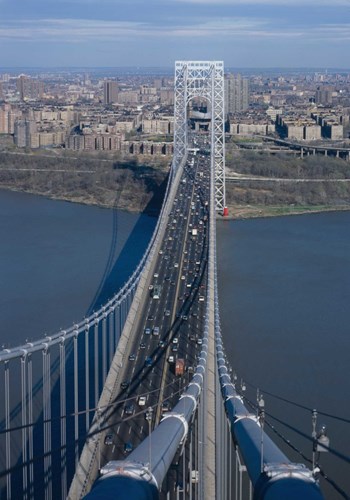 Manhattan dwellers desperate for a break from the constant buzzing of frenetic energy that surrounds the city—or just a little bit of elbow room—often look to Northern Manhattan as an escape from it all.

Sure, Hamilton Heights or Inwood are relatively solitude-friendly. However, such is not the case for Washington Heights. The neighborhood, which stretches from 155th Street to Dyckman and from the Hudson to the Harlem River is bustling with vitality during all hours of the day. It's a common occurrence to hear Bachata music booming from car stereos as packs of people dance along at 4 a.m. The community's palpable electricity inspired Lin-Manuel Miranda's Tony Award-winning Broadway play, "In the Heights," after all.

While Washington Heights isn't the place to go for a quiet retreat, between its countless nightclub and dining options, and beautiful green rolling hills, it offers and refreshing change of scenery—literally.

Although The Heights gained a bad rap in the 1980s during the Manhattan drug epidemic, the neighborhood has completely transformed. No longer ruled by drug lords, the community streets are now run by the countless children recklessly navigating their bicycles on sidewalks. The neighborhood has more than 12 primary and secondary schools, three universities (including Columbia University's multiple medical campuses) and eight parks: Suffice to say, the Heights is now very family friendly.

Before the late 1800s, Northern Manhattan was mostly rural and consisted primarily of farms. During this time, the area was occupied mainly by wealthy New Yorkers who looked to Northern Manhattan as their go-to summer retreat. It wasn't until the early 20th century construction of subway lines connecting Northern Manhattan to the rest of the city that the area became more populated. The subsequent construction of multifamily buildings to accommodate the increasing population solidified the urbanization of Washington Heights and brought the hustle and bustle of the rest of the city up north.

While Washington Heights is known as a primarily Dominican community, the neighborhood has gone through several ethnic and cultural population shifts. Irish immigrants comprised most of the neighborhood during the early 20th century. During the 1930s and 1940s, European Jews fled their nations and settled in the community to escape Nazism. Next, Greeks heavily populated the area during the 1950s and 1960s. Dominicans settled into the neighborhood beginning in the 1980s.

The Heights is known for its sizzling nightlife, but there are many other must-see destinations to experience that provide insight into the rich cultural and historical roots of the neighborhood.

Explore a beautiful residential relic by visiting the Morris-Jumel mansion located at 65 Jumel Terrace. The New York City landmark was built in 1765 by British Colonel Roger Morris as his dream summer estate. Morris abandoned the house during the Revolutionary War. George Washington took up residence thereafter in 1776. However, his stay was quite brief. Washington left after a month after losing the Battle of Fort Washington, which drove him to leave Manhattan. Stephen Jumel, a French shipowner, bought the mansion in 1810. In 1907, the mansion was turned into a museum by the local chapter of the Daughters of the American Revolution (DAR).

Take the A or 1 train to 207th Street to see the oldest standing farmhouse in Manhattan—the Dyckman Farmhouse. Jan Dyckman built the farm in 1680s; however, it was destroyed during the Revolutionary War. William Dyckman, Jan's grandson, rebuilt the farmhouse in 1785. The family gave the house to the city of New York in 1916, which subsequently opened it as a museum.

Between its intricately-designed decorative facade and historical significance, the Audubon Ballroom is a must-see piece of Washington Height's past. William Fox, the movie mogul of 20th Century Fox fame, built the ballroom in 1912, making it one of the first vaudeville venues in the area. The theater was the first theater in Washington Heights to present sound films, with the showing of “The Jazz Singer.” Famous acts such as Mae West, the Three Stooges and Lucille Ball graced the theater’s stage and entertained the masses.

The building also served many purposes throughout the years, acting as a meeting hall and synagogue. Despite its beginnings as an innovative entertainment hotspot, the Audubon Ballroom is best known today as the site at which Malcolm X was assassinated in 1965. Columbia University started transforming the ballroom into the Audubon Business and Technology Center in 1992, however, a museum built to honor Malcolm X (the Malcolm X and Dr. Betty Shabazz Memorial and Educational Center) was introduced in 2005 to keep the legacy of the building alive despite its new scholastic purpose.

Sports in The Heights

Hilltop Park, which once stood at Broadway between 165th and 168th streets (Columbia University Medical Center was built in its place in 1928), was the stadium of choice for the New York Yankees from 1903 to 1913. The Polo Grounds, which was located at West 115th Street and Eighth Avenue, was home to the New York Giants baseball team (now the San Francisco Giants) from 1911 to 1957.

Washington Heights has long been revered for its variety of Latin cuisine. Whether you're looking to fill your craving for some empanadas or want to challenge your palate with exotic Latin meals such as locrio de arenque, this neighborhood is the place to be. La Casa Del Mofongo (St. Nicholas Ave & 182nd through 183rd) is regarded as a neighborhood favorite for its titular dish, mofongo, a simple yet incredibly savory treat consisting of mashed green plantains—a staple in Dominican dining.

For a variety of meat dishes, check out El Conde Steakhouse (Broadway and 175th). Stop by Tipico Dominicano (Broadway and 177th) after those long nights on the town for their 24/7 breakfast.

And don't forget about the street meat! Patacon Pisao ( 202nd Street between 9th and 10th Avenues) is the busiest food truck in the Heights, and with good reason. The truck specializes in patacons, a Venezuelan plantain sandwich.

Aside from all the diverse dining options, booming nightlife and rich culture all packed densely into 1.7 square miles, the most appealing aspect of Washington Heights is its relatively affordable housing. Artists, students/recent grads, new families and transplants flocked to the Heights over the past five years, surely enticed by the more accessible market (the median price for a condo/co-op is $362,500).

Whether you're just taking the A train for a quick day trip or driving a U-haul to make the move to the Heights, it's definitely a piece of New York City everyone should relish.

Enjolie Esteve is an editorial assistant at The Cooperator and a former Heights resident.