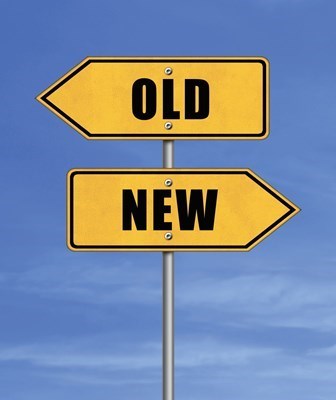 The governing documents of a housing development—be it a cooperative, condominium, or homeowners association—spell out the rules, regulations, and policies that all unit owners or shareholders are obligated to follow as a condition of their residence. There are three main documents in this category: the bylaws, which contain provisions for directorship, voting, transfers, fees, and so forth; the proprietary lease (or declaration, in the case of a condo or HOA), which describes the rights and responsibilities of unit owners or shareholders as well as of the corporation or association; and the house rules, which are usually a component of the proprietary lease and spell out the day-to-day rules and regulations for safe and harmonious multifamily habitation.

The Cooperator spoke to several attorneys specializing in co-op and condo law to get their take on the state of these documents: how often they should be revisited and revised, what the procedures are for making revisions, and common mistakes clients make when they do decide to give their governing documents an overhaul.

Dean M. Roberts, Esq. is the Practice Group Leader for Real Estate at law firm Norris McLaughlin, P.A., with offices in Manhattan, New Jersey, and Pennsylvania. He reveals that bylaws are sometimes drafted with no amendment provisions whatsoever, leaving boards “in this legal void on what the procedure is for amending [them].”

In such cases, the first step is to come up with language that makes sense for the particular population and governing body of the co-op, condo, or HOA in question. For co-ops, where a shareholder vote is usually required to make any bylaw changes, “You have to come up with what you think is the right quorum—is it half? Is it a majority of the shareholders? Is it two-thirds? Or is it bifurcated?” by which Roberts refers to having a different quorum requirement for votes on specific topics, such as changing the flip tax.

Even an existing amendment procedure can turn problematic when attempted to be put into practice. “Many proprietary leases have very high quorums, too,” continues Roberts. “Some require 100% of the shareholders [to vote], which can get really ridiculous and make it technically impossible to amend them.”

Such conundrums are most apt to come up in communities with a larger proportion of recent buyers, who may be less engaged than their predecessors or longer-term residents and who don’t know the issues (or don’t show up to meetings). “People were more involved, frankly, with the co-op back in the 1960s because they were newer,” says Roberts. “Often times people just don’t feel that there is a need [to get more deeply involved]. They think, ‘The other people will come – so I don’t need to go to the meeting.’”

So how do you ensure that you will even get enough people to show up to a meeting to vote on a bylaw change? “Communicate the need for the updates and modifications clearly and over time to the shareholders in order to persuade them of the importance of these changes,” says Mark Axinn, partner with Manhattan law firm Brill & Meisel. “You won’t be successful if you try to pass comprehensive revisions with little notice and inadequate explanation.” Roberts agrees, adding that paradoxically, it’s when co-ops are functioning smoothly that making quorum can be a real challenge. “The old joke I have is that you can tell when a co-op is well run when it can’t get a quorum at [shareholder] meetings. Because unless there’s an issue that drives people, oftentimes they just don’t care.”

Once the problems of inertia and attendance have been overcome, the next step is assessing your governing documents for clauses that could use a little updating. Axinn suggests analyzing them with specific attention to areas that have led to problems or misconceptions, and mentions some particular proprietary lease provisions that are frequently misunderstood or misused: “Two related ones deal with occupancy,” he says. “Section 14 permits family members to occupy an apartment with the shareholder, but not instead of the shareholder. Consequently, shareholders frequently violate Section 15 (which restricts subletting) when they allow grown children or other relatives to reside in their apartments without the named shareholders also present.”

Axinn points to another area that frequently results in misconceptions and contestations: responsibility for electrical, plumbing, and other repairs in a building or apartment. Because there is a fine line (often made of drywall) between a building’s common elements and the space to which a shareholder is entitled occupancy per their proprietary lease, repair obligations are not always so cut and dried. In condominiums and HOAs, too, the border between an owner’s property and the building’s or association’s common elements can be tricky and ambiguous—sometimes even inconstant, such as when the roots of a tree on common property grow to interfere with a unit owner’s plumbing.

Overall, clarity is key. If problems or misunderstandings have occurred because of a lease or bylaw provision’s ambiguity, then this might be the flashing red arrow signaling where to concentrate on making changes.

One of the most contentious issues in multifamily buildings may be that of pets. Most buildings and associations have a lease or declaration provision that prohibits at least certain types or sizes of animals. Purchasers of shares or units have based their purchasing decision on the presence or absence of such clauses—an allergic person, for example, would want assurance that they were not going to be living in the presence of pets; a person with a shy Yorkie might look for a building that allows dogs, but imposes a weight limit.

But even with established pets clauses, co-ops, condos, and HOAs must make concessions for residents who use service or support animals. The Americans with Disabilities Act (ADA) of 1990, the Fair Housing Act (FHA) of 1988, and Section 504 of the Rehabilitation Act of 1973 protect the right of people with disabilities to keep such animals in their dwelling as long as that animal performs a specifically trained task, or provides assistance or aid that allows the disabled person the use and enjoyment of their home equivalent to that of a non-disabled person. Boards and landlords must make 'reasonable accommodations' for any disabled resident who requests it—provided the accommodation neither causes an undue financial or administrative burden on the housing provider nor requires a fundamental alteration to the development’s premises or function. In the case of animals, a reasonable accommodation might consist of making an exception to a 'no pets' rule, or waiving pet registration fees.

Under such an understanding, it behooves boards to amend any pet-related rules and policies in their governing docs. Even if a building welcomes pets, according to Roberts, it's best to have established rules to keep residents and their companion or service animals safe and comfortable in their shared environment. There should be designated places on the property where dogs or other animals are allowed – and not allowed – proscribed types of control under which the owner/handler needs to keep the dog (e.g., maximum leash length, harness, etc.); clear statements about what constitutes unacceptable behavior or conditions for the pets (e.g., aggression, excessive barking, odor, flea or other infestation); and spelled-out responsibilities for damage, mess, or other nuisance an animal might cause. That way, if a legal question does arise, the building or complex has the policies in place to support its case.

Overhaul for a New Millennium

Attorneys we spoke to for this story did not indicate a universal time frame or schedule for updating governing documents. However, they also pointed out that precious few co-ops, condos, or HOAs have ever updated them. Considering that many co-ops and condos incorporated in the 1980s or earlier, it’s about time that boards examine their governing documents for provisions that are outdated or obsolete.

“One simple amendment,” says Axinn, “is to extend the lease's expiration date, which many co-op corporations need to do, as their 50-year leases from the 1980s will expire soon without an extension.” As co-ops’ proprietary lease expiration dates approach, it is a good time for those buildings to examine the finer points of their leases for areas that could use an update.

“Also,” continues Axinn, “it would be nice if proprietary leases and corporate bylaws took note of the 21st century and provided for notice and meeting participation by email or other electronic means.” People who've grown up with email and smartphone technology might just assume that their building's bylaws already have such inclusions, but the fact is that many governing documents still contain language that refers to written or in-person communication only, without mentioning phone, email, SMS, or web-enabled conferencing.

As new technology and its adoption accelerates with every passing year, it's incumbent upon boards to ensure that the methods of communication they are using (or want to use) with shareholders and among themselves comply with leasehold provisions. Rather than fundamentally altering their corporate and community norms, making minor updates to certain governing clauses can allow for a wider array of options.

Most changes in technology or social norms would be addressed in the house rules, say the attorneys we spoke to. For that reason, “It also needs to be clear that the bylaws allow the co-op board to amend the house rules without calling for the shareholders to vote,” says Roberts. Since these rules govern the everyday function of life in the building, the process of changing them shouldn't be encumbered by the time and effort it would take to involve the entire shareholder population each time. Co-op and condo boards need to be able to respond nimbly to changing regulations (smoking laws, for example) and technology (like e-cigarettes and vaping). And if your house rules include where to park your velocipede or requirements for your water closet, quips Axinn, it's high time for the board to address those visible lines of aging, so to speak.

Lena Kozakiewicz on A Look at Board Powers:
our condominium board purchased a 3 bedroom townhouse for the resident manager they hired without a vote and we were notified after the fact…
David Moscovic on Removing a Condominium Owner:
Can a unit remove themselves from a condo association. There are separate houses that are outside the gated HOA community. We have very li…
Dee on Watch Your Mouth:
Can i sue the coop n Douglas Elliman from not taking care of my complaints for yrs o doorman that bully harassed me n doesn’t try to get me…
Lawrence Lesman on Watch Your Mouth:
For close to a year my co-op board accused me of doing illegal construction and alterations in my apartment. The board never said who was a…
thomas enright on Removing a Condominium Owner:
I own a condo in floride since june 2019 last year my daughter gave birth and is unfit to keep the child by the juvenile protction in canad…