Do not show again [X]
By Keith Loria   2009 August Insurance 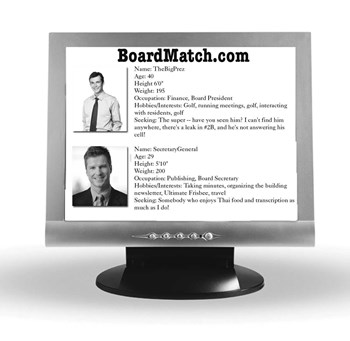 Most co-op and condo residents understand that there is a board protecting the interests of their building community and individual owners—they’ve probably taken part in numerous board elections, or even served on committees, or volunteered on behalf of the building in some capacity. But many residents who’ve never held elected office still don’t truly understand what the board members do.

Co-op and condo board members are volunteers who live in their building and want to help make sure their investment is protected. They have responsibilities within the board, at board meetings, within shareholder and unit owner meetings and in dealing with professionals and building documentation. The board is also obliged to respond to changes in the economic environment, the membership base, and the physical and financial status of the building.

Acting dispassionately on behalf of one’s own home isn’t easy. “It’s important when you are a board member not to get stuck on trivial matters and stick to the big issues,” said Tim Gildner, a member of his co-op board on Manhattan’s Upper West Side. “You also need to think beyond your personal opinion and ask yourself if this is good for the building, not just you as an individual. You are there representing everyone.”

Boards are made up of an odd number of directors and usually contain four officers—the president, vice president, secretary and treasurer.

The president is the chief executive officer and has many responsibilities. Typically, they call the meetings of the membership and of the board, prepare the agendas and lead deliberations.

“The president is basically the person who runs the meeting—they are in charge of opening it and they make the motion to close it,” says Steven Birbach, chairman of Carlton Management in Glenwood Landing. “They are the person who ultimately signs stock certificates and proprietary leases. Other than that, the job is really to oversee and chair meetings. That’s the most important thing.”

“The vice president’s main responsibility is to take over the meeting if the president isn’t there and fill in,” says Burt Allen Solomon, who is with the law firm of Norris McLaughlin & Marcus PA in Manhattan. “It is common for a vice president to become president after serving their term.”

Gildner was voted in as secretary of his board after being a director for one year. Although he doesn’t have a dedicated assistant, because of the responsibilities involved a number of boards appoint assistants to officers to help them carry out their duties.

The secretary signs stock certificates, proprietary leases and banking documents. They also keep and distribute minutes of meetings, maintain records, inform members of meeting times and agendas, and carry on correspondence that does not fall to the responsibility of the president or treasurer.

“It is a lot of responsibility, but I wanted an important position to be a part of the building and the process,” Gildner says. “It does take time, but I’m happy to give it.”

Those serving on their board who don’t hold one of these positions are normally simply referred to as directors, although some buildings come up with different titles for some members, depending on their role and responsibilities.

“We have a building where we have a particular board member who is very mechanically inclined, so he is the VP of maintenance,” says Birbach. “We created that position for him. Whatever people’s strengths are, that is where they ultimately are used.”

Often new board members enter into their positions without knowing the full scope of the responsibilities they’ll be taking on.

New board members usually start off as a director, learning, watching and absorbing information. Perhaps they move up the ladder with the next general board election, but there is no written rule about what they can do.

“The biggest shock when I was a new member was realizing how much responsibility and how much work and time and energy goes into being a board member, Gildner says. “There is a lot of stuff going on.”

“The board has a lot of authority in the sense that they have been selected by the shareholders to represent them and make the decisions for a building so they have tremendous latitude for making decisions,” Birbach says. “They answer to themselves and should be acting in a majority. If one person wants to increase the sublet fee but four other members say no, it won’t be increased.”

Whether you are president or an officer, every vote carries equal weight, which is why there is always an odd number of board members on each board.

“It’s designed so nobody has more control than any one person. Each has a vote on the board and although the president might run the meeting and the treasurer runs the financials, ultimately the whole board will vote and the majority of the vote wins,” says Gildner. “The president is not making all the decisions. At the end of the day, every board member has one vote.”

Board members also need to demonstrate discretion, as sensitive material is sometimes shared in the board meetings regarding tenants, money or other aspects of the building.

“You will have a great deal of responsibility, which means not always taking action that will be popular,” Solomon says. “If you have to raise maintenance fees for example, that’s necessary. Even though your neighbors may not love it, you might need to do it to pay the debts.”

A building’s board of directors is primarily responsible for protecting the assets of the member-owners. Directors are expected to act in good faith and in the best interests of the building as a whole. 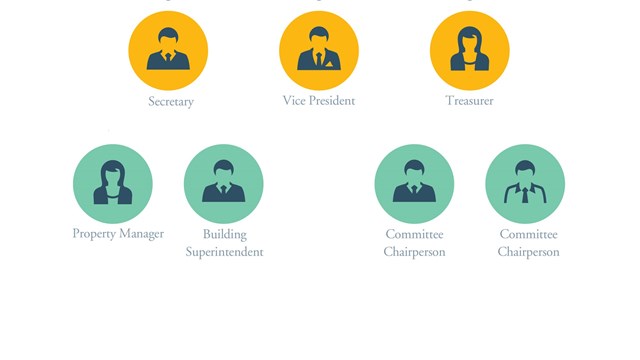 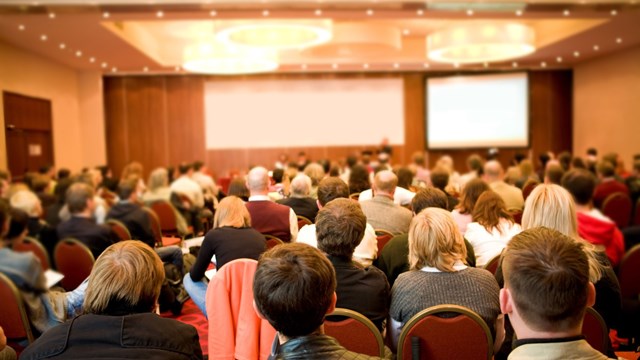 Co-op Board Veteran Barbara Gambino Talks About Her Role