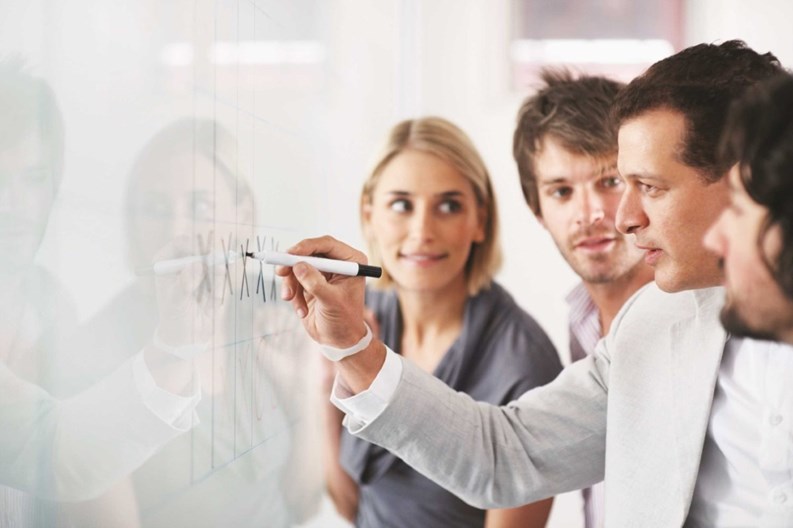 Remember your first day at a new school? Most likely, you didn’t know a soul, had no idea what the students were learning and you probably felt  nervous, intimidated or maybe even afraid. In most cases, this is what it’s like to be a new board member. A newcomer walks into a meeting for the first  time, may or may not know a fellow neighbor volunteer, has no idea what is or  has been discussed and might feel nervous, intimidated or even afraid. Getting  elected to a building's board is a big job and the members can also find  themselves unsure of what they've gotten themselves into.

To help a new student calm their jitters and get them up to speed to the others,  a teacher will often appoint a current student to show the newbie around, share  books, introduce him or her to other students and give them the lay of the  land. It’s a great concept to follow when new members come on board.

“I am an advocate of having a more experienced board member mentor a new board  member,” says Greg Carlson, RAM, NYARM, founder and president of Carlson Realty, Inc.,  and the executive director of the Federation of New York Housing Cooperatives & Condominiums (FNYHC). “The one on one works great.”

It’s during this one-on-one time that the newcomer can review the current issues at  hand in the building. “An incoming new board member should also be given a kit, which contains all of  the essential documents and resolutions including a set of bylaws, house rules,  policies the co-op board has adopted, subletting policies, etc.,” says Eric M. Goidel, a senior partner at the law firm of Borah, Goldstein, Altschuler, Nahins & Goidel, P.C., a law firm in Manhattan. “Even though they may have gotten these documents as a shareholder when they  moved in, maybe they aren’t aware that those versions are no longer relevant

In addition to reviewing the documents, the veterans can also give the rookies a  working knowledge of the building, its occupants, problems and needs. “They should know the condition of the building and what repairs and maintenance  items are necessary,” says Richard Herzbach, an attorney and partner at Certilman Balin Adler & Hyman, LLP in East Meadow, who recommends that the new kids on the block review  past minutes of meetings.

The minutes of the meetings will show the newcomer, minute by minute, what  happened during each meeting. They can then take time to digest the information  and ask any questions based on what already has been discussed. “They should also have a good sense of what unit owners are interested in and the  kind of building they want to live in as well as the financial condition of the  building,” says Herzbach.

A tour of the building can also be a very educational experience for the new  member. Herzbach also says that making newcomers feel welcome is a vital part  of a successful board. “New members feel left out because there is a group running a community for a  period of time and it takes them time to get acclimated,” he says. “A good board member should take them under his wing and ease that transitional  period. We provide staggered terms so there are always board members who have  been on for a few years to mentor those coming on fresh. They can discuss  problems with the community and ask what community work they want to work on.”

Unfortunately, while some neophytes come in eager to learn and help and have no  other agenda, others start their term with their own agendas and some major  misconceptions on how the board operates. “The first thing that any board member should do is put their own issues aside  and look at it as a business,” says Josh Koppel, CPM, president of HSC Management in Yonkers. “Some people think that because you’re a board member, you’re treated special and you’re getting something for it, not that you’re just there to stand up and protect your property. The new members need to  keep in mind it’s a volunteer job and it’s to benefit the community not one person.”

They should also understand their roles and responsibilities. “Some new members believe that the board has the right to do whatever they want,  but they don’t,” says Herzbach. “There are restrictions they need to be aware of in those formal documents,  including the declarations and bylaws.”

Board members should also be brought up to speed on how meetings are run. One  way to do that is to refer them to Robert’s Rules of Order, which spells out in explicit detail how to run a meeting, form  the proper way of introducing a new item of business, voting on it, and closing  the floor for discussion.

Because new members are voted in, they also may come to the table with a  misleading sense of power. Although the board of directors acts as a governing  body for the cooperative or the condominium, they have power to control what is  permitted to take place and not take place in the individual units and the  common areas. Uneducated board members may take this sense of power to a new  level.

“They order the staff, make decisions without board approval and mislead  residents that a certain thing the resident wants done will be done,” says Carlson. “Unless expressly authorized by the board and/or board policy dictates otherwise,  a board member is only a board member when they are at a duly-called for board  meeting and only then. Other times they are a resident just like everyone else.”

In the excitement of being a new board member, it’s also important for them to know what they can and cannot say. “I’m often asked to talk to boards about the general practice of running and  conducting a board meeting and how the members are supposed to conduct  themselves,” says Herzbach. “They learn how to keep board meetings out of the hallways and how voting occurs.  I impress upon them that whether the vote is 9-0 or whether it’s 5-4, once there is action, even those who disagree have to fall into line and  honor it.”

There are many resources available to new board members to become oriented on  how the board is run. They can keep up to date on industry news and laws and  find tips on running a successful board by reading trade publications such as  The Cooperator. “They can attend seminars by The Federation of New York Housing Cooperatives and  Condominiums (FNYHC) and the Council of New York Cooperatives & Condominiums (CNYC),” says Carlson. “The CNYC has a two-part, three hour intensive seminar for new directors known as  Co-op 101 or Introduction to Co-op Board Responsibilities. On the national  level the National Association of Housing Cooperatives (NAHC) gives a six-hour  course called “The 3R’s: Roles, Risks and Rewards.” Go to www.fnyhc.com, www.cnyc.org and www.coophousing.org for further  information.

The Community Associations Institute (CAI) is another valuable resource for new  and existing board members and property managers. The CAI (www.caionline.org)  is an international organization dedicated to building better communities,  provides education and resources to community association homeowner leaders,  professional managers, association management companies and other businesses  and professionals who provide products and services to community associations.

Most importantly, like the new kid in school, if you’re a newbie don’t be afraid to raise your hand and ask questions. “Remember, all board members were newbies when they came onto the board,” says Carlson.

Serving on a board is a volunteer job and members give up a chunk of their free  time to make sure the condo or co-op association is run smoothly. They may even  take on other volunteer tasks that require more of their time, such as  president, vice president, treasurer or secretary. They have to attend  meetings, make decisions and, at times, go against the popular vote in order to  do what’s right for the association. Not everyone wants to volunteer for this thankless  job, so it’s important to make a new board member feel as welcome and informed as you can.