Do not show again [X]
By Anthony Stoeckert   2012 April Insurance 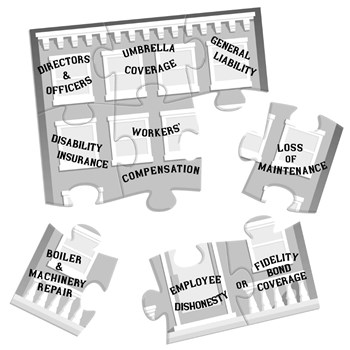 Insurance is a relatively simple concept that any homeowner can understand. You purchase a policy paying a premium to an insurer, and when a claim gets filed, the insurer pays. So in theory, insuring your co-op or condo building should be virtually the same principle—only on a larger scale, right?

Wrong. Insuring a building is a complicated, multi-layered process that board members should take seriously, and the proper amount of time to understand. Having the right kinds of insurance and the correct amount of coverage is extremely important for your building’s financial and physical well being. A solid understanding of what comprises a typical co-op or condo policy will help the board not only protect your unit owners and shareholders, but the all too important investment they’ve made in their homes.

Insurance coverage for your condo or co-op is made up of many components, beginning with property insurance, which as the name suggests, protects your physical property. According to Edward J. Mackoul, CIC, president of Mackoul & Associates Inc., an insurance brokerage with offices in New York and New Jersey, property insurance covers the outer structure, any damage caused to the building as well as any personal property owned by the association: tables, chairs, desks, conference room furniture, and outside patio furniture. It would also cover the income that the association cannot collect in case of a claim. “If there was a fire, for example, and a unit owner hasn't been paying the maintenance fee, the property coverage covers the income that the association is losing,” he says.

General liability is another piece of the package and it covers two main things, says Mackoul: bodily injury and property damage. Injury includes slips and falls—people getting injured and suing for damages, wherever they were on the premises or in the building. Property damage entails anything that the association has done that has caused harm or damaged someone else, such as a pipe bursting and subsequently leaking into and flooding several units.

Beyond that package, Barbara Strauss, executive vice president of York International Agency in Yonkers says buildings also need an employee fidelity or dishonesty bond, also called fidelity bond coverage, which according to Strauss, covers illegal conduct on the part of building employees, such as theft of money, security or property belonging to the condo or co-op association.