State legislation regulating the payment of contractors and allowing the withholding of payment for shoddy or incomplete construction work, was signed into law by Gov. George Pataki and became effective January 15.

The Construction Contracts Act of 2002 applies to private, commercial and residential projects valued in excess of $250,000, but does exclude residential projects of less than 150 units of government subsidized housing or where the aggregate size is less than 9,000 square feet, and two- and three-family residential dwellings. It also doesn't apply to any projects planned or contemplated in the reconstruction of the former World Trade Center site in Lower Manhattan.

According to the bill summary, the legislation establishes provisions requiring the prompt payment of all parties performing work pursuant to a construction contract; allows that the construction contract include all contracts providing for the construction, alteration, repair, maintenance, moving or demolition of a building or structure, and the development or improvement to land; provides for the payment of progress payments on contracts with a duration in excess of 90 days; requires the prompt payment of subcontractors and materials suppliers; authorizes, upon written notice, withholding payment when work is not performed in a satisfactory manner only until defects are corrected; and, provides for suspension or termination of such contracts and any damages that may arise from them.

The legislation does not permit the withholding of payment in "bad faith" but does allow payments to be withheld only until such time as defective work, late work, disputed work, failure to comply with the contract and failure to pay bills, wages, benefits or taxes, are remedied. The bill also allows levying an interest penalty of one percent a month on late payments.

Provisions in the bill spell out two ways in which the legislation can be applied. Under the first instance, what is called "non-mandatory rules" apply in the absence of an agreement between the parties" concerning a proper payment schedule. For example, the bill sets up default standards for the processing of contractor invoices: namely, the billing cycle for the submission of invoices; the time frame for the owner's approval or disapproval of invoices; the grounds for disapproval of an invoice; the timing of an owner's payments; and the process by which the owner may exercise his or her rights to withhold payment.

Time frames are set up for the owner to approve or disapprove payment. The owner must either approve or disapprove the contractor's invoice within 12 days of its receipt, and, if the invoice is disapproved, a written statement must be furnished to the contractor; the parties are free to negotiate a reasonable retainage fee for a disputed or disapproved amount; payments for disputed amounts must be made within 30 days of the owner's approval of an invoice, or 42 days after its initial receipt of the invoice.

The "mandatory rules" supercede any contract and afford remedies to the contractor if the owner fails to either approve, disapprove or make payment on undisputed amounts in the contractor's invoice within the established time frame. It provides for accrual of a monthly interest penalty for failure to pay; and permits the contractor to suspend performance or stop work on a particular job if the owner fails to approve or disapprove an invoice within the allotted time frame or fails to make timely payments. The contractor must give the owner ten days written notice and an opportunity to cure the dispute before such action can be taken.

"What puzzles us," notes Varone, "is why is it only for bigger projects? There are contract mechanisms in place that governs all this," he says. "Why do we need this in the first place?"

He also finds it odd that the legislation even goes so far as to stipulate how much of an interest rate you can charge as a penalty. "I'm very surprised that they actually go to the point of setting an interest rate. That's a function of the business economy."

The stipulation of a time frame is not all that onorous, says Varone, but most contractors already have time payment schedules in their contracts, or they should, he says. No one wants a work stoppage, he says, but there are usually provisions in an architect's or engineer's contract providing for such a remedy if they are not paid in a timely fashion.

C. Jaye Berger, an attorney who specializes in construction and landlord/tenant law, also believes the legislation to be a bit duplicative. She says that some provisions actually seem to mirror the trust fund law, which details how contractors get paid during a capital improvement project and the responsibility of paying their subcontractors.

"It sounds to me like trust fund provisions," Berger says. "I don't know if I would say it technically duplicates it but it certainly picks up those same notions. When it says that the owner is required to pay the contractor the amount he gets from the lender that ties into the trust fund law. What the trust fund law wouldn't touch about this would be that you could stop work."

While the law was probably enacted because some contractors may have had trouble getting paid, Berger agrees with Varone that the larger contractors likely have provisions in their contracts that address that scenario. 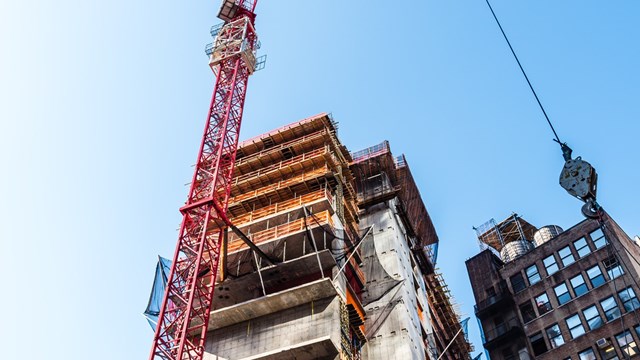 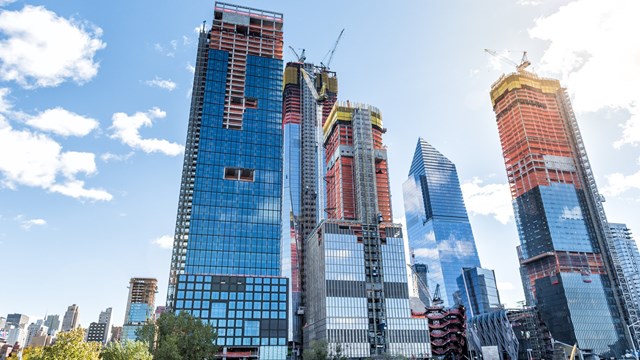