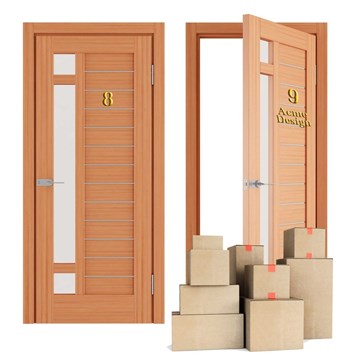 Many aspects of the American work landscape have changed radically in the last two decades. As the service and information economies have overtaken manufacturing and other more traditional forms of labor, the old 9-to-5, office-bound workday model has shifted as well.

Even back in 2000, the U.S. Small Business Administration (SBA) estimated that home businesses accounted for more than 50 percent of all U.S. firms, and generated more than 10 percent of the nation's revenue. Those figures have grown exponentially as more people are working out of their homes than ever before—according to the U.S. Census Bureau, about 13.4 million people currently work from home in the United States. That's about 4 million more Americans since 1999. And that number is growing, as more big businesses realize the advantages, in terms of economics and productivity, of having employees stay home.

While home-based businesses have been a boon to many entrepreneurs, in some cases the practice poses challenges for the buildings where they live—and work—in. How do associations handle these challenges? How much work are residents allowed to do at home, and what kind? What recourse do condos and co-ops have when office use crosses the line into violating the governing documents—or, worse, the law?

America has always been a country where the residential and the commercial overlap. Indeed, it was this tradition of blending work and home in the early twentieth century, when it was common for families to live above or adjacent to their own mom-and-pop businesses. It’s not just the treacle of nostalgia that inspires politicians and others in positions of power to argue for live/work zoning. Now, giving small business owners the option to live where they work can spell the difference between a business succeeding or failing. And when these businesses succeed, they can succeed spectacularly.

“Many great companies such as Apple Computer started out as home-based businesses,” says Marianne Markowitz, regional administrator of the U.S. Small Business Administration. “SBA has capital and counseling assistance to help these businesses grow.”

Benefits of live/work zoning are not confined to small business owners who occupy the buildings. Real estate developers learned during the recent recession of the mid-2000s that a slight tweak in zoning, from residential to live/work, made hard-to-move condo units that much more desirable to buyers. This can be a boon to everyone in the building, even those who use the premises only to sleep, eat, do laundry, and watch TV. In a co-op or condo, nothing is more ominous than a half-vacant building. Better a small law firm in the building, paying dues in full and on time, than a foreclosed unit.

The difficulty comes when a small business springs up in a condo that isn’t zoned for live/work. “The municipalities couch their regulations in terms of being in residential areas. If a condominium is in a residential zoned area, it's subject to whatever regulations that exist. Some of them might not even be pertinent. For instance, a lot of the zoning rules say you're not allowed to keep a truck in the driveway, which doesn't really apply to condos,” says Anne Ward, an attorney and senior counsel in the condominium law department at Ehrlich, Petriello, Gudin & Plaza, which has offices in Newark and New York City.

As with most ordinances, there are nuances to live/work rules. All of us “work” from home at times, whether we want to or not. There is a difference between, say, a graphic designer tinkering with Photoshop by herself and an import/export company that deals in firearms. “If a person is working from home, say from the computer only, that is not a major issue. Most of the proprietary leases say that occupancy will be for residential purposes only. However, home occupations are generally allowed despite the lease clause,” says Robert Silversmith, a founding partner at Silversmith & Associates Law Firm, PLLC in New York City.

Visitors can be employees of a small business—a bookkeeper, a personal assistant, a master craftsmen—or customers, clients, or vendors. It’s one thing for a successful actor to have his personal assistant drop by the condo every day; it’s another for an attorney who represents drug dealers and petty criminals to see his clients in the building. “The one thing that tends to be the driver of complaints is the foot traffic. Whether it's the FedEx guy coming four times a day, or a business that depends on clients—that is the biggest trigger. Paperwork doesn't cause issues, people cause issues,” says Dean M. Roberts, Esq. an attorney at Norris McLaughlin & Marcus, P.A. in New York City.

And while houses of ill repute—especially high-end ones—tend to be discreet, one of the dangers of prostitution is the threat of violence. Another is that it’s illegal. (The way to stop an escort service from operating from a residential building is simple: hire a security guard to take down the driver’s license numbers of all visitors to the building. In 48 hours, all prostitution will cease).

Most violations of the prohibition of office use on residential property are not quite that colorful. “Although our data on home-based business growth is more national in scope, I can report that the top two sectors in this area are construction and professional, scientific and tech services,” Markowitz reports.

“Seventy percent of all construction businesses are home-based, and 63.1% of all professional, scientific and tech services are home-based.” The lion’s share of violations are operations that began as one-man businesses in those and other areas, and then blew up enough to require more staff. This is good for the overall economy, but a potential risk to the residents of the condo.

Some co-ops and condos take pains to make sure that traffic and noise issues are spelled out in the house rules, while others don't have anything specific in their rules, and rely on municipal law. “There's no point-blank standard. The problem is sort of like pornography, you know it when you see it. For condos, it's gets much more messy because it's hard to enforce. Co-ops you go to housing court, condos your only option is the Supreme Court,” says Roberts.

While there are obvious benefits to live/work—as well as benefits to making, say, the first few floors of a high-rise building live/work, and the rest residential—there is always more risk associated with live/work, for reasons we have seen. HOAs must be vigilant in dealing with residents seeking to skirt these rules. They are there for the safety and security of everyone in the building. But this can be more difficult than it may first appear.

That said, the risk isn't very high, and it's a simple reality that more and more Americans are working remotely. “It's very much driven by a building's demographic. If you have a new building with a lot of young people in it, because a) they understand working at home, and b) most of them aren't home during the day. But in more established co-ops, you have Mrs. O'Leary who's been living there since 1956, and the person across the hallway is having young guests, and packages coming in—the simplistic trend is, as technology has made it more and more easy to be connected to work, it's been less and less a nuisance to work at home,” says Roberts.

Enforce Your Own Rules

For that reason, boards should make sure they have such rules in place and that they're clear and fairly enforced. If they're not in the house rules, avoiding litigation or legal recourse from outside the building becomes more likely. Ultimately, if someone is working from home in a manner that doesn't really cause any disturbances, obviously it would be difficult for anyone to find out, let alone take issue with it. And, lots of UPS packages and client meetings in the common areas are pretty conspicuous violations of the typical rules and regulations laid out in association documents.

Greg Olear is a freelance writer and a frequent contributor to The Cooperator. Editorial Assistant Tom Lisi contributed to this article. 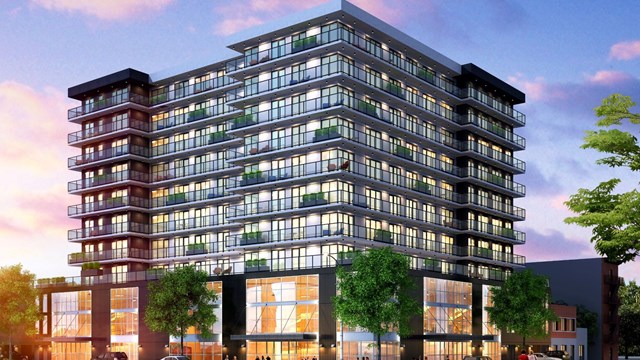