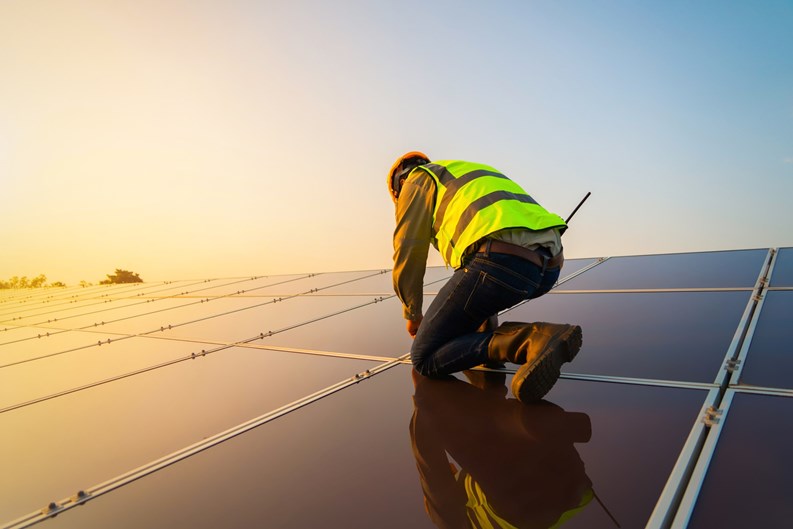 As the COVID-19 pandemic descended upon the country at the end of last winter, notably taking hold initially and most prominently in New York City’s outer boroughs, which include some of the most diverse ZIP codes in the United States, it quickly became apparent that communities of color were being impacted more heavily and more severely by the pandemic. Part of this outsized impact can be traced to the disproportionate rates of underlying health conditions that exist in such communities, which are in turn a factor of decades of energy policy and infrastructure that placed polluting power plants and toxic waste sites at the doorstep (sometimes literally) of residents.

But now such communities are looking to reverse these devastating trends by prioritizing energy efficiency and public power in their neighborhoods and buildings. In the Bronx, non-profit groups like The Point CDC and South Bronx Unite are flipping the script on traditional energy sources, supply, and even ownership, advocating for and organizing alternatives that produce cleaner, more affordable energy and put the control in the hands of the people who use it. And Bronx co-ops and other multifamily communities are going back to their roots in collective ownership and advocacy by converting to green power sources and infrastructure and sharing resources and information.

According to a Gothamist story, The Point CDC is examining the feasibility of using warehouse roofs to install solar panels that can be owned and maintained by South Bronx residents themselves, in a project called Hunts Point Community Solar. As Fernando Ortiz, climate preparedness and resiliency organizer for The Point CDC, explains, “We have all these industrial sites that have historically created issues—environmental and social issues—for the community. And there’s now a potential opportunity to remediate some of those past issues. Give us access to your roof; let’s have a more equitable energy system. Let’s feed back into the community that you are part of.”

There are already plans underway to convert peaker plants—fossil fuel-powered mega-polluters that were intended as temporary fixes at the turn of the millennium for the types of black- and brownouts that states like California were enduring at the time during peak energy usage—into battery storage. Gothamist’s reporting indicates that a July 2019 New York State Energy Research & Development Authority (NYSERDA) study identified the Ravenswood peaker plant in neighboring Queens as a candidate for phased conversion into an 8-hour battery storage facility that can power 250,000 homes. The conversion, which was expected to be mostly completed by March 2021 prior to COVID, is considered a new sustainable model for the city to transition other peaker plants, which are by and large located in Bronx, Brooklyn, and Queens low-income communities, to zero emissions—in line with the state’s carbon-reduction goals that include 1,500 MW of battery storage by 2025 and 3,000 MW of storage by 2030.

But the Ravenswood battery storage would still be powered partly by polluting fossil fuels and delivered by for-profit utilities like Con Edison, which have been largely responsible for the city’s summer blackouts and rising utility costs. Therefore, projects like Hunts Point Community Solar would not only provide a cleaner energy source, but would also be a model for consumer control. “We want to not just advocate for alternative energy sources,” says Ortiz. “We also want to own it.”

At 1010 Sherman Avenue, in the heart of the Grand Concourse in the South Bronx, Sherman Terrace Cooperative (STC) is a 67-unit co-op building developed in 1957 that is now “dispelling the wealth illusion associated with energy conservation and on-site energy generation by taking responsibility for its environmental impact and making strategic investments in clean energy choices for infrastructure and in building operations,” according to current board president Derek Jones.

With a majority minority shareholder population since its inception, STC is currently home to a demographic of 74.62% Black, 14.93% Hispanic, 5.97% White, 2.98% Asian, and 1.49% Indian residents, 37% of whom are retired, and nearly 100% of whom are characterized as low to moderate income. The co-op’s seven-member board has set intentions for the building to be “a positive, proactive, conscious example for the surrounding community,” says Jones, who spearheaded the board’s transition to a more progressive-minded governing body focused on lasting and impactful capital improvements and community engagement.

Inspired by the alternative energy initiatives undertaken by the adjacent Melrose neighborhood—the only Certified Gold LEED district in the state of New York, says Jones—STC has taken on several projects recently to reduce its carbon footprint and become a model for on-site energy production and sustainability. After engaging energy consultant EN-POWER GROUP, the co-op retrofitted all common area lighting to LEDs and participated in Con Edison’s Multifamily LED Lighting Incentive Program that allowed shareholders to swap out conventional light bulbs for energy-efficient LEDs in their units.

Additionally, STC improved the internal building air quality in common areas, as well as in 24 individual apartments, by completing high-pressure, negative-suction cleaning of all air ducts with commercial-grade high-efficiency particulate air (HEPA) vacuums. This project was undertaken before the threat of COVID-19 even surfaced, intended as a preventive measure for the already prevalent respiratory illnesses and allergies that are commonly caused and spread by inefficient or faulty duct systems, where harmful microorganisms, fungi, and viruses can grow. Having the improved duct system during the coronavirus pandemic has surely benefitted both residents and staff of the building.

Recently completed at STC is the installation of a new boiler with an updated Real Time Energy Management (RTEM) system that can control the heat based on indoor temperatures and will provide real-time alerts and analytics to building management. The system also allows for remote control of the boiler from phone, computer, or management system. The burner will function on both gas (primarily) and oil (in case of emergency), reducing the overall building CO2 output. Smart temperature sensors have been placed in more than one-third of the residential units to more accurately monitor whole-building temperatures. A separate 750,000 BTU water heater is also being installed that will result in greater water efficiency and energy savings, especially after wireless Intech 21 Power Meters PM-2104 are installed in each apartment, creating an opportunity for shareholders to become more aware of their personal energy usage.

A recent roof re-insulation and sealant membrane provide energy efficiency by keeping the building cooler in summer and retaining heat in the winter; the co-op is capitalizing on the new roof’s 25-year warranty by adding 301 LG solar photovoltaic modules of 350 watts DC each and SolarEdge inverters with optimizers for the panels. The system is expected to have an estimated annual production of 120,167 kWh AC and complies with the mandates of Local Laws 92 and 94 that require all buildings undergoing roof renovations or replacements, in addition to all new buildings, to include a solar photovoltaic system, a green roof system, or a combination of both.

According to Jones, STC’s boiler conversion has already yielded substantial savings in fuel costs for the co-op. The first four months of 2021 alone saw a $71,892.36 savings compared to the same period in 2020. The co-op has additionally earned $8,407.24 in credits from the solar installation between December 2020 and April 2021.

These grassroots, community-instigated undertakings are just some examples of buildings and neighborhoods in the Bronx being at the forefront of green initiatives, providing models for the rest of the city and state as they lead the country in aggressive, progressive climate policy. With residential buildings positioned as major contributors to the climate crisis—and thus responsible for a large proportion of improvements and compliance meant to achieve reduced emissions—we can all take a note from these eco-pioneers up in The BX.

Linda Sperling on Understanding What You Use Helps to Conserve:
When we have a several-day heat wave, Con Edison reduces our electric - sometimes by as much as 8%. I would like to know why they aren't re…
Linda Sperling on New Green Tech for the Multifamily Sector:
Regarding solar energy, perhaps we should take a page from Germany's playbook installing solar panels above highways. That wouldn't require…
Anonymous on Understanding What You Use Helps to Conserve:
The con Edison bill is too damn high especially for one bedroom..con Edison surcharge are likely higher then the regular monthly bills itsel…
Mary on Submetering Your Building's Electricity:
I'm researching the billing aspect of sub metering in a condo building where all of the units are individually owned. there is electric from…
UWS Board on What about the environmental impact of LED Lighting? How much energy does it save?:
Years ago, our co-op switched the common-area light bulbs from incandescent to CFL, which cut the electric bill a tiny bit, but increased ov…