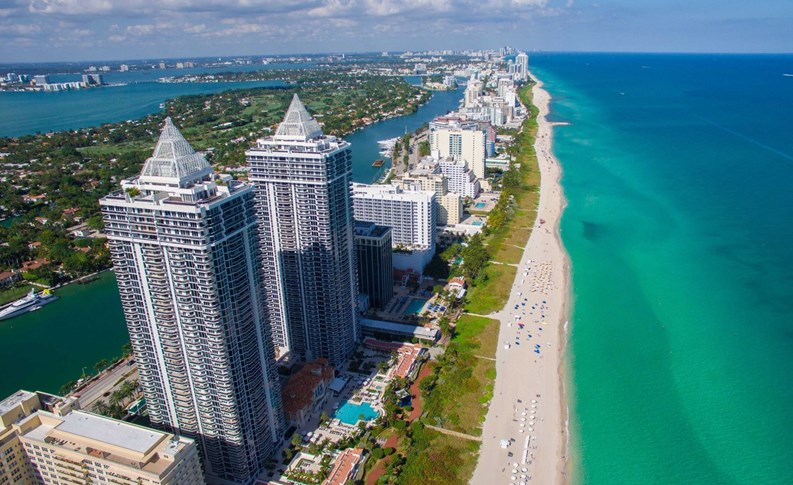 It's tax season, and homeowners in some states are apparently getting hit harder than others due to President Trump’s revised tax legislation.

During a press conference in early February, New York Gov. Andrew Cuomo argued that the New York State deficit is growing mainly due to changes in the tax code, specifically due to new limits to deductions for state and local taxes (SALT) from federal income taxes. Cuomo further claimed that because of this tax burden, wealthier New Yorkers are fleeing for sunnier pastures – specifically Florida.

As explained by Newsmax, which cites the Tax Institute at H&R Block:

And while this may be bad news for New York, Floridian real estate sharks are already smelling blood in the water. Speaking to CBS Miami, developer Edgardo Defortuna noted that only seven units remain of the 192 constructed at Jade Signature, a luxury condo development in Sunny Isles Beach.

“Yes, the timing was perfect, and now we are targeting those buyers that want immediate gratification. We are finishing some of the units so they can basically bring their suitcases and move in,” Defortuna said, regarding the New York pharmaceutical and hedge fund CEOs who have purchased units in the $5 million -$30 million range at his property.

While states like New York, New Jersey, and Connecticut have some of the highest property taxes for homeowners in the nation, those in Florida are considerably lower. As Bloomberg reports, real estate executives like Daniel de la Vega, President of ONE Sotheby's International Realty in Miami, are now actively courting potential clients in Manhattan and Long Island specifically because of that tax differential.

And it's not just New York that is feeling the crunch. In the wake of Gov. Cuomo's presser, the Chicago Tribune ran an op-ed entitled “Yes, the Illinois Exodus is 'as serious as a heart attack,'” in which the paper’s editorial board laments Illinois residents absconding for Florida, Texas or other states with more reasonable tax accommodations. And while that particular piece is mostly an argument for austere government spending/against further taxing the rich, a trend is a trend.

Whether those with the means will continue to head south for all seasons remains to be seen -- and what 2020 will bring remains anyone's guess.

James Turano on Can Co-op Boards Set Unit Prices?:
It is a disgrace by any co-op board who turns down a $250,000 all cash offer for a 3 room co-op that needs total gut renovation of about $50…
Jack on What You Should Know About Sponsor Units:
Get another attorney familiar with co-op rules in New York City
g. cardona on Developer Announces $16.2m Condo Site in Woodside, Queens:
Im interested in an application for a 2 bedrm
Anthony de Fex on 3 People in Charge of Application Process at Mitchell-Lama Co-op Indicted:
Their criminal case ended recently, but there has not been any reporting of the defendant's sentences. What did they get then?
s on Developer Acquires $18M Site for Mixed-Use Condo in Brooklyn:
How do you get the management and hoa to install security cameras? The front door to my building is continually left open and the back door…