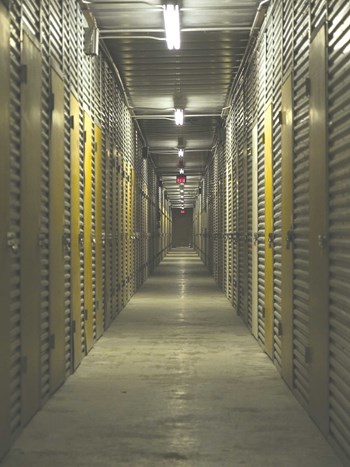 Say your building has some extra, unused space—perhaps in the basement, or on the ground floor near the doorman’s station. What to do with it?

If you already have storage lockers, install more storage lockers. It may be about the easiest decision—the closest thing to a no-brainer—a board of directors can make on behalf of their building. After all, what other building amenity pays back its initial investment in a year or two, turning a bleak corner of the basement into a perpetual money-maker while making closet-space challenged residents very happy?

No wonder business for storage bin installers, even through the recession, “hasn’t skipped a beat,” reports Jamie Barnard, owner of Giant Industrial Installations Inc. in College Point. After all, he explains, “they turn an unused, disorganized and cluttered basement storage room into a moneymaker for the co-op or condo. Tenant storage is one of the highest revenue producers per square foot in the building.”

Every condominium built today typically comes with storage facilities, with lockers for sale from $20,000 to $30,000 and more each. One57, an ultra-luxury condominium under construction on West 57th Street, plans to ask as much as $200,000 for some of its coveted basement lockers. Of course, with any new development, the revenue usually goes into the pocket of the developer.

For co-op and condo conversions of older buildings, which were not typically designed with built-in storage space, turning vacant basement or other space in the building into a storage room is a great way to bring in new revenue that directly benefits the community as a whole. .

The number of lockers to install is calculated based on variables such as the dimensions of the room and the projected demand for storage space among residents. Often the company will survey the potential space first.

In the boroughs and outskirts of New York City, a good start would be installing bins for about 15% of the building’s population. Of course, “Manhattan is unique,” observes Josh Goldman, president of the Long Island City-based Bargold Storage Systems. “You usually think of about 30% of the apartment population. If I had a 300-unit building, I’m looking for 90 units at a minimum there.”

One high rise on the Upper West Side, the 29-story 310 Riverside Drive has built 170 storage bins for its 337 mostly modest-sized apartments. And they add, and quickly rent, bins whenever space becomes available.

To gauge interest in storage bins, says Barnard, “most buildings do a simple survey. We can put a sample in the basement, along with the amount you will charge per month. You can tell them the square footage, but it helps if they can see it.”

The building doesn’t need to rush to fill every inch of the vacant space in a new storage area with lockers. “We don’t want you to put 100 units in if you’re not sure you can rent 100,” says Barnard. “Start with 30 and when they are done we will come back and do 10 more for you.”

The most common locker size is around 4’ x 4’ x 8’, but a building might go smaller to keep material cost and monthly fees low. Most buildings offer owners just one size to limit the administrative hassle, says Barnard. “We have done it every which way but the more popular way seems to be to give everyone the same size. If someone wants a bigger space, they take two or three small ones.”

While prices vary according to materials, a safe figure to use in calculating the build-out cost of the storage room, including painting and lighting, is $1,000 per 4’ x 4’ x 8’ locker, though more extravagant rooms can cost as much as $2,500 per locker.

Rental rates for storage lockers, as with most fees on services to shareholders or association members, are set with an eye to balancing profit with providing an amenity. “Some buildings want to provide the amenity and keep the cost down,” observes Barnard. “They look at it as increasing values. The more amenities you have the higher the property values.”

But in some cases it’s tempting to apply the law of supply and demand. “If you get a high-rise with 200 apartments and they’ll only be able to fit 30 or 40 storage units,” says Barnard, “they will kick the numbers up.” Plus, the board must be careful not to give owners who do not want extra storage space the idea that they are subsidizing the ones who do.

Whatever fees are set, they are bound to beat commercial storage operators, which in Manhattan charge up to $160 a month for a 4’ x 4’ x 8’ locker, depending on the remoteness of the location—somewhat less outside the city. Co-ops and condos in Manhattan typically charge their residents around $65 a month for the same size, about 50 cents a square foot, and about $50 in the boroughs. The charge is usually added to the owner’s monthly maintenance statement.

To serve a greater portion of the population and cut costs per unit, the building can offer half-size units at half cost. They might offer a 4’ x 4’ x 4’ bin, which still holds plenty of stuff, for about $30 a month.

To Rent or to Own

There are two distinct approaches to installing and maintaining a storage facility: outsource the entire operation to an outside vendor, which collects rent directly from the residents and remits a percentage to the co-op or condo, or install and manage the facility yourself.

Giving the storage concession over to a private operator severely limits income to the co-op or condominium corporation over the long term—and for that reason—it is a choice boards rarely make these days. But it does have its advantages. It is by far the simplest way to go; most of the building’s labor is done after the phone call to the vendor. And it eliminates all start-up costs.

“We put in everything for free in a rental plan,” says Goldman. “We put in state-of-the-art equipment, paint and light the room and we remit 25% of the rent we collect to the building.”

After the installation, says Goldman, “the key thing is we maintain their room throughout the term of the agreement,” which is typically 10 years. “If they get a water leak or somebody spills some laundry detergent, we will come back and clean that up and repaint the floor so it looks like new again.” Goldman recalls replacing floors and the platforms that line the lockers in several buildings in Westchester after this last hurricane.

If the building does not have scrupulously detailed contracts with renters, he explains, it may be vulnerable to lawsuits resulting from any theft or damage to the contents of storage lockers. “If you get a lawsuit because someone feels wronged—there goes your whole profit margin.”

Still, most buildings prefer to keep the operation of the storage room in-house to enjoy the steady income stream. And while it does take extra effort to plan and maintain, the professional storage providers make it easy.

“Most calls,” says Barnard, whose company has installed some 80,000 bins in the tri-state area, “we go out and do a survey, design the room and give you a sample five-year profit projection,” based on typical rents in the area. “In most cases,” he adds, “your payback for the cost of the units is inside of 12 months—and then they generate income for you forever.”

Often on first inspection of a building’s basement, says Barnard, “we see an overrun, cluttered fire trap. In many instances the fire department has gone through and written them up and told them to straighten it up.”

Any residents who might have stored some stuff down in the basement for years for free are not particularly happy to hear about the storage project, notes Barnard. “The building will ask people to go down and tag their items and remove them within a month or two.” Meanwhile the company orders the bins, custom-fitting stock sizes to fit the dimensions of the room. Once the building cleans, patches and paints the room, the installer can put in 20 to 40 bins a day depending on their sizes.

To See or Not to See

Wire mesh is the material of choice for storage bins today. Barnard estimates Giant does 90% wire to 10% solid walls. They are cheaper because units share common walls, while solid metal containers are self-contained—closed all around. But more than that, according to Eddie Murphy, president of national distributor SpaceGuard Products, “wire mesh makes it easier to manage what people are storing, to make sure they are not storing, say, combustible materials inside their units. It also allows fire suppressant systems to operate unimpaired.” Solid metal walls prevent water from sprinklers from getting inside the units.

On the other hand, “people aren’t too happy with the idea of exposing what they have,” observes Ed Morgan, vice president of the Long Island City-based Able Steel Equipment. Furthermore, he adds, “mesh might provide a false sense of security because if somebody has something that’s not supposed to be in there they are going to hide it anyway, perhaps put up cardboard for privacy.” Still, he agrees “the wires are becoming more popular now. Some buildings require it.”

Put It in Writing

The corporation should make sure the rental contracts on the storage it provides are as solid as the bins themselves, clearly delineating the limits of its liability to renters.

“We have a four-page lease written to say that there is no exposure to the renter’s losses,” says Mitchell Stein of Orsid Realty. “A building pipe may break and flood your bin and destroy your property and you would need to have your own insurance to cover it. In other words, if you lose it, you lose it.”

Also, says Stein, “We recommend that the board include a provision in the lease that says upon vacating your apartment you would need board approval to retain your bin. You often find that people who have moved out want to retain the bin.”

Stein advises residents to verify that their homeowner’s policy covers damage in storage lockers. Some policies treat a locker with the owner’s possessions in the same building in which they reside as if it were a closet within their apartment, while some want an extra premium for the coverage of stored possessions.

“You need to verify with your insurance company that your homeowner’s policy covers that,” he says. “It is not cut and dry.”