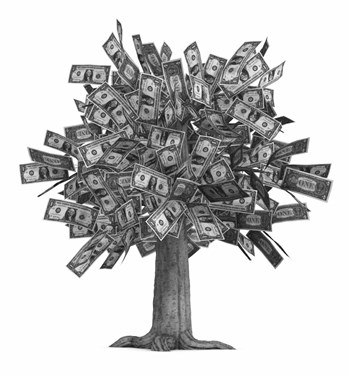 Not so very long ago, pretty much any individual or corporate entity could get a loan quickly and easily, with only some cursory paperwork separating borrower from lender. The so-called subprime mortgage crisis put a stop to all that, and banks great and small suddenly threw on the brakes and heeded the advice of Polonius: “Neither a borrower nor a lender be.”

Unfortunately, this collective action paralyzed the markets, and for a while it seemed that only the bluest of bluebloods could get any kind of credit. Then the government stepped in, pumping vast amounts of taxpayer money into the system.

While banks seem to have remembered their primary function and are lending again, the halcyon days that encompassed most of the last 20 years are but a distant memory. Lenders are investing a lot more resources on risk assessment than they used to. This makes getting a mortgage of any kind a bit trickier: it requires more time, more paperwork, and more of a chance of the application being shot down.

Both co-ops and condos are big borrowers, historically. The latter take out loans to pay for upkeep, Local Law 11 maintenance, and whatever common area improvements need to be done. Condo association loans are a way to essentially space out a unit owner assessment. Co-ops have an even broader array of things to pay for, plus the physical collateral of the building itself and the land it sits on to entice a bank to make the loan.

How do co-ops and condos fit into the new landscape of loan refinancing? Glad you asked. Let’s take a look.

While co-ops and condos are both forms of cooperative housing, physically indistinguishable, and armed with essentially the same types of bylaws and house rules, they couldn’t be more different when it comes to loan refinancing. The crux of the distinction lies in one word: collateral.

In a condo, “Each individual unit has a separate tax ID number,” explains Patrick Niland, president of First Funding of New York in East Rochester. “Legally speaking, it’s like a hundred single-family houses piled on top of each other. There are common elements, but there’s no property, no asset that can be used as collateral for a loan.”

A co-op is a different breed of cat. “In a co-op, the property is owned by a Class-C corporation, no different than IBM or General Electric,” Niland says. “The principal asset is the building and the land, which can be used as collateral.” In fact, says Niland, the term underlying mortgage—which is to say, the type specific to co-ops—is so called because it refers to the land—literally, the real estate—that is used for collateral on the loan.

And while we’re getting technical, if you live in a co-op, it’s not exactly correct to say that you own it. According to Niland, the cooperative corporation owns the building, and the shareholders’ ownership of shares entitles them to live on the property.

Another difference: Co-ops routinely set a limit on what percentage of the cost of a unit can be financed—usually no more than 80 percent. This ensures a certain amount of equity in each unit, in addition to the building and the land. Also, any refinancing done on the shareholder’s individual mortgage is subject to board approval. This makes it harder, assuming the board does its fiduciary duty, for a unit to “go underwater,” borrowing more than the shares in the co-op are worth.

Condos have no such stipulations. “If you have 100 condo units, 50 might have loans, 50 might not,” Niland says. From a bank’s point of view he says, a condo loan can be a risky investment—especially a small condo, where a few foreclosures could wreck the entire enterprise. And then what can a bank do? Repossess the elevator?

If a co-op goes into default, by contrast, a bank could seize the building and the land and boot out all the shareholders, whose shares would then be worthless. It would be a disaster—the real estate equivalent of Lehman Brothers collapsing.

Happily, a New York co-op has not defaulted in almost thirty years. “It happened in the eighties, when the market was down, to people who converted at the wrong time,” says Steven Geller of Manhattan-based Meridian Capital Group.

For one thing, co-ops are, in a sense, too large to fail. As long as they aren’t using loan money to dabble in derivatives trading, the funds borrowed are applied to specific projects. And in any case, co-ops are generally large, with many shareholders, so risk is spread across a number of people. But there’s more to it than that, says Geller.

“With real estate values going up, the value of mortgages hasn’t gone up a lot,” he explains. In the last ten years—which is to say, the term of the average underlying loan—“values skyrocketed, but debt remained constant. The loan amount compared to the overall value of the building is very low.”

Put another way: if you buy a house upstate with 20 percent down, and you default on your loan, the bank has to repossess your house and sell it at 80 percent of the value to recoup its initial investment. Co-ops have much more equity, so the risk is that much less. “If a co-op defaults,” Geller says, “the bank has to sell the building at a quarter of the value to get its money back.”

Moreover, should individual shareholders default, the underlying mortgage is protected, because of the way the loan is structured.

“A co-op’s lien for unpaid maintenance charges comes ahead of the bank,” says Phyllis Weisberg, a partner with the Manhattan law firm of Kurzman Karelsen & Frank.

Co-ops generally take out loans with five, ten, or 15 year terms. Almost never do they have 30-year self-liquidating loans, like individual homeowners might. This means that when the loan term ends, the co-op generally has to take out a new loan to pay off the balance of the previous one…and so on back to infinity, or to the establishment of the co-op.

This means that there may be less control over the timing of the loans then boards would like. Most underlying mortgages carry heavy pre-payment penalties that make refinancing prohibitively expensive. The lucky ones got out of the old loans 18 months ago, when rates were at their nadir. Some of the rates, Niland recalls, were in the high fours—as low as rates ever get.

Not that the co-ops just now refinancing have cause for alarm. According to Geller, the rates have remained remarkably, even eerily, consistent in the last few years. While the rate of the Treasury bills that are used to price the loans and the amount of the “spread”—the points over the T-bill rate that the banks tack on—have fluctuated wildly in the past few years, “They have cancelled each other out,” he says. While the amount of interest allocated to the bank and the government has changed, the rate the co-ops pay has barely budged—and remains low.

This is good, because it’s become more expensive to run a co-op.

“Construction fees skyrocketed in the last two years,” Geller says, due to an increase in the cost of both materials and, contrary to what one might expect, labor. Local Law 11 has done its part, mandating work that co-ops might otherwise postpone for a more bullish economic climate.

Oil prices also shot up last year, and while they have come down somewhat, the market has been slow to adjust. “Things don’t come down so fast,” Geller says. “Pizza still costs more than it did.”

In addition, the real estate sales market has shriveled. This means lost revenue due to foreclosures, defaulted maintenance changes and the like, and also a decrease in the “flip tax,” the fee charged by many co-ops to new buyers.

So what are banks looking for from co-ops and condos wanting capital, now that they’ve rediscovered their risk assessment skills?

First, as Geller explained, they’re assessing the amount of the loan compared to the value of the co-op. This generally works out in the co-op’s favor. Banks also look at owner occupancy, at default numbers, at the number of units sold, and the cash flow of sponsors who own and sublet large blocks in certain buildings. They also look at the co-op as a company. Does it balance its budget? Is the building properly maintained? Is the management strong?

In some cases, banks ask for information they never cared about before, like “minutes to meetings,” Geller says. “They want to see how contentious things are.”

And they take into account the physical condition of a building, just as a buyer would. Does it need a new boiler or roof? Do the elevators need repair? “In this market, the underwriting—the process of evaluating a co-op—is more detailed than it used to be,” Niland says.

This doesn’t mean things are getting worse, just that there is more care taken on the part of the lenders. Had that been the case from the get-go, of course, the economy might not be in the state it now finds itself.