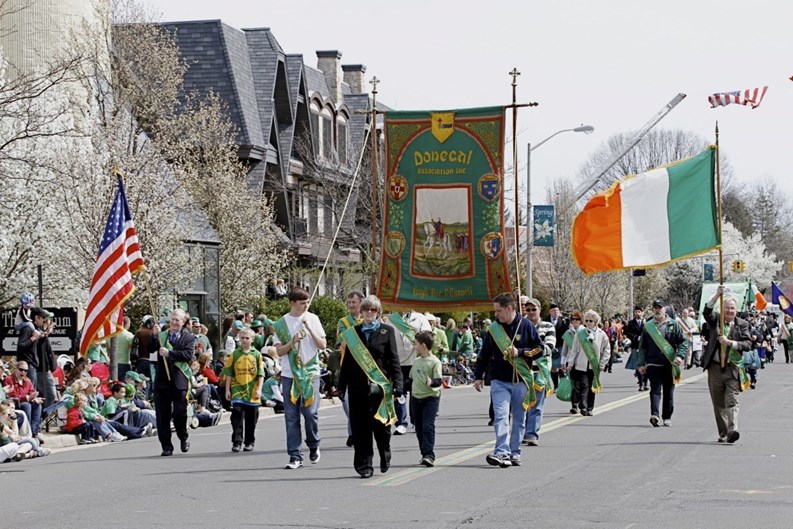 This vibrant Long Island community boasts several parks with first-rate  amenities, recreation centers and a thriving business district overflowing with  shops, art galleries and restaurants. In fact, there are over 150 acres of  parks, ball fields and playgrounds, and a municipal government which provides  the most comprehensive range of services found anywhere on Long Island.

Located on the southwest shore of Long Island in the town of Hempstead,  Rockville Centre is a scant 25 miles east of midtown Manhattan and a short 15  minute drive to JFK.

Residents enjoy a multitude of annual events ranging from a 10-kilometer race  and street fair to a springtime arts festival, summer concerts, and holiday  events and programs for all age groups. The village is also home to 11 churches, two synagogues and the Catholic Diocese  of Rockville Centre. The family-oriented villagers pride themselves on a keen  desire to preserve the good life.

In 1655, New York governor Richard Nicolls wrote the magistrates of the  newly-established town of Hempstead in 1655 and insisted Sachem Tackapousha, a  chief for the Reckouackie Indians, who formerly occupied the area, to be  further compensated because he thought the payment for the land was purchased  at such a cheap price. In addition to the original payment, the governor  arranged for Tackapousha and six other chiefs to be given “some great cattle, and some small cattle, and some wampum, and some hatchets,  some knives, some trading cloth and some powder and lead.” According to Nicholls, the Indians went away “very well satisfied.”

Population slowly increased throughout the 17th century and with the building of  DeMott’s Mill on Smith’s Pond, Rockville Centre’s reputation as a burgeoning commercial center on the south shore was  solidified.

In 1849, Robert Petit applied to the United States Post Office for permission to  open a post office in his general store but Washington rejected the names  Smithville, Smithtown and Rockville. Petit then added Centre to the name  Rockville after Mordecai Rock Smith, a Methodist preacher, blacksmith, farmer  and justice of the peace, whose father operated a local mill. The postal  service thought that the name was a “distinctive sounding designation” and thus, Rockville Centre was officially on the map.

Three years later a handful of stagecoaches began carrying passengers from  Rockville Centre to New York City and back every week. The road was considered  a great technological advance as opposed to the previous dirt roads. The “Plank Road” is now known as Merrick Road.

In 1865, Rockville Centre’s first newspaper “The Picket” was published. “The Picket,” which was later known as the “Daily Review” and then the “Nassau Daily Review,” would go on to run for 88 years.

Two years later the Long Island Railroad arrived and ushered Rockville Centre  into the modern area. The local newspaper reported the commuter rates between  Rockville Centre and New York City was $30 for two months, $45 for six months  and $65 a year.

With the existence of the postal service and better transportation options, real  estate development was sure to follow. The town’s historian reports that the village now contained around 300 homes, a few  stores, two schools with eight teachers, and churches used by Baptist,  Episcopalian, Methodist, and Roman Catholic worshippers, in an area of under  two square miles.

The opening of the Bank of Rockville Centre brought the first commercial bank to  Long Island’s south shore in 1891. The bank was located on the corner of Merrick Road and  North Village Avenue. Banking was a growth industry in the village and by 1929  Rockville Centre was considered a leading financial center in Long Island.

In 1893, Rockville Centre voted for home rule and was incorporated, and the town’s first policeman Joseph Shelly was hired and paid a salary of $500 a year.  Before its establishment as a municipality, Rockville Centre enjoyed many  community services, including a volunteer fire company, a public library and  the South Shore’s first high school, “South Side High.”

The town is memorialized in Doris Kearns Goodwin’s memoir “Wait Till Next Year.” In this best-selling novel, she writes about growing up in Rockville Centre  during the 1950s, fondly recalling her love for her town, her family and  America’s pastime, baseball.

Rockville Centre residents take pride in their community’s rich history, schools, houses of worship and thriving businesses. As of the  2000 census, a total of 24,568 residents enjoy life in a thriving community of 3.4 square miles, with  9,200 housing units, more than 400 retail and service shops as well as  professional and corporate offices, seven parochial and public schools, a  college, and 15 diverse religious denominations.

As former resident Kearns Goodwin attests, it was a great place to live and grow  up in and still remains so today.