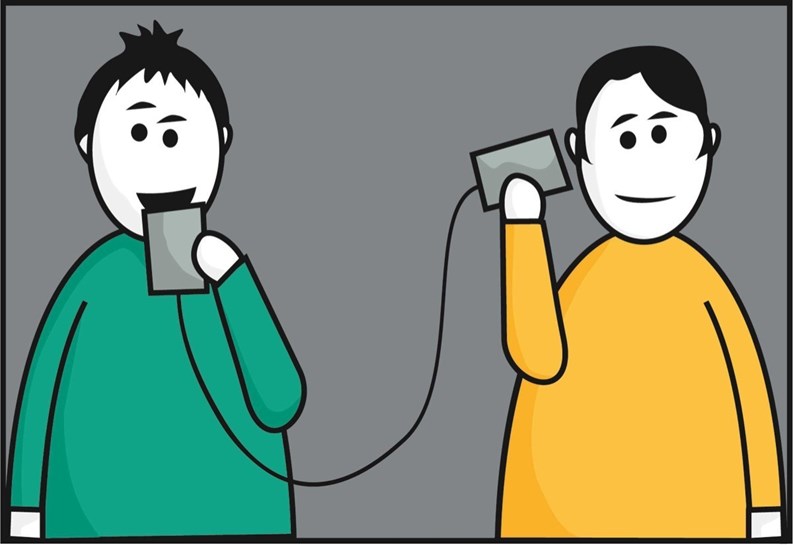 We all have needs. Wants, too. In a co-op or condominium, the significant needs  or wants of the shareholders and unit owners usually have to be routed through  the board or management company.

In theory—and, by and large, in practice—this is a sound and functional system. But it’s not perfect. Next to noise complaints, the single most common grievance voiced  by co-op and condo residents is that their board members and managers don’t respond quickly enough to phone calls and email messages regarding the needs  and wants as related to the building or their individual unit.

This issue can certainly be avoided with enough effort on the part of the board  members and managing company. But shareholders have a responsibility, as well.  It’s essential that residents know what to expect from their building  administrators and maintain realistic expectations of them and the process  itself.

Living in a Paradox

Like Peter Parker said of his web-slinging alter-ego, “with great power comes great responsibility,”—board members know this all too well. On one hand, they get to be directly  involved with the operations of their home and can lead the way toward positive  change. On the other hand, they have to field everyone else’s suggestions and an unending stream of problems. And they can’t give everyone the answer they want.

“Cooperative living can be an oxymoron at times,” says Alvin Wasserman, director of Fairfield Property Services in Commack, Long  Island. “Cooperation between shareholders and the board is not always evident.

Boards may have difficulty responding to shareholders concerns because they don’t want to turn down their neighbors’ requests. Board members live in the building and may not want to affect their community  relations.”

This is one of the reasons why a shareholder’s question about the plants in the lobby, for example, can go unanswered for  some time. Shareholder A wants a Christmas Cactus; Shareholder B wants a Spider  Plant. The board member drags his or her feet in responding because he or she  doesn’t want to incur the wrath of either one of their next door neighbors. (And if  you think lobby plants can’t be that big of a deal, you’ve never served on a board.)

And though there is a bit of a cushion this way (at least for the board),  tossing problems to the management company can only go so far—they can’t give everyone the answer they want, either. There are reasons why, and  understanding them goes a long way toward harmonious relations.

"It’s rare that managers or board members simply don’t respond at all or actively choose to ignore shareholders,” says Anton Cirulli, director of management at Manhattan-based Lawrence  Properties. “It’s that the nature of some of the questions lead into minefields—they’re impossible to answer. You’re damned if you do, damned if you don’t.” Cirulli says this is because many of the questions shareholders have are  dependent on financial or legal information that the board member or agent  simply can’t legally give them.

“Say you’ve got someone who wants to buy the unit below theirs and combine them,” says Cirulli. “You’ve got a situation where the board needs to formulate a policy, where they never  have had to do that before. Of course, shareholders want quick answers, but for  a project like that, you’re going to need drawings, reviews by architects, etc. If it’s virgin territory, you have to get legal help. That takes time.”

Often adding to the frustration of residents is the confusion surrounding  current policies in opposition to older ones. This can add to the slowing down  of response time. “Prior boards may have given permission for various things that the new board  doesn’t want to approve,” says Cirulli. “Shareholders say, ‘I could do this two years ago; why can’t I now?’ But the policies may have changed since then.” Policy changes can cause a fair amount of back-and-forth that delays the quick  answers shareholders often want, he says.

It’s also important to recognize also that the board and management team can’t see the future. Some answers simply don’t exist, especially if it concerns financials that haven’t been produced, yet. If it’s October and a resident wants to know if there will be a maintenance increase  in the upcoming year, the answer is likely to be, “We’re not sure, yet.”

Sound expectations from the residents are half the story. But it may be said  that the lion’s share of the communication game rests on the board members and management’s shoulders. Properly handling shareholder concerns is really the point of their  job, after all. There are effective and ineffective ways to do this and while  every co-op and condo works things a little differently, the core principles of  successful communication remain the same.

The first step is confirmation. “When owners in cooperatives or condominiums submit service requests, the  management company should send an acknowledgement that the request has been  received,” says Wasserman. “This gives owners confidence that someone is listening. The acknowledgment  should include information about how the request will be processed.” Wasserman gives a three-step template:

2. The request is the owner’s responsibility as defined by governing documents.

3. The request will be submitted to the Board for review. The next Board meeting is scheduled for ______ (date) and you will receive a  response thereafter.

These days, a written reply in the form of an email is a workable option and  provides documentation that many shareholders desire. But according to Cirulli,  sending too many emails can compound the problem. A phone call goes a long way  toward positive relations, especially when you have to tell a resident  something they might not want to hear.

“A lot of the time, [people] go crazy with emails,” he says, “and it can be de-humanizing. If the property management calls and says, ‘I need some time to get back to you on this issue because of A, B, or C, the  shareholder is more likely to have patience. They can better understand the  issues involved when they are personally addressed.”

And a phone call is particularly effective when done in a timely manner—no surprise there. “If a person sends you email or calls you on Wednesday, call them back on  Wednesday,” says Cirulli. “Call, don’t email—especially if you don’t have an answer for them. Saying over the phone, ‘I need more time’ goes a long way toward smoothing situations. If they call on Wednesday and you  send an email on Friday that says “we’ll figure it out when we can,” shareholders say, ‘Well that’s great,’ and are probably going to be upset. Actually talking to them makes a  connection.”

But even if they’re getting personal attention, when a shareholder’s concern gets pushed to the bottom of the pile again and again (and again),  there may be a bigger issue. When a shareholder doesn't hear from their board  within a reasonable amount of time—and they’ve taken into consideration the limitations that may be present—there are steps that can be taken.

“The shareholder’s first step should be to approach individual board members, who are, after all,  neighbors, to express his or her concern about the lack of response,” says Mary L. Kosmark, Esq. of the law firm of Rosen, Livingston, & Cholst in Manhattan. “If a board is still unresponsive, a shareholder’s best recourse would be to summon enough votes to unseat the board at the next  election. If the matter at hand requires immediate attention and the co-op’s by-laws permit—as most do—a shareholder can circulate a petition among fellow shareholders, and if a  sufficient number of shareholders concur, the board can be compelled to convene  a special meeting of shareholders to address whatever the issue is.”

Kosmark says that shareholders don’t have the right to actually sue a board for unresponsiveness, so litigation or  arbitration are not options here. Hopefully the problem won't reach such a  fevered pitch—a situation unlikely if the steps above are followed.

Of course, there are some people who can’t be pleased, no matter how fairly issues are handled.

“I’d say about two to three percent of people with concerns are chronic  complainers,” says Cirulli, “And with that group, there’s no magic bullet.” Cirulli says the best thing you can do with a chronic complainer—whose behavior can actually cross into harassment territory—is to document your correspondence and be firm. “You’ve got to document your communication at a certain point so that the board knows what’s going on with this person,” he says. “I recommend using the same email to respond so you can say, ‘We’ve already answered this or that.’ And it works to say, ‘I can’t give you the answer you want to hear. I can’ only give you the reality.’

It’s certainly possible for board and management teams to respond in a timely,  personal manner to shareholder concerns. When shareholders put forth the effort  to understand their teams’ limitations, the process of co-op and condo living can be a more harmonious  one.

Mary K. Fons-Misetic is a freelance writer and a frequent contributor toThe Cooperator.