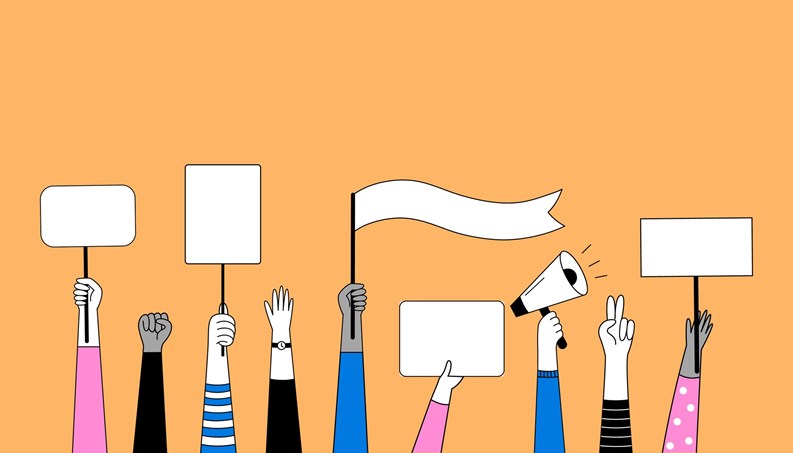 With political divisions a hallmark of the times, debates about free speech dominating many a news feed, and midterm elections looming, many co-op, condo, and HOA boards are fielding questions - and complaints - about political signage and messaging on doors, yards, and in common areas. Navigating this often tense landscape requires prudence and diplomacy, as well as some basic understanding of individual rights under the law.

Back in 2017, in the wake of President's Day and the protests that came with it, the New York Post reported on an Upper West Side co-op where many residents had posted political signs in the street-facing windows of their units. While window signs may not seem like an especially disruptive or revolutionary demonstration, displaying them does in fact violate the bylaws of most co-ops and condos. In this particular instance, the situation was resolved when the board reminded the sign-posters about the applicable rules. But a lot has changed since 2017; divisions have deepened, tensions are running higher than ever, and not everyone is as agreeable as the aforementioned residents.

So given the current midterms and the almost-certain-to-be contentious presidential election coming in 2024, how can boards and management prepare themselves to deal with these types of violations going forward?

Not the Message, But the Means

Before 2016, disagreements about political expression within condo and co-op communities was mostly a non-issue – so boards can be forgiven if they feel a bit out of their depth handling this type of controversy. Similarly, residents broadcasting their feelings and allegiances can be excused for believing they're exercising their constitutionally protected First Amendment right to free expression while doing so – but that’s not entirely accurate.

In almost every case we have encountered, political expression in the form of campaign signs, leaflets, and other displays in common areas or public-facing co-op or condo property is in violation of bylaws and/or house rules, and therefore not allowed, no matter how heated a particular election may be. But it's also important to realize that bylaws prohibiting signage and so forth aren't designed expressly to limit political speech – they're just there to keep residents from cluttering up their hallways, lobbies, and windows with visible displays that negatively impact the building's appearance from the street. In other words, it’s not a censorship thing - it’s a curb appeal thing.

According to David Berkey, a partner with Manhattan-based law firm Gallet Dreyer & Berkey, LLP, “The language [in a community’s governing documents] may read 'no sign, notice, advertisement or illumination shall be inscribed or exposed on or at any window or other part of the building, except if shall have been approved in writing by the lessor,'”

Berkey explains that this type of provision is usually made in the interest of the property itself and by extension, individual unit owners. “When people put things up in their windows, it's usually an eyesore when viewed from the street,” Berkey explains. “People will walk by and say 'What a crazy building; how do they let anyone do that?'”

Leni Morrison Cummins, an attorney with NYC law firm Cozen O'Connor, agrees, and adds that “Boards of condos and co-ops should not be political; they must treat all shareholders and owners equally. A violation of the bylaws is a violation of the bylaws. If those bylaws prohibit posting in windows, then regardless of the message, the board is required to act to uphold its governing documents [and require that the signage be removed]. If a board enforces the bylaw provision unequally, allowing signage the board members support but that others may not, then the board could be held liable for breach of fiduciary duty - and because the board failed to uphold its governing documents, the Business Judgment Rule would not serve to protect it from liability in this instance.”

Whenever disputes over political signage or expression flare up, inevitably at least one of the parties involved invokes the First Amendment, and claims that their right to free speech is being stifled, either by the board, or by whomever it is objecting to their display. Common as they are, such claims betray a fundamental misunderstanding of what exactly the First Amendment actually covers.

“The First Amendment applies only to government action,” explains Austin Brown of The Austin Brown Law Firm in Manhattan. “A co-op or homeowner's association can ban political signs - even in ways that favor one message over another. However, an exception would likely be found with Housing Development Fund Corporation (HDFC)s, which, due to entanglement with the government, are considered state actors under some constitutional law.”

According to a recent article LINK published by the Community Associations Institute (CAI), in late October the CAI Board of Trustees adopted the Political and Noncommercial Signs and Flags Public Policy to help the organization’s state legislative action committees navigate legislation on the issue of signage, flags, and other displays of political media in co-ops, condos, and HOAs.

According to a CAI press release on the issue, “CAI’s Government and Public Affairs Committee has been developing [this] public policy for the past several years. Community association boards, managers, and residents must be educated on applicable laws, case law, and their governing documents to appropriately regulate [political signs and flags]...adopting and enforcing restrictions that reasonably regulate political and noncommercial speech within their community.”

Also important to remember is that laws governing political signs vary by state. Some have constitutions or other laws that provide a broader free speech right that does not depend on state action. Rules also vary by community to reflect the preferences of the homeowners who live there. According to CAI, “Currently, 13 states have statutes regarding signage that communities must follow. If your state does not have an explicit law, be sure to review your association’s governing documents and consult with your community manager and attorney before moving forward.”

Brown acknowledges that, despite both house rules and actual law disallowing partisan content, residents may still assume that free speech applies everywhere, and thus protects the giant handmade sign they've hung off their balcony. “There's a political risk in challenging those assumptions,” he says. “Ultimately, a board should ask itself how much that fight is going to be worth.”

Should someone appear adamant about making their views explicit, Berkey recommends a board not so much discourage them as redirect that energy elsewhere. “The simplest way for a board to deal with this type of situation is to tell [the offender in question] that their political speech is fine if they use another method of expression,” he says. “Write a letter to the editor of the Times. Send the governor an email. Do a tweet.”

It’s also important for boards and managers to make sure their constituents are aware of the rules - and reasons for those rules - in their own building or association. CAI recommends distributing approved rules to residents via email, posting notices on the community website, and/or displaying them on lobby signs to encourage compliance - particularly regarding how many days before an election a sign can be put up, and how soon it must be taken down afterward. Making the rules clear, and making sure everyone in the community is on the same page about them - whether they agree on anything else or not - is key to avoiding claims of bias or favoritism of one group over another. As CAI puts it, “It is important to protect and serve the voice of all residents and allow reasonable expression of speech through signage, while not interfering with the property rights of other residents.” 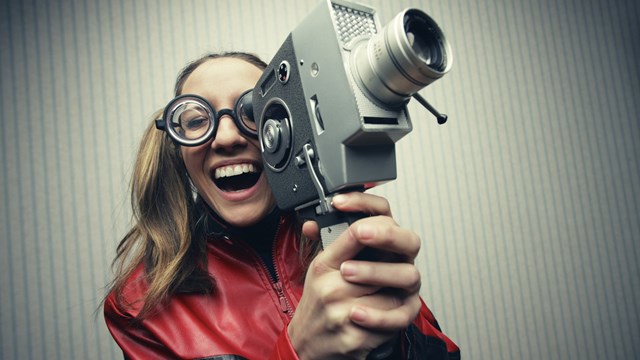