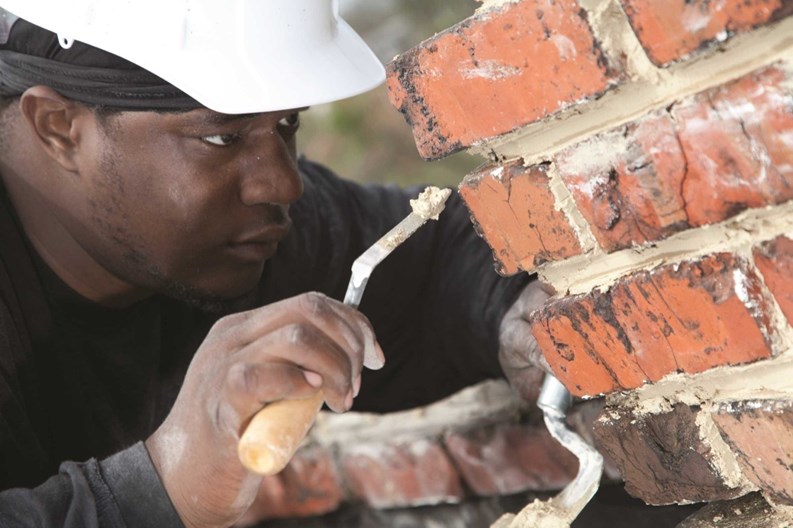 Brickwork is everywhere across the New York area. Around since the early 1600s, the popular building material is commonly used not only because of its aesthetic appeal but also because of its practicality.

“Brick is the most beautiful surface, you should always try to maintain the integrity of natural bricks,” says Michael Hollander, a president at Montvale-based Rainbow Contractors, a firm that does work in New York and New Jersey.

Well, not quite. What many co-op and condo associations don’t understand is that there is a fair share of maintenance that goes into brickwork. Brick walls are an investment and if taken care of appropriately can last beautifully for generations.

Not all bricks are created equal. Bricks come in a myriad of different shapes, styles and textures. “Everything building is different,” says Larry Attla of Urban D.C. Inc. in Brooklyn. “In the 1960s, you had the white glazed brick whereas a building built in the 1800s would have a hand-made common brick.”

The bricks used on older homes, if properly cared for and maintained, have shown a longer life span than that of their newer counterparts. “If you have water infiltration in newer buildings, coping stones allow water to infiltrate and the face of the white glazed brick falls off during the thermal expansion and contraction that occurs during the severe winters that we have,” Attla says.

These days, though, a majority of the walls are made of brick veneers. Essentially, the brick you see on the outside of the building is only one brick thick, and is anchored to the wall beneath. Behind that layer of brick, there is a cavity or airspace roughly 1 to 2 inches wide, and then a backup wall behind that which is generally made of concrete block or steel studs with gypsum sheeting. Compared, for example, to old school buildings—specifically those built before 1950—which often boasted walls made of one to two feet of layered brick, this is a completely different ballgame.

Bricks are one of the sturdiest building materials and are a popular material for constructing homes. But despite what many residents and management companies believe, brick is not entirely maintenance-free. It does possess a few critical needs, according to Jerry Yates of Yates Restoration.

The possibility of water damage affects the mortar between the bricks. Over time, the weather and various other elements cause the original mortar between the bricks to slowly deteriorate. This is where repointing comes into play. It involves replacing the cracked or eroded mortar, which is the whitish gray material between bricks that holds them together. “Repointing bricks when mortar joints go bad should be addressed immediately. Water infiltration creates damage,” says Attla.

After decades of weathering, face bricks may begin to spall, turning bright red bricks to a rusty orange color. When spalling occurs, it is like a sponge to the wall and the brick becomes soft and porous, absorbing water. When this occurs, it is recommended that bricks are replaced. Replaced bricks should last another 50 to 100 years, according to Yates.

In brick buildings, the lintels may also need to be replaced. Lintels are horizontal concrete or steel beams that run above windows and doors and ensure the structural integrity of the building. “With windows especially, it is very important that the lintels are replaced every five to 10 years because the bricks and waterproofing deteriorate there and it causes seepage on top of the window heads. Replacing a window lintel with the proper waterproofing seals that area up,” Soni explains.

Although sturdy, reliable building components, unsealed bricks do tend to absorb water. In older buildings made of brick, this wasn’t as much of an issue because they were used for working environments like textile mills or rope manufacturing facilities. Sealing and waterproofing bricks can help keep water out. There are a variety of sealers and clear coatings that can be applied. “Before applying the sealant, you really have to thoroughly clean the bricks by power washing them, or else the sealant is useless,” Hollander says.

Industry professionals, however, are not always in favor of applying sealants. “Personally, I am not a big fan of sealing the bricks. The bricks are like humans, they need to breathe and sealing them stops this and clogs them up. Over time, the brick will spall faster than if taking a regular hit of the weatherization process. When it is coated, moisture gets stuck behind the sealant. But some engineers prefer to seal because it does give a longer life to the brick,” Soni says.

Hollander suggests having a good capping on the roof line of the building to deflect water away from the brick.

For some condominium owners, the aesthetic that led them to buy a home in an older, renovated brick building may later create a challenge in maintaining the property. The old brick walls may have character, but they need occasional TLC. “The mistake people make is they don't do maintenance until there is already water damage on the inside,” says Hollander.

Fortunately, bricks now do not require as much maintenance as they did in the past. “Back during the Industrial Revolution and moving into the ‘40s and ‘50s, we had a lot more degradation of masonry due to acid rain. With cleaner air, we have less damage happening to stone and masonry, bricks being part of that as well,” says Attla.

Who Gets The Job Done Right?

When it comes to picking the right person for your brick work needs, it’s very important to do your research and make sure your contractors have the proper licensing and insurance.  Also, "because much of the work is performed on scaffolding, it requires a New York City licensed rigger. You must have that license in order to use scaffolding in the city,” says Soni.

Soni encourages boards and residents to do their homework to ensure the contractor has all the proper certifications and credentials. It may be helpful to ask for references of past projects they worked on to get a sense of their history, he says.

Some initial questions co-op or condo boards can ask when seeking out the right contractor for a big job: What are we looking to accomplish here? Do we need structural repairs? Are we simply applying sealants? Or do we need someone who can start from scratch, soup to nuts? Think of it this way: If you are going to be shelling out a lot of money for a large project, then you want to make sure your money is well spent.

In short, brickwork may be difficult to work with at times, but the material has become a serious staple within New York architecture. Potential residents are looking for buildings and communities that boast a certain aesthetic. If done correctly and cared for appropriately, brickwork can make a co-op or condo complex more desirable and increase its value in the long run.

Emily Abbate is a freelance writer and a frequent contributor to The Cooperator and other publications. Editorial Assistant Maggie Puniewska contributed to this article.