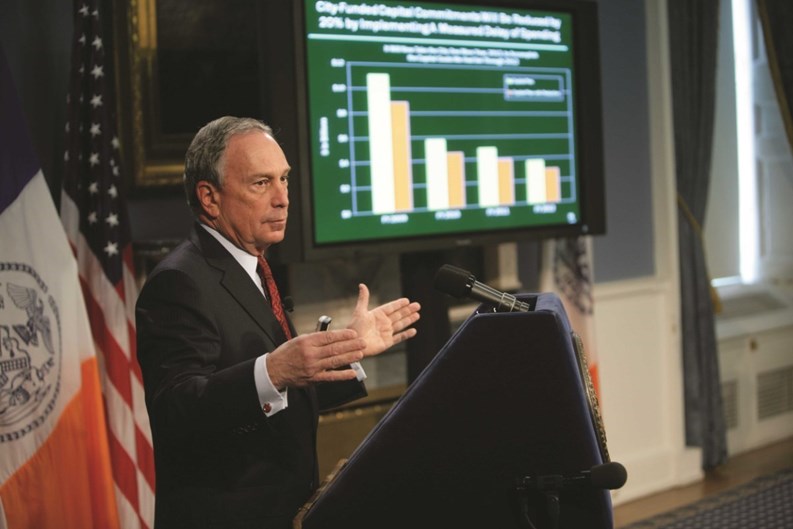 Mayor Michael R. Bloomberg proposed a $59.1 billion budget plan for Fiscal Year 2009 and presented an updated four-year financial plan for New York City. The mayor’s budget plan maintains the city’s financial footing in the near term by reining in expenditures across the city, with city-funded spending only expected to grow by 0.1 percent.

One of the highlights of the budget for homeowners is that initiatives contained previously like the $400 property tax rebate will continue and the plan also includes the same property tax rate reduction introduced in 2007-08. The executive budget includes $600 million in savings in FY 2008 and $1.3 billion in FY 2009 from reductions in planned agency spending. The proposal will produce out-year savings of $1.1 billion annually. However, future years contain some warning signs. The overall city’s financial plan shows deficits of $1.3 billion in FY 2010 and $4.6 billion in FY 2011.

“Through a combination of agency savings and short-term revenue receipts, we will once again return tax dollars to New Yorkers who today face their own budget problems created by the subprime mortgage meltdown and the ensuing credit crunch,” said Mayor Bloomberg in a statement. “That includes the $400 homeowner property tax rebate, which will be continued in Fiscal 2009 and in the out-years as well. Our expectation at this time is that we’ll also be able to extend, for another year, the 7 percent property tax cut that we enacted last year.”

The mayor’s budget analysis, though, shows some dark clouds on the horizon. The national economy is slowing, the labor markets and housing markets are softening and Wall Street is feeling the pinch of the economic downturn. “Locally, New York City’s economic outlook is uncertain. Wall Street firms have announced hundreds of billions of dollars of write-downs and thousands of planned layoffs. After posting a record $21 billion in profits in 2006, Wall Street firms had over $11 billion in losses in 2007. Large commercial real estate transactions have already begun to decline and are forecast to fall further,” the report says.

One area of optimism that will bring in additional spending is visitors to the city, the report notes. “Tourism remains a bright spot, with New York City recording an increase in overseas visitors of 33 percent since 2000, while the rest of the country has seen a 20 percent decline in overseas visitors during this period.”

The Independent Budget Office (IBO), a bipartisan agency that analyzes the city’s financial health, reviewed the mayor’s budget plan and also sees a positive outlook in the near term.

“Despite a steady deterioration in the national and local economies since the fall, New York City’s near-term budgetary picture may not be as dark as one might expect,” said IBO Director Ronnie Lowenstein. “IBO’s projections of revenues and expenditures based on the mayor’s preliminary budget for 2009 and financial plan through 2012 finds that the city has no budgetary shortfall for 2009 and our gap estimate for 2010 is $2.1 billion, roughly half the size of the shortfall anticipated by the Bloomberg Administration.

“There are two major reasons for this still positive near-term outlook. One reason is that so far this fiscal year business tax collections have not declined as much as previously expected. In addition, despite Wall Street’s huge losses, bonuses barely declined, bolstering personal income tax withholdings.

“The other key reason is that the extraordinary budget surpluses amassed during the past few years are helping the city weather the near-term effects of the economic storm. Last year’s $4.7 billion surplus will help the city end this fiscal year with a similarly large surplus. Although we project that in 2009 tax revenues will be less than what the city will collect this year, the 2008 surplus will be more than sufficient to fill next year’s gap,” according to Lowenstein.

However, the long term forecast is not as rosy. In deference to Creedence Clearwater Revival, Lowenstein sees some bad news rising. “There are ample reasons to be concerned that the picture could darken more quickly than our projections indicate,” added Lowenstein. “The economic situation is particularly precarious. IBO’s economic and tax revenue forecast produced in late February assumes a relatively brief and mild recession. If the problems affecting the financial and housing sectors worsen—the collapse of Bear Stearns after we completed our forecast is a clear indication of the potential for things to get worse—the recession will be deeper, job losses greater, and fiscal pressures on the city will quickly mount.

“Health insurance and pension costs for the city could also be higher than anticipated in the preliminary budget,” according to IBO. “The Bloomberg Administration currently projects health insurance costs for city employees to rise from $3.4 billion in 2008 to $4.6 billion in 2012. But IBO expects these costs could be as much as 16 percent to 18 percent higher by 2012 due to an underestimate of inflation in health insurance premiums and the number of eligible employees, and potential rate increases from the planned conversion of a merged GHI and HIP to a for-profit insurer, which could cost the city more than $300 million. The mayor also counts on achieving $200 million in savings from restructuring health benefits, which will have to be negotiated with the municipal labor unions.”

One avenue of hope is that Manhattan real estate and the resultant property taxes remains a strong revenue generator for New York City. Property values in Manhattan and in the boroughs continue to rise despite a marked downturn in the economy.

“Despite a national downturn in our economy, the mayor has proposed a balanced budget that includes responsible safeguards for the future. While the news of continued relief for homeowners is a positive step, the cuts to a number of city agencies, most notably to the Department of Education, are a cause for concern. The council remains committed to ensuring that the necessary cuts have the least possible impact on our classrooms,” Quinn said in a statement.

Another area of the budget receiving cuts is in the area of housing and housing administration. The Department of Housing Preservation and Development’s budget was reduced from $638,691 to $514,283 in the 2009 proposal, mostly in the areas of administration, new development, repair and maintenance.

“The mayor also proposed a reduction of 20 percent to the city’s capital budget, accomplished by stretching out the 4-year capital plan to 5 years. The council looks forward to working with the administration on the details of these reductions and to assessing the impact they will have on our communities. Clearly the large surplus we’ve had in recent years, a result of sound fiscal planning by both the administration and the council, is responsible for lessening the impact of the sluggish economy. The additional $2 billion dollars dedicated to future funding shortages in this year’ budget is welcome news,” concluded Quinn.