Do not show again [X]
By Elizabeth Lent   2016 September Finance 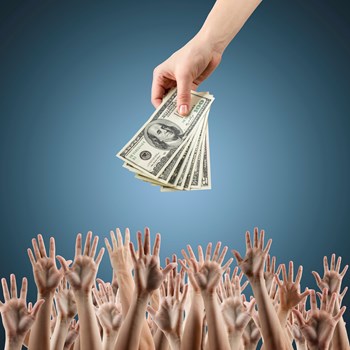 As Oliver Wendell Holmes, Jr., once said, taxes are the price we pay for civilization. While that may be true, its truth doesn't make a hefty tax bill any easier to swallow, especially when it comes to city and state property taxes.

There is a complex array of abatements and exemptions for co-op and condo owners in both the federal IRS code and New York City tax code, often creating confusion and an uneasy sense of “did I miss anything” among co-op and condo residents. Add to that the fact that different boards may opt to distribute funds from these programs among their residents in different ways and the confusion can grow.

Co-ops and condos are treated very differently for real estate tax purposes, says Mindy Eisenberg Stark, CPA, CFE, who has her own accounting firm MES, based in Scarsdale, New York. “A co-op pays the real estate taxes for the land and building which it owns and, through Section 216 of the Internal Revenue Code, passes that deduction on a pro rate share basis to the stockholders in the corporation,” she says. “In a condo, each unit is a separate tax lot and each unit owner pays their own real estate taxes.”

The abatements in a condo “reduce directly the individual unit owner’s real estate taxes,” Stark says. “They are deducted from the bill and the unit owner pays the net tax.”

Attorney Paul J. Korngold of Tuchman, Korngold, Weiss, Liebman & Gelles, LLP, a real estate law firm based in New York City, that provides tax certiorari services, adds, “In a co-op, the credit is given against the total tax bill of the co-op and the co-op then has to distribute the credit to each shareholder. The credit ranges between 17.5 percent of the annual taxes and 28 percent of the annual taxes, with the highest percentage given to the lower assessed co-ops on the theory these are poorer people who need the money more.” To receive these credits, he says, “title to the unit must be in the name of an individual or a trust and the unit must be the primary residence of the unit owner.”

Property owners can find out more by going to the New York City Department of Finance website at www1.nyc.gov/site /finance/benefits/landlords.page where benefits are listed by topic.

The most important tax abatement available in New York City, called the Co-op and Condo Abatement, was enacted “in order to bring real estate taxes in co-ops and condos closer in line to the tax rates for single-family homes,” says Stark.

The Co-op and Condo Abatement applies to both co-op shareholders and condo owners. “Almost all co-op (and condo) buildings are eligible and are enrolled in the program,” says Glenn Borin, special counsel and a member of the Tax Certiorari Group at the law firm of Stroock & Stroock & Lavan LLP. “An individual apartment qualifies for the New York City tax year that begins on July 1 if, on the previous January 5, it was owned by individuals at least one of whom used the apartment as his or her primary residence.”

Another qualifying factor is that co-op or condo owners “cannot own more than three residential units in any one property and one must be the primary residence,” says Stark.

Knowing about the Co-op/Condo Abatement can help take a significant chunk out of the annual tax bill. “The abatement reduces the tax bill by 17.5 percent,” Borin says. “Higher percentages apply to some less expensive buildings, mostly in Upper Manhattan and other boroughs. The building’s managing agent is involved in notifying the city when apartments become newly eligible but the owners should also be aware of the program and, at least for now, should apply directly to the city when first eligible.”

Other abatements may be available on top of the Co-op/Condo Abatement, including STAR, which stands for School Tax Relief Program. “STAR is a partial tax exemption that has a value of about $300 per year,” says Borin. “An apartment qualifies if, on the January 5 before the beginning of the city tax year, at least one of the owners of the apartment uses it as his or her primary residence and the resident owner and spouse have a combined income under $500,000.”

Senior citizens over the age of 65 with qualifying incomes may be eligible for an enhanced STAR program, says Stark. Other programs are also available for veterans.

Some co-ops and condos may qualify for smaller abatements or exemptions, says Korngold. One program still in existence but limited in scope is J-51.

“J-51 grants abatements and exemptions for improvements to the property such as new windows, boilers and exterior renovations,” Korngold says. “Unfortunately, many co-ops and condos are no longer eligible for these benefits due to recent changes in eligibility requirements, which not limit these benefits to co-ops or condos where the average assessed value is less than $30,000 per apartment.”

Another program mentioned by Korngold has expired as the New York State Legislature failed in a compromise to act on it. The 421-a exemption, established in the 1970s, provided property tax breaks to any newly constructed housing development as long as developers built a number of affordable housing units within the development. It is uncertain if the program will be replaced or if current Mayor Bill de Blasio’s housing proposals can be resurrected without it.

While some tax abatements and exemptions have been around for literally ages—the Veterans’ Exemption, for example, dates to the Civil War—others have a more recent genesis.

“The Co-op and Condo Abatement originated in 1997 as a temporary measure to make taxation of owner-occupied housing more consistent across property types,” says Borin. “It was to be in place until more comprehensive reform could be enacted. It has been renewed six times and now sunsets on June 30, 2019.”

Over the last 20 years, the Co-op and Condo Abatement underwent one major modification. “Until the renewal effective for the 2012/2013 tax year, it applied to all units except those owned by sponsors or owners of more than three units in the same building,” says Borin. “It was then modified to require primary residency.”

The STAR abatement “was modeled on popular rebate programs in New Jersey and other states and first proposed by (former New York) Governor George Pataki as a relief from high school taxes in suburban and upstate communities but, as passed, it applied to private homes, co-ops and condos statewide,” says Borin.

Duties of Board and Management

While it is important for unit owners and shareholders to make themselves aware of abatements and the processes that surround them, boards and management also have the responsibility to correctly administer their end of those processes.

“In co-ops, the transactions involving the payments to the city and any refunds received should be part of the corporation’s books that are generally open to all shareholders for review,” says Borin. “The information about the benefits attributed to each unit are subject to tax secrecy and must be made available to the owner of the apartment but not others.”

When it comes to disbursing funds from property tax abatements, the methods can tie in with other fees due within the community. For co-ops, as stated above, the board must allocate the tax savings to the appropriate unit owners based on the information provided to them by the city.

This is where most boards garner the most complaints. “Most do so by applying a credit against maintenance bills due before the end of the city tax year to which the benefits apply,” says Borin. “Many co-ops impose an assessment due at the same time that is equal to the amount of the abatement.  In these buildings, the owners of the qualifying apartments see no change in their net monthly charges, while owners of units that do not qualify must pay the assessment out of pocket.”

In condos, the board and managing agent are not involved in any distributions of benefits since condo owners pay their taxes directly to the city. That may change in the future, though. “The city,” says Borin, “is discussing changes in the program that will require condo managing agents to provide the same type of updates on ownership and primary residency that are now required from co-ops.”

Certainly, for shareholders and unit owners, there is a lot to be aware of when it comes to tax abatements. Fortunately, there also are a lot of valuable resources that can help people navigate their way through the processes. “Managing agents active in New York City are generally knowledgeable about the program,” says Borin. “The building’s general counsel should be able to advise the board. Organizations such as the New York Council of New York Cooperatives & Condominiums (CNYC) provide some helpful general information.”

According to the New York State Department of Taxation, another credit which may be available to city homeowners is the New York City enhanced real property tax credit. This applies if you had household gross income less than $200,000; occupied the same New York City residence for six months or more; were a New York City resident for the entire tax year; could not be claimed as a dependent on another taxpayer's federal income tax return; had a residence that was not completely exempted from real property taxes, and met the conditions as a homeowner or renter below: As a homeowner, you or your spouse paid real property taxes and any rent you received for non-residential use of your residence was 20% or less of the total rent received. And as a renter, you or a member of your household paid rent for your residence.

As mentioned earlier, go to the Department of Finance’s website or the state’s tax website at https://www.tax.ny.gov/pit/credits/new_york_city_credits.htm#NYC_enhanced to review the available abatements, including deadlines, eligibility and the forms themselves.

Over the years, the tax abatement programs created for the co-op and condo owners of New York City have become a valuable resource, helping ease the pain of paying property taxes each year while at the same time, putting funds back into building budgets and into the pockets of individual unit owners and shareholders. No doubt, they are worth the effort to understand the abatements and all they have to offer for individuals and co-op and condo communities. 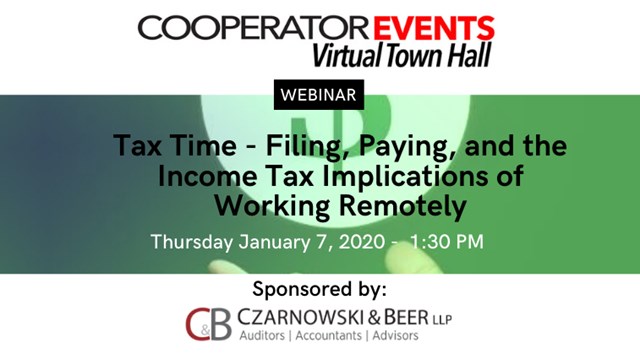