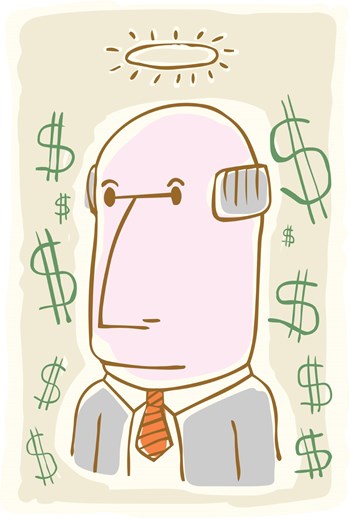 The job of a co-op or condo board member seems pretty straightforward: have  meetings, take votes on this or that item of business, approve checks, keep an  eye on the budget, and so forth.

That’s the administrative part of the job. But board membership also comes with a  whole slew of legal and ethical considerations as well—many of which the board member may have never stopped to consider. Let’s take a look at some of the common ethical and legal pratfalls board members  fall victim to, and how to avoid them.

Back in high school, when this reporter worked at McDonald’s, the owner instructed us that any police officer who came to the restaurant  ate for free. “If we give them free food,” he said, “word will spread, and the cops will hang out here, or keep more of an eye on the  place. That’s what we want.”

It’s unethical (if not illegal) for cops to accept freebies like that, but it  happens all the time. It certainly happened in that McDonald’s, which, to the best of my knowledge, still doles out free burgers to the boys  in blue. For the price of a few burgers and French fries, the owner got what he  wanted—extra security.

The same sort of thing can happen in a co-op or condo, where board members can  receive the maintenance equivalent of a complimentary Big Mac.

“Say there's a leak in the apartment above the board president’s,” says Steven Birbach, chairman of Carlton Management in Glenwood Landing. “It may be the policy that the co-op repairs the leak, but doesn't paint. But the  president might ask the super to paint the ceiling, and the super does it.”

Is this a big deal? Not really. The super probably doesn’t mind doing a favor for the president, and the president might not even realize  he technically made an ethical error. But it is an ethical gray area. And with gray areas, it’s best to err on the side of caution—and full disclosure.

“We all have contractor favorites,” says Birbach. “I’ve been in business 25 years—we know people who have done a good job and should do a good job in the future.” When board members stand to profit from the contracts however, the situation is  more delicate. “As long as it’s fair and above board, it’s okay,” he says. “But let the contractor bid on it like everyone else.”

The important thing—and the thing that board members sometimes forget, or don’t realize—is that conflicts like this must be put out in the open. There must be total  transparency.

Another common scenario: say the wife of the board treasurer is a real estate  broker. She’s the listing agent for an apartment in the building. She found potential buyers, who now have to get approved by the board.

“It’s okay for a transaction like that, where there’s a related director,” says Stephen M. Lasser, an attorney shareholder with the Manhattan offices of  the law firm of Stark & Stark, “but the board member needs to disclose that, and to recuse themselves from the  vote.”

Chances are, the application gets approved regardless. Chances are, the broker  vets the buyers. Chances are, everything would have played out exactly the same  way. But appearances are important here. “Even if they say they can act impartially, it doesn’t look like it on its face,” says Lasser, who concentrates his practice in the firm’s Condominium and Co-op Group. And the appearance of impropriety can often be  just as damaging as an actual misdeed.

Keep Business in the Board Room

It’s Sunday night, 15 minutes before the new episode of Mad Men starts. The board  president rides the elevator to the basement to collect his laundry, hoping to  be back in his apartment before ten o’clock.

Once in the laundry room, however, he runs into Implacable Guy from 6G, who  picks that very moment to air his latest grievance, something about the  radiators being too hot. “Some people are just really good at cornering you and getting you to talk,” says Troup.

If you are that board president stuck in the laundry room, it may be tempting to  tell Implacable Guy whatever he wants to hear to table the discussion—maybe even make a promise or two. The pros strongly advise against making  promises like that, especially under those conditions.

The better approach, says Troup, is to direct Implacable Guy to the proper  channels for making a maintenance request. Or, if the matter is more complex  than that, have a prepared statement ready. “Say something like, ‘That’s a matter that involves an individual shareholder, and we don’t discuss individual shareholders,’ ” Troup suggests. Basically, what you want to do is table the discussion for a more appropriate  time and place, such as a board meeting.

Not that you want to become a total politician, communicating solely in bromides  and canned statements, of course. There’s a balance. “You signed up for the board, so you’re going to get stopped in the building, and people will ask you things,” says Lasser. “If you don’t acknowledge people, it doesn’t give the right impression. You don’t want to come across as inaccessible.” The key here is to cultivate open communication while maintaining appropriate  boundaries, both personally and in regard to board business.

An E-Mail Is Forever

E-mail is an ideal means of communication for many reasons. Unlike a letter, it’s delivered immediately, and doesn’t require Mail Merge, a copy machine, or a book of stamps to use. Unlike a phone call, it doesn’t impose upon the other person at that moment; your correspondent can get back  to you when he or she is ready to do so.

For these reasons, almost everyone communicates via e-mail. But electronic  communication, for all its myriad advantages, is not without its stumbling  blocks.

“Many boards use e-mails extensively. It’s so efficient,” says Troup. “But if there’s ever litigation…”

E-mails, even when deleted, can be retrieved, says Troup, and they are  admissible as evidence. One attorney this reporter once worked with told  employees at the company, “Don’t put anything in an e-mail that you wouldn’t feel comfortable reading before a judge in a court of law.” He tended to take a defensive view of things, but he had a point.

Generally speaking, e-mail should be used for routine correspondence: arranging  meeting times, distributing documents, that sort of thing. Go beyond that, the  experts say, and you go at your own peril. “You have to remember,” says Lasser, “any time you use e-mail, it’s discoverable, unless its falls under attorney/client privilege.”

To that end, Lasser advises board members to avoid e-mailing about anything  potentially litigious. It’s fine to ask if a meeting time can be moved; not that smart to write down your  feelings about why so-and-so should not be approved to buy an apartment, or why  you don’t want to hire such-and-such.

Plenty of people in corporate America have been fired because of something they  wrote or forwarded in an e-mail—a dirty joke, a threat, a pornographic image, or what have you. A board member  won’t necessarily get fired, as such, for such a thing, but the whole building could  be exposed to lawsuits, even if something was sent in jest, with no ulterior  motive or malice of intent. The point is, be very, very careful what you write  in an e-mail.

Board members are, from time to time, privy to information that the average Joe  in the building might not be in on. For example, if three vendors are bidding  on a big project, the board member knows what the sealed bids contain, and  could theoretically use that information to help one vendor beat out another.

Another example: if Famous Celebrity wants to buy an apartment in the building,  someone on the board will have access to a lot of information Famous Celebrity  may not want to read about in the tabloids.

Troup puts it bluntly: “A director may not divulge or otherwise use for personal gain any personal  information learned during the performance of his or her official duties as a  director.” To do otherwise isn't just improper and unethical, it's illegal—and a board member acting in bad faith is out in the cold when it comes to the  legal costs associated with a resulting lawsuit or criminal charges. Boards  typically carry Directors and Officers (D&O) insurance to cover any damages resulting from a bad decision they might make,  but such policies pay only if that decision was made in good faith. Illegal  discrimination, fraudulent business dealings, and other chicanery would void  any D&O policy coverage, and perpetrators are on the hook to pay any associated costs  directly out of their own pocket.

Ultimately, many of these rules of etiquette and ethics seem like common sense. Indeed, many if not most board members comport themselves like Supreme Court  justices with respect to ethics and the letter of the law. But sometimes the  situation is complicated, and the right thing to do is not so obvious. In those  cases, knowledge of your building's bylaws and the guidance of good legal  counsel can help clarify things and give boards and managers a hand in doing  what's best for their building—and doing it under the letter of the law.

Greg Olear is a freelance writer, novelist and a frequent contributor to The  Cooperator.