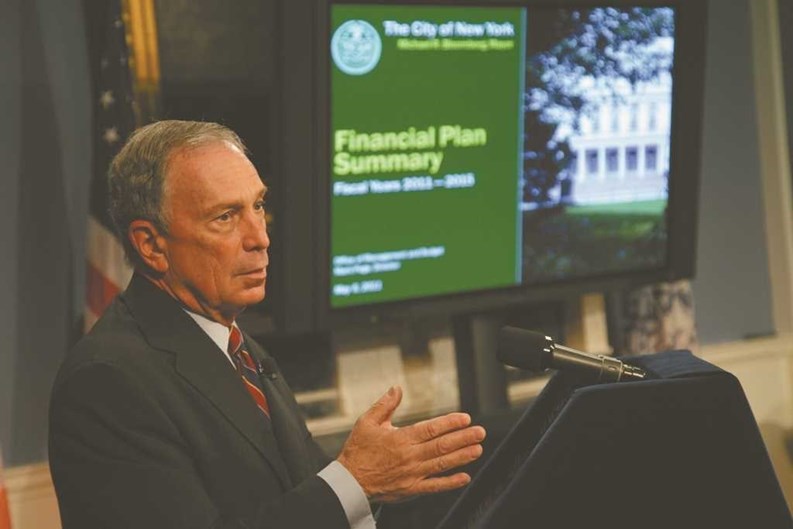 Earlier this year, Mayor Michael R. Bloomberg presented his Fiscal Year (FY) 2012 Executive Budget and an updated four-year financial plan. The mayor outlined the plan, which costs $64.7 billion and would balance the budget with a claim, he said, of no tax increases for New Yorkers. However, the budget does call for the elimination of more than 6,000 teaching positions, and a slew of other controversial cuts.

The budget details the expanding gap between strong city support for services and declining state and federal support for services, which has forced city taxpayers to cover the increasing costs of services. Further, much of the increase in cost for services is dictated by state and federal mandates. The Executive Budget relies on $5.4 billion in savings for FY 2012 generated by ten rounds of cost control actions taken by city agencies since 2008 and the use of $3.2 billion of expense funding saved in FY 2011. This $3.2 billion was used to prepay expenses in FY 2012 in order to prevent further service reductions.

Mayor Bloomberg pointed out that the continually improving economy as well as responsible budgeting has kept the city in a better fiscal position than most cities, however he noted that state and federal disinvestment continues. The mayor also stated that one of the main reasons that the city is doing better than other cities is the fact that New York City has $5.4 billion in savings, as well as a growing economy. Bloomberg did note that despite this proactive fiscal planning, the city still needs to commit nearly $2 billion in additional funds to cover state and federal funding losses.

The mayor's proposed budget includes the controversial elimination of more than 6,000 teachers from New York City schools—this is the largest teacher layoff since the fiscal crisis of the 1970's. Mayor Bloomberg says these cuts became a necessity after New York Governor Andrew Cuomo and the New York State Legislature enacted a $132 billion budget in March which closed a $9.8 billion budget deficit. This was achieved in part by cutting $4.6 billion that New York City had previously received for schools, Medicaid and other social services. According to the mayor, the state Medicaid cuts also cost the city an additional $2.2 billion in federal matching funds.

“We are in better shape than most cities...” Bloomberg said in a statement, “but we are not an island. We are not immune to the realities in Albany and Washington. And the reality is, both places are keeping more of our tax dollars to close their own budget deficits. I am sympathetic to their need for budget cuts, but actions taken to close their deficits came without changing the burdens they impose on city taxpayers.”