Ever wonder what goes into getting rid of the garbage in your building, or what happens to the hundreds of bags we throw away every day? Probably not. But how well your building is equipped to process the tons of trash New Yorkers throw away each year can have a direct effect on your pocketbook.

In 1968, New York introduced Local Law 14 as part of a series of changes designed to reduce air pollution. Back then, fumes from automobiles and incinerators produced a stagnant plume of grey smoke that hovered over the city. Environmentalists became concerned and warned of health problems on future generations if changes were not made. Hence, the introduction of unleaded gasoline and the trash compactor.

Local Law 14 met with tremendous opposition. Incineration of trash was considered an efficient means of disposal and had been so for years. The caretaker simply waited until the chamber was filled, turned the burners on, and within minutes the trash was gone. Incinerators also occupied little space and left little food for the city's vermin population. The drawback, however, was that with so many buildings releasing smoke into the atmosphere, New York's air quality dramatically worsened.

St. Ann's Marketing Company, which later became HiCO, a division of the Bronx, N.Y.-based Refuse Systems Corp., was one of the first to design commercial compaction equipment. Faced with an enormous task of converting all its incinerators, New York City asked St. Ann's, a steel manufacturer, to design a compactor - powerful and economical enough that would be able to fit into the space formerly occupied by the incinerators. After a few tries, HiCO successfully came up with an appropriate design and produced the first compactor that was used in place of an incinerator.

By 1970, just over one-third of apartment buildings in New York City had converted to compaction systems. For economic reasons, some smaller buildings and owners shut down the incinerators but placed their garbage in cans. Today there remains approximately four percent of all buildings that have not yet converted to a compaction-type system.

The conversion to compaction had its effects, however. A trash chute and compactor room now became a virtual smorgasboard for all types of vermin, and the role of superintendents and building custodians likely changed to now include trash disposal. After all, who was going to attend to the compactor and stack the garbage bags for twice-a-week pickup? Separating recyclables is also a full-time job in itself. Thus, building owners, cooperatives and condominiums all bear the exorbitant costs of trash disposal and adding personnel to your staff to deal with it, is another added expense.

Adding a porter to your staff, for example, may cost approximately $40,000 including benefits. Conversely, expanding a porter's duties to include trash disposal limits the amount of time they can spend on general building upkeep. Today's compaction systems have been modernized to operate automatically and require a minimum of custodial attention. Buildings may be able to save hundreds of man hours per year with an automatic trash compactor that has a good service history. The average trash compactor ranges in price from about $6,000 to $9,000 depending on the size of the building being served, and the quality and capacity of the compactor.

Here are several things you can do to help keep your compactor running efficiently and in good working order.

"¢ Check for structural corrosion. If your compactor is leaking garbage and residue, make sure to have it evaluated for structural repair before the condition worsens. Left unattended corrosion will spread and result in a major repair or possible replacement.

"¢ Have your service company change the hydraulic oil and filter in the power unit at least once every two years. This will protect the motor and hydraulic system, which drives the compactor unit.

"¢ Never hose down the compactor. This may cause damage to switches and controls and contribute to surface corrosion. Wipe your compactor with a damp cloth instead.

"¢ Keep your reflector and photocell clean at all times. Dirt in either the photocell or the reflector can cause a compactor to run continuously. 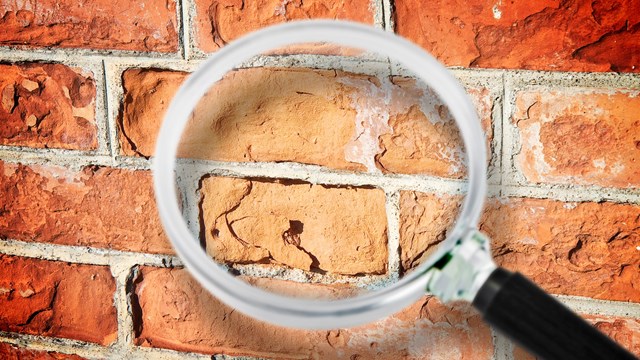