Do not show again [X]
By Lisa Iannucci   2011 January Management 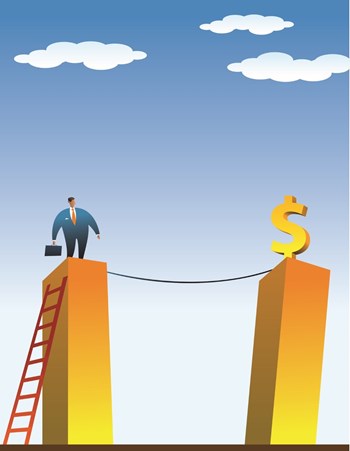 Job losses. Bankruptcies. Foreclosures. These are tough times for everyone, but when homeowners fall on hard times, they are often late paying their condo or co-op fees. Some can’t even afford to pay them at all. Add in contractors and vendors who have gone out of business and boards who are reluctant to spend money on repair or capital expense projects, and it can be a rough time to be in the property management industry.

Across New York City, the amount of pain depends on the time-honored rule of real estate—location, location, location. Properties in Manhattan, which have held their values relatively well throughout the downturn, have felt little pain. Managing properties like these can be done with only a little belt tightening.

Meanwhile, co-ops or condos in the other boroughs—particularly Queens or Brooklyn—are facing a variety of problems, like foreclosures and older infrastructure, which can make life tough for their property management firms and managers.

Two of the biggest ways the downturn has affected property managers is that it has flattened annual fees while increasing portfolio sizes for managers, says Jeff Klarfeld, senior property manager at Penmark-Halstead Management in Manhattan, and 2010 president of the New York Chapter of the Institute of Real Estate Management (IREM). “In the past, [firms] would ask our boards to do an increase in the management fees by five or six percent. In many cases, we have had to waive that for a couple years, and stay at what the previous management fee was because budgets are tight.”

As for property managers, says Klarfeld, “The workload and the portfolio of many property managers has increased considerably, because they're not hiring as many new people,” he says of some cash-strapped management companies. “A property manager who had four or five buildings previously now has six or seven.” Despite the increased workload, Klarfeld says there hasn’t been a mass exodus from the property management field. “Larger portfolios certainly should cause burnout, but with the job market as it is, most people are just holding on to their jobs.”

Loans Harder to Get

Adding to the woes of some managers are difficulties in getting loans for repairs, like replacement of common elements such as roofs, windows, siding, doors or HVAC systems. Some co-op or condo owners survey the declining curb appeal of their community and erroneously blame the management firm for the problem.

Alan Seilhammer, senior vice president of NewAlliance Bank in Manchester, Connecticut, says he began to notice a downward spiral around three years ago. “It became noticeable in 2007 when the appetites of the board members and management to get loans started going down and they started requesting less,” he says. “Due to the financial strain on homeowners—even if they do have jobs—they are less likely to approve a special lump sum assessment,” he says. “So either the projects are getting turned down, or if they are going forward, the association is getting a loan.”

Seilhammer says that business picked up again in 2008, stabilized in 2009 and started on the uptick again in 2009 and into 2010. “What’s changed now, however, is that it’s much harder to get an association approved for a loan,” he says. “Many of them have high delinquency rates of more than 10% over 60 days delinquent.” He works with associations to quantify the level of delinquency that they have so they understand the cash flow, structure the loan and they take into account the group of non-payers.”

According to Klarfeld, who manages nine properties—one in Williamsburg, one in Long Island City and the rest in Manhattan—new government loan requirements have certainly made it more difficult to get loans. “With the government trying to control the lending, the number of mortgage lenders has shrunk,” he says.

Consequently, the big lenders that are still around, like Wells Fargo and a couple of other major banks, are getting more strict in their lending requirements. Fannie Mae has some guidelines that were not strictly adhered to previously but which are now. It’s just a problem because in condos, one of the major requirements is to have 10 percent of your operating account as reserves in your operating budget,” Klarfeld says.

One additional problem that property managers have to deal with, says Seilhammer, are contractors that go out of business or struggle financially. “We’re seeing it often—and if the contractor isn’t going out of business, they are bidding so low they are making little or no money,” he says. “A construction line of credit has a time frame to it and if you lose the contractor, you have to get a new one and that typically starts to use up their credit line period. It’s not a big impact on us and we’re trying to be accommodating, but it’s something that needs to be resolved.”

One bright spot for multi-families is that condo or co-op boards have been willing to spend money for energy efficiency capital replacement projects, encouraged by various grants available from New York State.

Bart McDade, vice president and director of operations for New York at Grubb & Ellis Company in Manhattan, says his boards have also been spending money on energy retrofits and upgrades. They are concentrating on HVAC and energy efficient lighting and “are seeing four-year payback, in some cases as low as two years for return on investment,” he says. McDade says that New York State energy grants have been a big boon with his properties as well.

Nik Clark, director of client services for Reserve Advisors in Milwaukee, Wisconsin, provides reserve analysis for condo and homeowners associations. “We have an engineer or architect go to the properties and do an analysis of a 30-year projection to prepare themselves for and let them know how much they should be putting into a reserve account each year so they don’t have to have an assessment done,” he says. “These reports allow boards to set monthly fees accurately putting it into the account so they have enough money.”

Clark says there was actually an uptick in business thanks to the economy. “The downturn in the housing market leads to an increase and demand for our services,” he says. “Associations use the study to prioritize and make tough business decisions since the associations don’t have enough money to do more than one project.”

When it comes to the reserves, experts says that the poor economy has led to lenders being more diligent at underwriting reserves and, as a result, most boards are focused on maintaining these reserve levels, cutting back spending and waiting out the economic rollercoaster ride.

Eugene Warren, an owner of Buchbinder & Warren Realty Group LLC, a Manhattan-based property management firm, says his properties are replacing capital items on schedule and mostly with their own money because of an ongoing commitment to keep adequate reserves. “We budget ourselves and put money into reserves every month,” he says. “We don’t drain the buildings.”

Looking to the future, most Big Apple property managers see some improvement coming.

Warren notes that his reports to a business climate survey have been on the upswing lately. “I have a service that calls me the fifth of every month and you rate your business. You rate your business between three and four. I’ve never been done as low as three, I’ve been at 3.2 for a good part of this debacle, and I’m up around 3.4 now.” Looking to the rental market, Warren also sees better days ahead. “There’s no question that the residential market has improved because on a weekly basis, 15 apartments were asking for rent reductions. Since the beginning of September, I haven’t had one call.”

In the area of property manger workloads, Klarfeld sees some relief on the way. “Hopefully as the economy starts to improve, there will be more income and more ability to hire mid-management level property managers,” he says. “What we see now is a vice president and property managers [under him or her] and nothing in the middle—because that middle you’d have to pay more for and there’s no funds for that.” Klarfeld though sees property management firms becoming more pyramid-like. “ Hopefully, in the next couple of years, we’ll be able to move to a better organizational structure.”

McDade, who manages condos in Midtown Manhattan, sounds positively bullish. “I think in New York we’re in good shape,” he says. “We’ve flattened out. It’s back on the way up.”

Lisa Iannucci is a freelance writer and a frequent contributor to The Cooperator. Jim Douglass, managing editor of New England Condominium magazine, a Yale Robbins’ publication, contributed to this article.