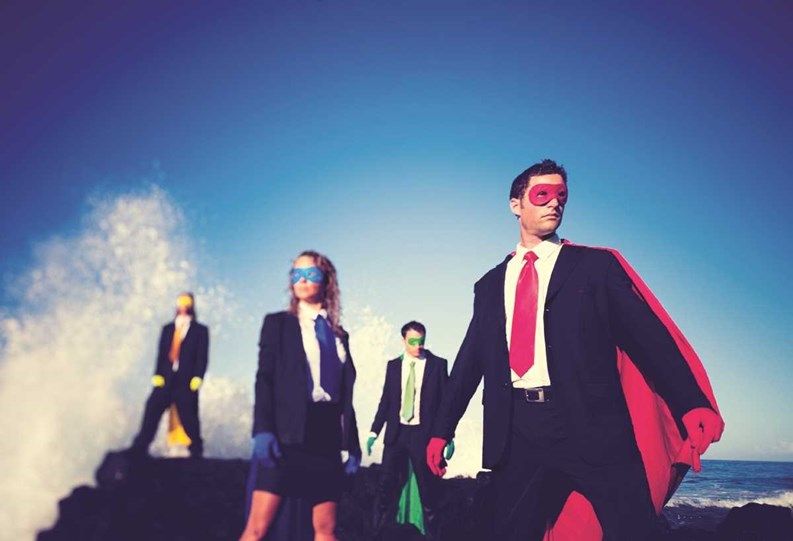 It's probably no surprise that no matter what field of law they practice in, attorneys have some pretty good stories. (The volume of television shows and movies devoted to lawyers and legal procedures may be one indicator of this.)

The attorneys who represent Gotham’s co-ops and condos are no different. Lawyers specializing in these buildings can easily find themselves players in unique and sometimes unbelievable stories—from the crazy cat lady who has imaginary felines running around in her backyard to the suspected mobster who may—or may not?—be running a house of ill repute out of his condo apartment.

While the above examples may be exaggerated a bit (or are they?), here are some real-life tales of the unique and bizarre shared by some of New York’s co-op and condo attorneys.

Kenneth Jacobs, a partner with the law firm Smith Buss & Jacobs LLP in Yonkers, has seen a lot in his years practicing representing co-ops and condos. For example, there was the sponsor who made a Racketeer Influenced and Corrupt Organization (better known as RICO) claim against him and his firm when he filed a Notice of Lien, alleging that he had forged the notary signatures and colluded with the process server to approve sewer service; or there was the time the ballot boxes disappeared from the back seat of a car owned by the election monitor from the independent monitoring agency who conducted the election in a 1,100-unit co-op, nullifying an election his insurgent group had spent preparing for.

For the latter story, Jacobs explains it involved the president of the co-op’s board, who owned two-thirds of the apartments himself, and was once hailed as a hero for helping the shareholders buy into the building that they wouldn’t have been able to afford without his purchase. The problem was, he consistently didn’t pay bills.

“The co-op was in terrible financial shape, way behind on its real estate taxes, only making intermittent mortgage payments, and maintenance charges were not being raised,” Jacobs says. “A number of board members came to my firm and said ‘What do we do?’ We helped them organize, and waged an educational and organizational campaign to show the other shareholders what was going on with the state of the co-op.”

Jacobs worked with the group for more than a year, and was able to collect proxies from 54 percent of the residents—enough to remove the board president from his position. On the night of the election, the building handed all of its votes to the independent third-party ballot-counting organization and those in attendance went out for a celebratory party, knowing they had done what they set out to do.

“The next morning, I get a call from the manager of this ballot-counting organization telling me that his car was stolen, and the ballots were in the backseat of the car,” Jacobs says. “A few hours later, the car was discovered abandoned, but totally intact. The only thing missing was the ballot box.”

Jacobs headed to court and made a motion to accept the copies of the proxies it had for the vote, but the court decided they weren’t valid and ordered a new election in six weeks. Although the firm did their best to collect the proxies again, it could only muster up 38 percent by the time of the vote. While it wasn't the challenge-proof majority needed, it still should have been enough to win.

“We found out we lost, because there was 92 percent participation from co-op shareholders—I had never seen that much participation, ever—and a number of those who signed our proxies [to dismiss the president] were duplicated as having voted for the incumbent board as well and those were nullified,” Jacobs says. “We found out many years later that the sponsor had forged a number of those proxies, and most had come from non-resident shareholders who they assumed would not reach out to us.”

With the election lost, a challenge was filed, but it was delayed for months. Eventually, Citibank filed a notice of default on the co-op and Jacobs was able to show those unsuspecting shareholders just what kind of dire financial shape the co-op was truly in.

“We had a recall election, the sponsor was thrown out, and we had to do a work-out with Citibank,” says Jacobs. “Eventually we made claims against the corrupt sponsor; he had to transfer his apartments, and maintenance had to go up by 30 percent. It took a while, but now the co-op is stable and an anchor for the neighborhood. It’s a real success story—but we had to work ourselves back from the brink.”

Aaron Shmulewitz, a partner with the Manhattan-based law firm of Belkin Burden Wenig & Goldman, LLP has plenty of great stories to pull out at parties, including a whole slew of cases involving people having sex in common areas—and being captured on cameras.

Most of the time however, it's more mundane misbehavior that gets caught on video. “Every place in a building is covered by cameras these days,” Shmulewitz says. “In one recent example, renters were discovered in a condo [thanks to the building's security cameras], and the board advised the owner of the apartment that [his tenants] would not be allowed to renew, and would have to vacate when the lease expired,” he says. “The board pressured them and they didn’t have to go to court.”

In fact, some of the most interesting things he’s involved with never go to court.

Back in 2004 for example, there was a co-op on Fifth Avenue that was the scene of a very public incident involving some local wildlife. For many years, a hawk’s nest occupied a ledge on the building's exterior, and the resident raptors drew the attention of devoted bird-watchers. While the public loved the charismatic birds, the building's board eventually got tired of them dropping dismembered rat and pigeon carcasses onto the penthouse terraces and ledges below the nest, as well as onto the sidewalks in front of the building. So they decided to have the maintenance staff remove the nest.

“They had every legal right to do that, but it triggered a huge protest movement,” Shmulewitz says. “Demonstrators were in front of the building 24/7 to protest the eviction of the hawk. Mary Tyler Moore and other high-profile people were shareholders in the building, and every shareholder was on the board. The protesters would keep everyone up at night because they were constantly there.”

Ultimately, the pro-hawk lobby succeeded in pressuring the board to reverse their decision, says Shmulewitz. Not only did the co-op welcome the hawk back, but they even built a new stainless steel contraption for the hawk to be more comfortable—and to reduce the number of mangled rat-bodies being flung down from on high.

Another interesting story involved a situation where another Fifth Avenue board voted 6-5 in favor of allowing a very high-profile shareholder to perform some major alterations to his penthouse apartment. Members of the board worked out a deal with the shareholder wherein he agreed to pay a significant amount of money for the right to do it, and would pay much higher maintenance fees going forward.

While those in favor of allowing the alterations felt that it was a good deal for the co-op, those opposed were very opposed. “It was a very unusual case,” Shmulewitz says. “The five [opposing members] felt so strongly against it, that they sued the six [in favor] to overturn the decision and stop it from being implemented. That effort failed, because they couldn't stop a decision by the majority, and the shareholder was free to do what he wanted.” That in itself isn't the strange part, however. What’s strange is that the vote was nine years ago—and to this day, the shareholder still has not even started alterations, yet continues to pay the extra money agreed to.

Darryl M. Vernon, a partner with the Manhattan-based law firm of Vernon & Ginsburg, LLP, is currently arguing a case in front of the appellate division involving a small co-op in Soho and the issue of who can be put on the board.

Another unique case Vernon has been involved with concerns the right of a board to reject someone or ask them questions about their disabilities. “Our client was a prospective purchaser who got approved and then at closing, he said to them, ‘I want you to know that I have a disability and am going to ask for permission to have a washing machine and dryer in my apartment,’” Vernon says. “When they asked why he didn’t say anything about that at the interview, he told them he didn’t even know if he would be approved, so why would he talk about it?”

The board, miffed that they weren’t told in the interview, rescinded the offer. The board claimed they told the buyer that washers and dryers were not allowed, and then asked if he had any questions. They felt he had indeed had questions if he was going to make this request upon moving in, and felt that not disclosing his intention during the interview constituted fraud on his part—enough to disallow him in the building.

The case went to court. The man was a retired cardiologist whose disability was colon cancer, and he wanted to have the ability to launder his clothes in the privacy of his own home. Other units in the building had washing machines, and while there was the slight potential for issues with the building's pipes, having some wasn’t a problem. The board’s objection was based on a disability.

“We litigated for years,” says Vernon, “and won with the ruling that the board had no right to ask him to disclose a disability before approval, and they aren’t allowed to ask him afterward. This was one of the first cases on this issue. We won and he has lived there happily ever after.” 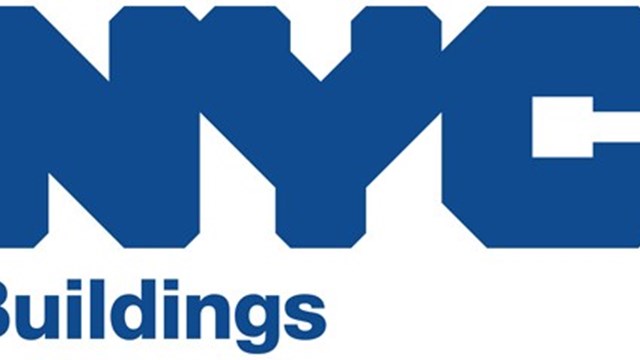 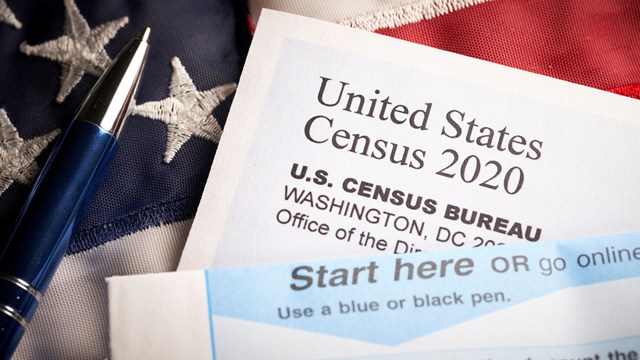