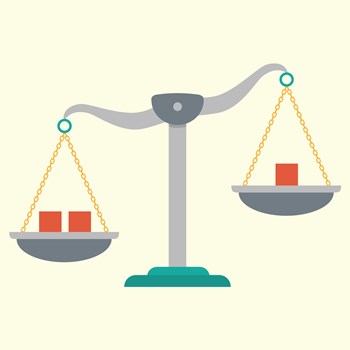 Co-op and condo living is subject to lots of rules—some of which come directly from state laws, some from the building or association’s own bylaws, and some from its house rules. Every state has statutes that govern the operation of residential communities; every community also has its own set of governing documents, which are almost universally subject to those state laws—and sometimes go even further than state regulations in delineating what owners and shareholders can and can’t do on the property.

These various laws, bylaws, and rules govern everything from pet ownership to leasing and subletting of individual units, and even to who may reside in an apartment. But can a community’s rules conflict with state statutes? And what happens if they do?

According to Dennis Greenstein, an attorney and partner with Seyfarth Shaw, a law firm based in New York City, “The governing documents of cooperative corporations—which are their certificates of incorporation, bylaws, proprietary leases, and house rules—and condominiums—which are their declarations and bylaws, and rules and regulations—must comply with the applicable laws governing them. And unless restricted by laws or the governing documents, they can be more stringent than such laws.

“The Business Corporation Law (BCL) governs co-ops,” Greenstein continues, “and the courts have applied the BCL in its review relating to whether the decisions and the actions of the boards of co-ops and condominiums have complied with the laws and governing documents. In addition, the New York State Condominium Act governs condominiums, and provides for specific requirements that must be included in the governing documents of condominiums, and followed by their board of managers.”

“A co-op’s governing documents should not conflict with state or local laws,” says Julie Schechter, a partner at Armstrong Teasdale, a New York-based law firm with offices across the country. “If they do, the law should be followed, and efforts should be made to amend the governing documents so that they conform with the law. The Business Corporation Law, which governs how cooperative corporations are run, has a provision that states: ‘The bylaws may contain any provision relating to the business of the corporation, the conduct of its affairs, its rights or powers or the rights or powers of its shareholders, directors or officers, not inconsistent with this chapter or any other statute of this state or the certificate of incorporation.’ If there is an inconsistency between a co-op’s bylaws and the BCL, the terms of the BCL prevail.”

When There’s a Conflict

Schechter explains, “To the extent authorized in a co-op’s bylaws, the board of directors may have the authority to amend certain provisions of the bylaws without shareholder approval. However, any such board-enacted bylaw is subject to repeal by a vote of the shareholders. House Rules can be added, amended, or deleted by the board of directors and such actions do not require the approval of the shareholders. If the board implements a house rule that conflicts with an existing bylaw provision or the law, the board can simply vote to repeal it.”

Greenstein advises that “if a rule is not in compliance with applicable laws or is beyond the authority provided in the bylaws, it may be challenged by the shareholders of the co-op or the unit owners of the condominium. A challenge can be made seeking the court to grant, among other relief, a declaration that the rule is without authority and to enjoin the board from attempting to enforce it, and possibly monetary damages resulting from such board action.”

Brian Cohen, an attorney with law firm Lachtman Cohen, also based in New York, adds that “a condo or co-op’s bylaws or house rules that are inconsistent or in conflict with a controlling statute, or that are violative of any general law or public policy are unenforceable. In New York, if a board passes an amendment to the bylaws or house rules that shareholders or unit owners believe is unenforceable, they can commence what’s called a CPLR Article 78 proceeding in New York State Supreme Court seeking a judgement declaring the bylaw or house rule null and void, but they have to act fast because these proceedings are subject to a four-month statute of limitations.”

When making, changing, or modifying rules, should boards automatically consult with their legal counsel first? “Boards are not required to involve their legal counsel in every rulemaking decision,” says Cohen, “but it is prudent and good business practice to do so to ensure that any rules they pass don’t run afoul of the law and can withstand scrutiny.”

Schecter agrees. “Boards do not need to involve their legal counsel in every rulemaking decision nor should they,” she advises. “It would be inefficient and expensive if a board called their attorney every time they had to make a decision.  The better practice is for the board to have a written policy and to enforce it uniformly for all shareholders. Uniform enforcement of a written policy will help insulate the board from liability. Attorneys should be contacted if the board is not sure how to respond to a certain situation, or if there is no written policy addressing the issue.”

Greenstein believes, “It is advisable to have legal counsel review any proposed changes to the governing documents of a co-op or condo, or the enactment of a new or modified house rule or rule and regulation. There are always new court decisions and the passage of new laws affecting co-ops and condominiums. Accordingly, it is important to have counsel review the board’s proposed changes to protect the board members against possible legal challenges and demands for legal fees and expenses being brought.”

In New York State, the BCL is the bedrock upon which the governance of co-ops (and to a practical extent, condos) are governed. “When a legal action is brought against a board by shareholders or unit owners to challenge its decision, the court will determine if it will apply the Business Judgement Rule,” says Greenstein. “If the court finds that the board had authority to take the action and acted in good faith for the benefit of the co-op or condominium, it will conclude that the board acted properly, and dismiss the claim. Alternatively, if it appears that the board lacked authority or acted in bad faith, it will not defer to the board’s decision, and may rule in favor of the shareholders or unit owners and grant some or all of the relief they are seeking.”

“The Business Judgement Rule,” explains Schechter, “presumes that a director or an officer acted appropriately and in the interests of the cooperative or condominium. The main objective of the rule is to allow these directors and officers to make business decisions without the constant fear of legal repercussions. According to the Business Judgement Rule, board decisions will not be second guessed by the courts, and will stand, when made with the proper exercise of the board’s business judgement, in good faith and without self-dealing or discrimination.”

According to Cohen, “The Business Judgement Rule prohibits judicial inquiry into the enforceability of house rules promulgated by condo and co-op boards, as long as the board acts within the scope of its authority, in good faith, and in the exercise of honest judgement in the lawful and legitimate furtherance of condo or co-op purposes.”

Greenstein cites a pertinent example: “In order to charge shareholders a transfer or flip tax upon the sale of their apartments, the law requires that such provision be contained in the co-op’s proprietary lease. If such provision is not in the lease, and in order to amend the provisions of a proprietary lease, the consent of shareholders owning at least two thirds—the percentage may vary—of the issued and outstanding shares of the co-op must be obtained. A number of years ago, numerous boards of co-ops that didn’t have transfer tax provisions in their leases passed board resolutions to enact a transfer fees—but didn’t obtain the consent of the shareholders. The resolutions provided for the tax to be paid by shareholders to the co-op as a condition of selling and transferring their apartments. The shareholders paid the tax in order to close on the sale of their apartments. What followed was the commencement of numerous legal actions against these co-op boards, wherein the courts determined that these boards failed to obtain the required consent of the shareholders—thereby rendering the transfer tax unenforceable and ruled that all shareholders who paid the tax within a certain time period receive a full refund of the money they paid, plus interest.”

The lesson of the story? Be prudent and follow the law to the letter.n