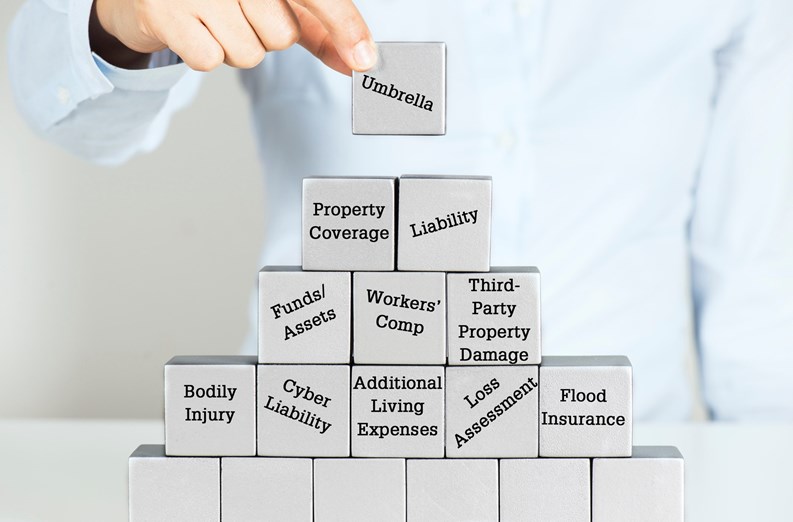 For many people, insurance seems like its own mysterious realm, filled with terminologies that sound formidable and enigmatic. At the same time, people also understand the profound importance of insurance and what it can mean for the safety and security of the co-ops, condos, and associations in which many of us live.

Fortunately, insurance professionals have vast experience in making the cryptic understandable and helping neophytes – whether they are unit owners, shareholders, or board members – find clarity in the world of deductibles and umbrellas.

Getting Down to Basics

For board members and managers, there are a few key terms that experts agree should be familiar to all, given the high stakes involved in the administration of people’s homes and investments. “There are four major areas where associations are exposed to losses: property, liability, funds/assets, and workers’ compensation,” says Jennifer Eilert, commercial lines manager for Condominium Insurance Specialists of America (CISA),  in Elgin, Illinois.

In terms of liability, for the building’s volunteer leaders, the coverage known as directors and officers – or D&O – is a must-have. “That’s what covers the board for the decisions they make,” says Ed Mackoul, president of Mackoul & Associates, Inc., based in Island Park, New York. “General liability typically covers bodily injury and property damage to others and is typically required by the bylaws, as well as lenders for both the owners and a co-op, but directors and officers liability insurance isn’t required by either and is extraordinarily important.”

Directors and officers liability insurance protects board members and the co-op and condo itself from financial loss in the event of legal action brought against the board for damages that result from decisions and actions made in good faith, or carried out during the discharge of their duties to the cooperative corporation or condo/homeowners’ association.

When crafting the appropriate policy for the co-op or condo community, another term that leaps to the fore is building ordinance, says Mackoul. “There are several parts to building ordinance, but the one that may be the most important and the most misunderstood is ‘increased cost of construction.’”

That concept takes on crucial importance in the event of significant damage to the building from a covered peril such as a fire. “If the co-op or condo must repair or rebuild the building under current ordinance laws, this portion will pay for the increased costs for the upgrades that are required by code, which are typically not covered under the basic policy and must be added on by endorsement,” says Mackoul. “They could include a sprinkler system or wheelchair ramp access.”

Charles J. Hruska III, president of Hruska Insurancenter Inc., which has offices in Chicago and Mokena, Illinois, also suggests  crime coverage as a phrase that should be in the vocabulary of board members and managers. “There should be crime coverage in case funds are stolen” from the co-op or condo, he says.

For condos and co-ops in geographically vulnerable locations, such as those located on the coasts or in places traditionally susceptible to weather events such as hurricanes, Jon Moller of Brown & Brown Insurance in Ft. Lauderdale, Florida, suggests examining the phrase hurricane coverage.

Along the same lines, Moller suggests searching for the terms calendar year and per occurrence in the community’s insurance policy. The difference comes when multiple claims arise during a year – say, several tropical storms or hurricanes hit. “With ‘per occurrence,’ you pay that large three-to-five percent deductible for every single event,” says Moller. “We try to recommend the ‘calendar year’ option because then [our clients] only pay that major deductible for the first event. They then max their out-of-pocket cost for the year.”

For individual unit owners and shareholders, there are a whole other set of basics and needs involved in their insurance coverage.

One term of which individuals should be aware is additional living expenses, also known as loss of use, says Mackoul. “The association is typically not responsible if an owner’s unit is uninhabitable due to a covered peril, such as a fire. So, the expenses the owner absorbs to live elsewhere temporarily, such as hotel costs or to rent an apartment would be their own responsibility – not the association’s – and is a coverage under a homeowner’s policy.”

A third term, loss assessment, also could save on headaches down the road. “If the co-op or condominium does not maintain adequate coverage in the event of a covered loss or they have a high deductible and assess the owners, a homeowner’s policy could conceivably cover the assessment,” says Mackoul.

In short, it is imperative for residents to dig beyond the surface of their homeowner’s policy and listen to the experts. “We put on a community meeting for all of the associations we insure,” says Moller. “We get into what unit owners are responsible for (in terms of insurance) versus what the association is responsible for. It’s paint on inward for residents and drywall on out for the condo. As unit owners, they need to be aware of what they need to insure. And if they choose to go without insurance, they need to know what they are liable for.”

There are certain types of coverage that every co-op and condo building or community must have – and they should come as no surprise. “The insurances that are required to be maintained, like property, liability, and equipment breakdown are laid out in the bylaws, but there are other policies that may not be required, but that every co-op or condominium building should maintain, such as directors and officers liability,” says Mackoul.

Hruska cites data breach and cyber liability as another of those must-have policies for co-ops and condos. If a board fails to secure sensitive digital information about their residents, and “If somebody does hack you and get your stuff, that’s going to cost you a lot of money,” he says. “You have to notify everyone, pay for a credit watch for everyone, and you have to help them fix everything. People can sue you.”

And cyber breaches do not just happen to large businesses and organizations. “You always hear about Target or Home Depot, but you condo management has your bank account information,” says Hruska. “Some associations collect a lot of private information. If someone throws away that information instead of shredding it, that could be a problem.”

The ramifications of having either the wrong type of coverage or incomplete coverage can quickly become expensive. For example, some smaller communities run only by volunteers or outside management firms may think they have no need for a workers’ compensation policy because they have no workers. However, “If a landscaper gets hurt and the company he works for doesn’t have workers’ comp, that person will turn to the condo,” says Moller. “Getting a ‘workers’ comp, if any” policy will cover the building for this type of situation.”

Moller also cites the example of co-op and condo buildings that find themselves unprepared for the kind of major weather events that seem to pop up with increasing regularity. Buildings or communities that are classified as being in Zone X or areas outside the 500-year floodplain may forego flood insurance. “Because they are Zone X, their mortgages and banks won’t require flood insurance,” says Moller. “But that doesn’t mean a flood won’t happen. It’s always a good idea to have flood insurance.”

Fact is, not having the proper amount or type of coverage in place can become a nightmare. Says Eilert, “In the event of an underinsured claim, or if the policy excluded a coverage which should have been insured, the association would likely have to pay for association claims expenses out of the budget. Many times, this can result in special assessments to cover the unbudgeted item, which can lead to lawsuits. Hopefully, the board has D&O in place to cover the defense of the claim in court.”

Hruska adds, “There’s nothing worse than an assessment. This is where this stuff really matters. People spend so much time focused on price that they’re not focused on what they’re leaving off, and the fact that they’re exposing themselves to thousands of dollars in expenses.”

The importance of understanding insurance – even just the basics – cannot be overstated. And it is something that too often is lacking. “There is no education out there,” says Moller. “It’s up to the agent to get the whole community together and talk about who’s responsible for what, what’s covered, and what policies are in place. It’s really incumbent on the agent to help educate everyone.”

Mackoul’s firm also has taken up the cause of education. “We provide free classes for board members and property managers on different topics, such as who is responsible within the unit in the event of a claim, what to require when hiring a contractor, and a 10-point checklist for boards and management firms,” he says. “Associations like CNYC [Council of New York Cooperatives & Condominiums, in New York] and CAI [Community Associations Institute, nationwide] have seminars regularly for board and managers, taught by professionals, so they should take advantage of the them.”

Finding the right insurance agent also can help ease the stresses involved in knowing how best to approach coverage issues. “Not all insurance agents are created equal, and not all insurance policies are designed to meet the needs of community associations,” says Eilert. “Most underinsured and improperly insured issues can be easily resolved by using an experienced accredited insurance agent who specializes and has been trained to understand the niche business of community associations, their governing documents and governing legislation.”

At his firm’s seminars, Hruska and his team offer to review the individual policies of shareholders or unit owners. It is one way to help people confirm that they have the right coverage in the right amount and to correct the situation before it is too late.

With facts and resources at hand, there are no insurance issues that a board member or resident cannot overcome. And once they have their policies set, there is no better feeling than knowing that their homes and community are protected.

Liz Lent is a freelance writer and long-time contributor to The Cooperator. 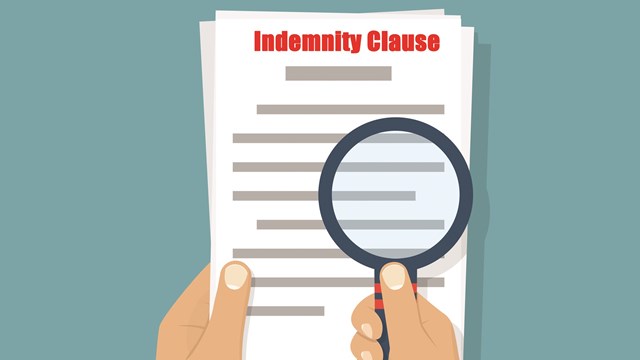 What Your Board Needs to Know