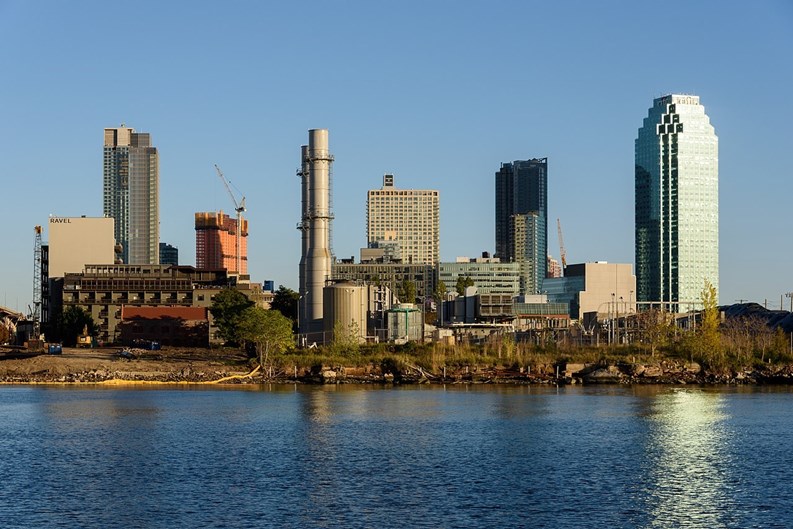 New York Gov. Andrew Cuomo wasn't the only person disappointed about Amazon pulling out of the controversial deal to bring its second headquarters to Long Island City.  The online retailing giant’s surprising reversal on February 14 following tremendous opposition also elicited an unhappy response from New York's real estate industry, which had expected the deal - and it's promise of 25,000 new jobs - to boost home values and sales in the neighborhood.

Eric Benaim, CEO of Long Island City brokerage Modern Spaces, didn't mince words when he told Bloomberg News in the aftermath of the decision: “I think those local politicians, their careers are over. They’re responsible for losing 25,000 jobs.” He also told NBC New York that there had been an increase in real estate business Long Island City last November and December around the time the agreement to bring Amazon HQ2 was first announced, with some Amazon employees reportedly purchasing homes in advance.

Broker Ryan Serhant of the Bravo reality series Million Dollar Listing New York, told CNBC's Squawkbox that Amazon's change of heart had prompted concern from his buyers: "We put, I think, 15 different apartments into contract, purely speculatively, based on the Amazon move. All 15 of those buyers called yesterday, freaking out, saying, 'Should I pull my deposit, can I get it back? Is there an Amazon contingency in my contract?'"

In a statement, John Banks of the Real Estate Board of New York (REBNY) acknowledged the potential losses triggered by the canceled deal, but also reaffirmed the city’s unique status as a destination for commerce and technology.  “New York’s renaissance over the past 40 years has been due in part to our ability to work through difficult issues that have led to record population and job growth and the emergence of our city as a true global capital," he said. "It’s unfortunate that we have lost out on an opportunity to create tens of thousands of jobs for city residents and generate billions of dollars in tax revenue to fund vital services including infrastructure improvements for transportation, schools, and open space. Nevertheless, New York City is still open for business and will retain its status as a world-class center for tech and innovation.”

News of Amazon's planned arrival last year, a deal that was supported by Cuomo and Mayor Bill de Blasio, prompted a groundswell of fierce opposition from community activists and politicians, including Congresswoman Alexandria Ocasio-Cortez and New York State Sen. Michael Gianaris. The main sticking points were the $3 billion in government incentives offered to Amazon, the lack of public transparency around the deal, which was brokered between the company and government largely in secret, concerns over gentrification, and the strain on the subways.

"Amazon needs to get a hold of what they mean to communities, and act responsibility,"  Gianaris told CNBC."When they come in and take over a community like that, the community dies."

Before Amazon's reversal, New York real estate pros saw this deal largely as a positive for Long Island City. Last December, Crain's New York Business reported that listings for home prices in the neighborhood rose 20 percent in the five weeks after the news of the deal broke.

“We were getting a lot of buyers who wanted to come to Long Island City and Astoria, who thought Amazon was going to come," Justin Martinez, an agent for brokerage Nest Seekers International, told NBC News. "My developer friends said after Amazon announced they were coming to Long Island City, sellers wanted 25 percent more for land prices. Buyers were willing to pay the asking price.”

Robert Whalen, Director of Sales in Long Island City for real estate company Halstead, saw reason for optimism. “I've lived in Long Island City since 2007,” he told The Cooperator last year, “so I've seen the pieces that have been leading up to [this Amazon deal] fall into place. I think that it's a fantastic opportunity for the community and investors. If I'm surprised by anything, it's how quick the response has been, and how quickly things have gone from somewhat of a lull across the city to this major New York City real estate moment. While there had been steady interest in the area, some buyers seemed to be uneasy about making the plunge, and I've been pleasantly surprised at the way this news has gotten people off the fence, to make offers, to get contracts out there.”

Amazon's reversal has changed the landscape yet again - and some feel the pull-out is bad for business. Like Serhant, broker Jason Haber of Warburg Realty Partnership told Bloomberg News that about 10 of his clients inquired about the possible impact of Amazon leaving the neighborhood. “We literally just threw the baby out with the bath water,” Haber said. “You want the Rockefellers, the Carnegies, the Bezos' coming to our shores, and that economic growth that comes with them. We’re not setting up New York for success in the 21st Century. What happened today is a real tragedy.”

"Many [recent sellers] will face angry buyers who want to get out of their contract," Andrew Gordon, an agent for Compass, told Crain's in a statement. He worked on behalf of owners who recently closed on selling a condo prior to Amazon's decision.

Still, other real estate experts don't see the canceled deal as a disaster for the neighborhood; in fact, a study showed that Long Island City was already doing fine before Amazon with the addition of new apartments since 2010, and with more housing coming by 2020.  Jonathan Miller of real estate appraisal company Miller Samuel said: “The impact was overhyped, so consequently, the exit will be overhyped.”

David Chiu is an associate editor at The Cooperator. Staff writer Mike Odenthal contributed to this story.

James Turano on Can Co-op Boards Set Unit Prices?:
It is a disgrace by any co-op board who turns down a $250,000 all cash offer for a 3 room co-op that needs total gut renovation of about $50…
Jack on What You Should Know About Sponsor Units:
Get another attorney familiar with co-op rules in New York City
Anthony de Fex on 3 People in Charge of Application Process at Mitchell-Lama Co-op Indicted:
Their criminal case ended recently, but there has not been any reporting of the defendant's sentences. What did they get then?
s on Developer Acquires $18M Site for Mixed-Use Condo in Brooklyn:
How do you get the management and hoa to install security cameras? The front door to my building is continually left open and the back door…
Peter Brandt on EVs in NYC:
Another difficult issue is how to get every shareholder a chance to charge up a car. When one is finished charging up, how do you get that c…