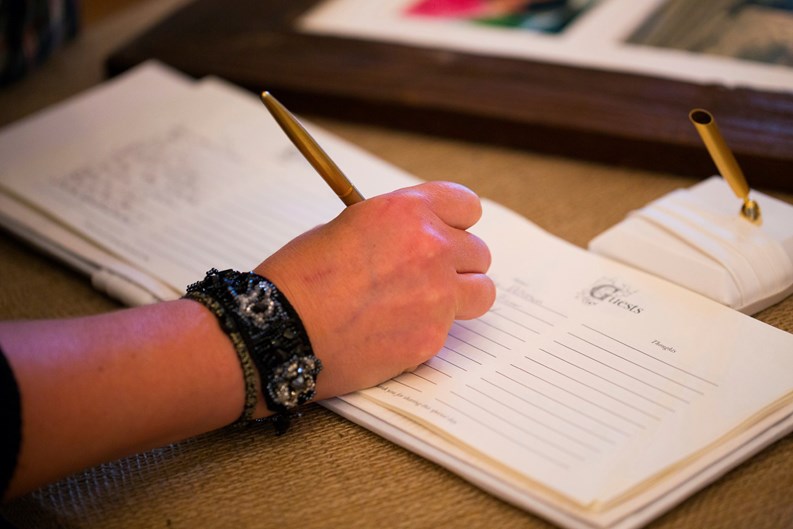 In a city like New York, where even the most profligate among us may shed a tear or two at hotel room prices, the homesharing trend has grown by leaps and bounds, with more co-op and condo owners than ever renting out their units to short-stay vacationers - and pocketing more than a few extra bucks in the process.

Led by Airbnb, homesharing has had a steady ascent over the last eight years or so since the company’s founders stumbled on the idea of renting out residential units in popular vacation destination cities to travelers in town both for business and recreation. As lucrative as the business can be for homeowners, it is also fraught with huge risks, including breaking proprietary leases, breaking state and city law and facing significant uncertainty with regard to issues of insurance and liability.

“Airbnb is very much in play these days,” says attorney Robert Silversmith, a partner with the Silversmith & Associates Law Firm, PLLC based in Manhattan.

The popularity of joining Airbnb as a renter continues to climb despite the fact that it is illegal in the city of New York to rent out a home for less than 30 days—a measure designed to prevent unregulated, 'pop-up' hotels. In October 2014, the New York attorney general released a report saying that nearly three-quarters of all Airbnb rentals in New York City are illegal, according to The New York Times. The focus of the attorney general’s report, though, seemed to center on the idea of illegal hotels versus illegal rentals, perhaps an acknowledgment that some sort of acceptance of the occasional rental may one day come to fruition, something toward which Airbnb and its advocates are working.

For the most part, it seems that people have been willing to turn a blind eye to the illegality of renting through Airbnb, with enforcement only coming into play when a complaint is made to city officials or to a board or management of the condo or co-op. In a small building, for example, where the neighbors all know one another and a fair number are renting out to Airbnb visitors without incident, the practice could go on undisturbed for years.

In other instances, the appeal of neighbors renting out to strangers loses its charm rather quickly. One major issue is one of security. “It’s always very uncertain when you have strangers who you haven’t really screened coming into a building,” says Silversmith. “It makes other residents very uncomfortable.”

In addition, there may be risks for the Airbnb customers themselves. “Residential buildings are not really designed as hotels,” Silversmith says. “Hotels have certain safety features in them that regular buildings may not have.” These include fire alarm systems or evacuation plans for the building as a whole.

Despite the fact that participating in Airbnb may mean a lot of trouble for unit owners, sometimes the financial rewards are so great—or so needed—that those troubles go ignored. In these instances, it’s also important to consider the liability risks involved. What happens if something goes wrong, and who's ultimately responsible for making it right? These are important questions that homeowners need to understand before posting their apartment profiles and stocking up on guest towels.

The first hurdle is a big one: homeowner’s insurance policies are not designed to cover business enterprises, says F. Michael Conte, a partner with Honig Conte Porrino Insurance Agency Inc., based in Manhattan. Should something go awry—an injury, say, or serious property damage as a direct result of the renter's presence in the unit—the questions quickly becomes whether or not the insurance carrier will respond to or deny the claim. “Some will, some will grudgingly, and some will not cover the claim at all,” Conte says.

Kenneth Porter, principal and co-founder of the sharing economy insurance firm Porter & Curtis, LLC in Media, Pennsylvania, says, “There are significant implications, because the personal liability part of homeowner’s policies typically excludes or restricts coverage for business activities,” he says. “That may leave the insured exposed, and as a consequence create additional liability exposure for the condo or co-op.”

To clarify, “[Because] it's considered a business activity, the typical condo and co-op homeowner form excludes liability coverage for renting, except under the following circumstances: first, the rental is on an occasional basis or second, the occupying family takes in no more than two boarders.” The caveat on item number one is that the term “occasional” is not defined, opening it up to a broad spectrum of interpretation by underwriters, unit owners and attorneys.

The difference for underwriters in insuring a hotel versus an enterprise like Airbnb comes down to statistics and risks. “Insurance prices are statistically driven,” says Conte. “They look at how many risks there are and what the severity is. A carrier that is insuring a hotel will price it to that exposure. The contract forms are basically the same, but it’s a matter of pricing that risk.”

Unfortunately, the uncertainty that surrounds Airbnb practices translates into similar uncertainty with insurance coverage. The temptation for some unit owners may be to quietly go about their rental business without informing their insurance carrier or broker. “People think they can just not reveal exposure and everything will be covered,” Conte says. That is not always the case.

Honesty may well be the best policy in pursing proper coverage. A broker might say, “We have identified an underwriter who will entertain this exposure—it’s a little pricier, but you’ll have protection,” says Conte. While costs might be higher out of the gate, they occur because of the uncertainty of the risk involved. “If you rent to an Airbnb guy, he may show up with a bull mastiff” and wreck the apartment, says Conte. “It’s uncontrolled risk exposure because you just don’t know what you’re getting.” That added cost may well pay off in the long run. At the very least, it should make it easier for unit owners to sleep at night.

When it comes to the liability risk faced by the building as a whole “the unit owner bears the brunt (of that risk) by bringing persons into play,” says Silversmith, meaning the unit owner who brings the unknown risk into the building in the form of a renter is the one putting the wheels of liability into motion. Therefore, the majority of the risk falls on his or her shoulders.

As difficult as it may be to broach that issue, it may be a necessity to protect the rest of the building’s residents, both from the risk of unknown guests and the risks of having an insurance policy terminated for the whole building. “On the building level, the contract wording would not exclude the claim of someone falling in a hallway or common area, who is an Airbnb customer,” says Conte. “If the underwriter becomes aware of it, however, they can ban it. Or double the building’s rates.” Whatever the specific response of the underwriter, it is almost guaranteed to cause some sort of an issue with future insurance service.

Airbnb itself tries to mitigate risk for those who join its service. Airbnb’s Host Protection Insurance “provides hosts (lessors) with $1,000,000 of general liability insurance protection for stays occurring in the United States,” says Porter.

The problem, says Conte, “is that the host liability is secondary, which means it kicks in after homeowner’s policy pays out. It’s not primary.” While some secondary policies take effect at 'dollar one,' “Others kick in [only] after out-of-pocket costs,” says Conte. “The wording of the policy will dictate when it kicks in.”

In order to mitigate risks for the lessor, “the lease agreement should require the guest to defend, indemnify, and hold harmless the lessor, owner (if subleased), and condo or co-op, for any and all liability arising from the leasing (or subleasing) arrangement,” says Porter. “In addition, the lessor should secure liability insurance covering their rental operations.”

It is a lot to consider for a young couple in Brooklyn who just want to help cover their mortgage costs by renting out the sofa bed for a few nights each month and it is a lot to consider for boards who want to keep their residents happy. The important thing to remember is that money is changing hands, meaning it is a business. “If you want to go into business, you want to go in with your eyes open,” says Conte.

With Airbnb transactions still illegal in New York City, it is imperative to consider the risks versus the rewards.

Perhaps the growing popularity of the service is enough that boards should consider proactive communication with their unit owners or shareholders. While Airbnb does encourage potential hosts to familiarize themselves with state and city laws, boards also can remind their residents of the potential trouble they face should anything go wrong. The profits may be appealing, but the long-term costs can quickly outpace them—something anyone ready to jump on the Airbnb bandwagon should consider.