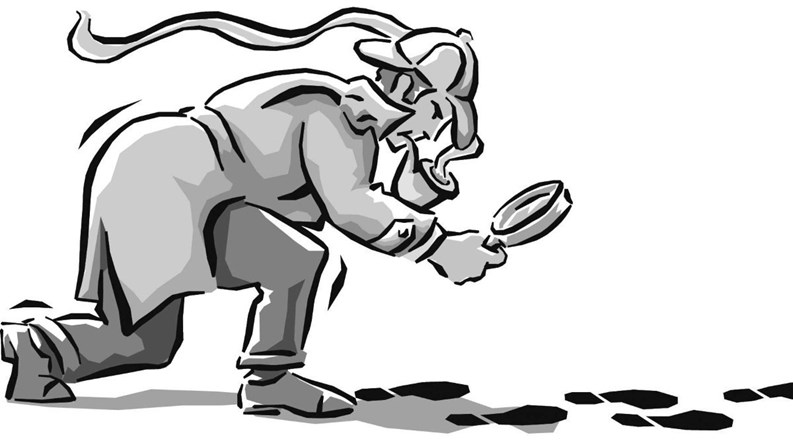 So your condo or co-op’s management company is getting ready to hire a new service employee. It could be a doorman, it could be a maintenance man, it could be a swimming-pool supervisor. Is this a simple process, or a complicated one? And, above all, how much security is needed in a given position within your building or HOA? Is checking a few references enough? Or, in this day and age, is a rigorous screening process necessary—especially because residents’ security and privacy may be at stake? Or does it depend on the job—and the size of the development?

What are the most commonly used methods of employee screening? As with most jobs, checking references is a must, but the techniques vary.

And in the case of applicants who hail from foreign countries, many buildings and associations will want to make sure of the applicants’ immigration status and whether they have the legal right to work in the U.S.

What “red flags” should an employer look for in an applicant’s work or legal history? Many of these are the same ones any employer hiring for a position requiring a great deal of trust and self-supervision would look for. For example, says Barry R. Manus, founding principal of BRAVO Human Resource Services, Inc., in White Plains, employers should take notice of gaps in an applicant’s employment and inquire about them. There may be a totally rational, benign explanation—the applicant may have been laid off, to name one common example, or they may have gone back to school. The answer may be quite simple, but it’s still important to make sure the applicant can readily account for the gap.

Also, if an applicant skips an important item on his employment questionnaire—such as a question about previous criminal history—it could be a deliberate omission, and requires some questioning.

“In addition, inability to verify educational degrees is common,” says Manus. “More people lie about that than any other piece of information. The second most common lies are about their dates of employment.”

There’s yet another “red flag” that many people would never even think about in this day and age: How is the applicant dressed?

“Casual is OK if it’s acceptable on the job, but a lot of jobs require a suit and a tie,” says Andrew Aaron, a former Manhattan employment firm employee. “If that person wearing a suit and tie doesn’t look comfortable in it, it may be that he’s uncomfortable in a suit and doesn’t often wear one.”

What Can You Ask?

Let’s talk about the interview itself. What kinds of questions should an employer ask an applicant? What kind of information can you ask for, legally?

Of course, it depends on the job. Consider the doorman. How he gets along with people is extremely important. Also important is whether he has the stamina to stand for long periods of time.

Maintenance people have to know what they’re doing, whether he or she is a member of a union or not. “He should know any number of small repairs, minor plumbing, minor electrical. There’s a good chance someone is going to have a leak on a Sunday night, before a plumber is available,” says Aaron.

An employer, such as a large condo management company, that operates in several states could run into problems just keeping track of which regulations apply where. However, the problem is not insurmountable.

For example, "Kroll's Employment compliance library tool was designed to provide employers with each state's requirements regarding employers' use of applicant arrest and conviction records," says Scott Viebranz, chief sales officer with the background screening division of Kroll, a risk consulting company headquartered in New York with offices in more than 65 cities in over 25 countries. "It also includes any restrictions states may place on the ability of employers to inquire about criminal history in employment applications."

He adds that in order to obtain accurate and actionable results during the background screening process an organization should, at minimum, ask for date of birth, Social Security number and drivers license number (at the applicant’s discretion.)

But what if the applicant, especially one who is otherwise well qualified, does have a criminal record? Should that employee immediately be disqualified, or are there mitigating factors? Some infractions, such as minor traffic violations, can be ignored—but what about others?

“The employer,” says Manus, “must weigh the type of conviction to what the job is responsible for doing. For example, a conviction for breaking and entering would probably give the employer the ability to deny employment to someone looking to be a superintendent or a doorman.” However, you should still check with your legal counsel before taking such a step.

Finally, if convictions occurred many years ago, they carry less weight. Look at the applicant’s work history since he or she committed the infraction.

Service Employees International Union (SEIU) Local 32BJ, which represents building service unions in six states from Virginia to Connecticut, has its own point of view. Speaking specifically about New York State, where the largest number of its residential employees live, communications director and union spokesman Matt Nerzig says, “It is the policy of New York State to give ex-offenders a fair chance to return to employment. We strongly agree with and support that policy.”

A prospective employee’s credit rating is also something that should be ascertained and then assessed, says Wurtzel of Cooper Square. Drug testing is another controversial topic. When should it be used in the hiring process, and is random drug testing after hiring process is done?

Pre-employment screening is fairly commonly used, typically within a few days of the job offer—so applicants won’t have time to get the drugs out of their system if they’re “using.” At times, an employee who’s already on the job is tested for drugs after some sort of accident or because he or she suddenly, after a period of good work, starts slacking off and gives the appearance of being an abuser of drugs or alcohol.

Aaron, the former employment counselor, believes that how the employee is treated can depend on the type of drug involved. Of course, some people don’t agree with this distinction—and Aaron is quick to point out the danger that drug abuse can pose to a development. “If you have an employee who’s a regular drug user, there’s a good chance he’s also a part-time dealer,” he says.

However you screen employees, you should remember according to federal statistics from the U.S. Department of Health and Human Services (USDHHS) Substance Abuse and Mental Health Services Administration (SAMHSA), up to 65 percent of all work-related accidents can be linked to substance abuse, and drug users are more than three times as likely to be involved in a workplace accident, according to risk and insurance solution website IRMI.com, and emphasized by Viebranz. And, he adds, approximately 77 percent of drug and alcohol abusers are employed.

If your management company doesn’t do its own employee screening, there are firms that specialize in it. You can just look in the yellow pages or on the Internet. Manus says that they often work online—the employers gives them information about the prospective employee, and then the screening firm searches various databases and government records. In these cases, the applicant has to give written permission to have the background check performed.

Viebranz points out that Kroll goes straight to the primary source—courthouse records. "If you rely on databases," he says, "you may be using outdated information." He adds that a good screening firm will advise you as to the varying results returned by different services. For instance, even though motor vehicle violations are often minor, a pattern of not showing up in court or suspended licenses would reveal something about that applicant's character.

"All in all," says Viebranz, “Employees working within the real estate industry are, in many cases, trusted to value the safety of residents’ valuables, their sensitive personal information and their physical security, not to mention the integrity of the property at large. Whether an employee acts as the gatekeeper to residents’ property or is responsible for entering individual properties for maintenance purposes, you can reduce the likelihood for unsavory employee acts with a robust screening program that allows you to identify which job candidates have objectionable histories.”

Once service employees are hired, of course, that’s not the end of the story. At Cooper Square, to give one example, employees are trained on how to deal with out-of-the-ordinary circumstances, such as emergencies and resident issues, says Wurtzel. They also receive written job descriptions that are sometimes revised, modified and reissued.

The firm even has its own "Learning Center," a facility where property managers, building staff, owners and board members can learn about the technical aspects of property management. The center, located in the company’s main office, has 17 workstations.

Often, such training can also be offered by the union. Local 32 BJ, says Nerzig, offers its members a wide variety of courses and seminars, including communications, conflict resolution, ethics and security.

One way staff can be sensitive to residents’ needs, especially in big-city buildings, is not to let door-to-door salesmen into the building. They also, of course, have all visitors sign a book.

When the Cops Come Calling

Most employers, if not all, have work rules that prohibit staff from giving out information about residents. Of course, there are some exceptions—like, if police officers investigating a crime present identification and ask questions about a resident.

But chances are your employees will rarely have to deal with this situation, "Law and Order" notwithstanding. And, says Aaron, "Your confidentiality agreement will usually cover that situation anyway."

To take this train of thought a step further, Manus says that it should be "a part of the policy of the organization, that employees are expected to notify property management when they are aware of illegal or suspicious activity." After all, such behavior is ruining things for the other property owners in the development.

Doormen in particular, especially in big-city developments, are your eyes on crime. They shouldn’t let anyone in unless they know who the visitors are, and should maintain a sign-in sheet.

If there is no doorman, such as in many suburban developments or in smaller city buildings, the board should definitely install cameras in sensitive areas. Many management services offer a "virtual doorman," with staff watching the cameras at an off-site location.

No matter what their jobs are, staffers will often need refresher continuing-education courses and seminars. Many management companies, such as Cooper Square, offer refresher and retraining courses. Even those who don’t, says Manus, will usually pay for it.

And, of course, Local 32BJ offers courses ranging from carpentry, electricity and plumbing to customer service and presentation skills.