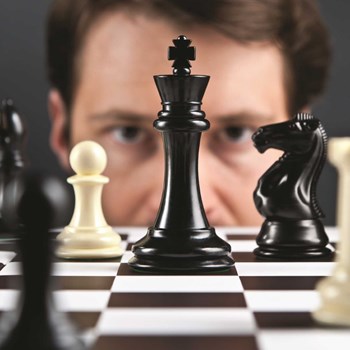 There’s nothing worse than being a unit owner in a building and seeing someone on your board breaking a rule and seemingly getting away with it.

Some board members believe that they are “above the law” so to speak, and seem to be operating under a different set of rules than the rest of the building. This could be anything from giving themselves preferential treatment for parking spots, flouting pet rules, fast-tracking their own alteration projects or voting on financial matters when they themselves are in arrears.

Marc H. Schneider, Esq., the managing partner of the law firm of Schneider Mitola LLP, with offices in Garden City and New York City, has seen his share of board members try to get away with things, and he does what he can to help right the ship.

“I have seen instances where somebody will say ‘you’re seeking to enforce this provision against me, but Board Member A is not being asked to comply with this rule,’” says Schneider. “When it comes to house rules like carpeting—I’ve seen cases where somebody will say ‘but Board Member A doesn’t have 80 percent of their floors covered so why should I?’ I always caution boards that you cannot selectively enforce your governing documents. In most cases I find that board members follow their bylaws. Have I ever seen a board or board member not follow their own bylaws? Of course I have.”

“I have certainly seen cases where board members have a tendency to think that they should not be bound by their own bylaws,” adds Jeffrey M. Schwartz, a managing partner with the law firm of Wolf Haldenstein Adler Freeman & Herz LLP in New York City. “But I’d prefer not to get into specifics.”

Rogue board members are awful for building morale, have a corrosive effect on residents’ confidence in their board, and can cause a myriad of problems. For example, in Florida, there’s a law that if a board member is 90 days past due on his or her assessments, they are no longer eligible to serve on a board. Many New York real estate professionals would like to see a similar law enacted in New York City.

“There are times when a board member tends to think that they are in a position of power rather than one of responsibility and they tend to have a flagrant disregard for the rules and regulations of the community,” says Kelly Ann Vickers, LCAM, the senior business development manager of KW Property Management & Consulting with offices in New York and Florida. “These situations are far more difficult to manage as a result of the high level of emotion that can be involved and any guidance from a licensed community association manager or a management firm will be viewed as confrontational and personal.”

“Board members generally try to follow their own bylaws,” says Attorney John J. LaGumina of The LaGumina Law Firm, PLLC, in Purchase, New York. “Problems sometimes arise in how to interpret the bylaws. For example, some board members have used proxies at board meetings thinking such was proper. The bylaws don’t expressly state that proxies cannot be used at board meetings but, if you read the entire bylaws, you’ll see that proxies are really only good to use for annual meetings rather than for board meetings.”

In a black-and-white world, a board member shouldn’t be held to any higher standard than any other unit owner in terms of their obligation to follow rules, but in real life, they must be to keep things running smoothly. If not, unit owners get upset and all of a sudden it undermines a board’s authority and it makes them wonder what else they can be doing wrong—like possibly embezzling—it creates a firestorm of problems.

“As an officer and or director of the association a board member is required to discharge their duties in good faith with the same level of care and consideration an ordinarily prudent person would if in a similar situation, and in a manner which represents the best interests of the association,” says Vickers. “This fiduciary responsibility that they agree to undertake encompasses care for the financial health of the community as well as the health of the physical structures and common elements and areas.”

In one building that Vickers managed, board members from the condominium association were participating in several questionable practices, such as voting on a budget without having a meeting or presenting the proposed budget to the membership before they voted on it, refusing to allow members to speak at meetings, and allowing a board member to keep more than the maximum number and type of pets specified in their own documents.

“In instances such as those, it’s important to recognize that they have not had access to guidance from a knowledgeable licensed community association manager or management firm who can caution them on the statutes,” says Vickers, “Or emphasize the importance of implementing the golden rule of being fair and consistent in applying the rules to all members of the community.”

Board members who break rules may do so out of a feeling of superiority or it may just be in their nature and they think they can get away with it.

“A board member should not be treated any differently,” says Schwartz. “If you or your status on the board could result in treatment that’s different because there is a rule that has been broken or some other type of violation your legitimacy is questioned. You shouldn’t expect to be treated differently because you are on the board.”

“The difference is that a board member can be sued for their actions and sometimes they can be sued for their inactions,” says Schneider. “There is liability when you step onto a board—you take responsibility and we know now the insulation that you get from the business judgment rule only goes so far and there are certain instances where a board member can be held personally liable for their actions. For example, if you discriminate against somebody’s race, color, creed or religion. That type of action while you may in many cases the things you get sued for as a board member might be covered by Directors & Officers insurance there is no insurance policy that will cover against discrimination. Everybody needs to understand your right as indemnification as a board member has certain limitations.”

Without question, unit owners expect board members to lead by example and comply with the same rules and regulations all unit owners abide by. To do otherwise breeds distrust in the board and lowers the morale of a community.

If a unit owner sees a problem they should contact the managing agent or property manager and complain about the board member’s infraction.

If unit owners suspect fraud they should attend board meetings to follow the issues, speak up at owners’ forums at a board meeting or write the board and management raising issues of concern.

“The most common thing they do is petition to have the board member removed. That’s the cheapest route,” says Schneider. “You need a certain requisite percentage of the unit owners or share holders to sign a petition that gets presented to the board and then a special meeting would have to be called. The other thing they can do is to bring a lawsuit against the board member or the entire board. I tell board members that if one board member is doing something wrong when the lawsuit comes they probably won’t sue the one, they’ll sue everybody. As a board, if they see a board member doing something inappropriate they should get their counsel involved as quickly as possible to get the situation rectified.”

Then of course the easiest course of action against a board member breaking rules is to simply campaign against them in the next election and make sure they don’t get their position back.

One of the best ways to make sure everyone—board members included—is on the same page is to have a good set of rules with all procedures in place such as a complete set of documents for suspected rule violations as well as guidelines for disputes such as arbitration or mediation.

Keith Loria is a freelance writer and a frequent contributor to The Cooperator. Staff writer Christy Smith Sloman contributed to this article.