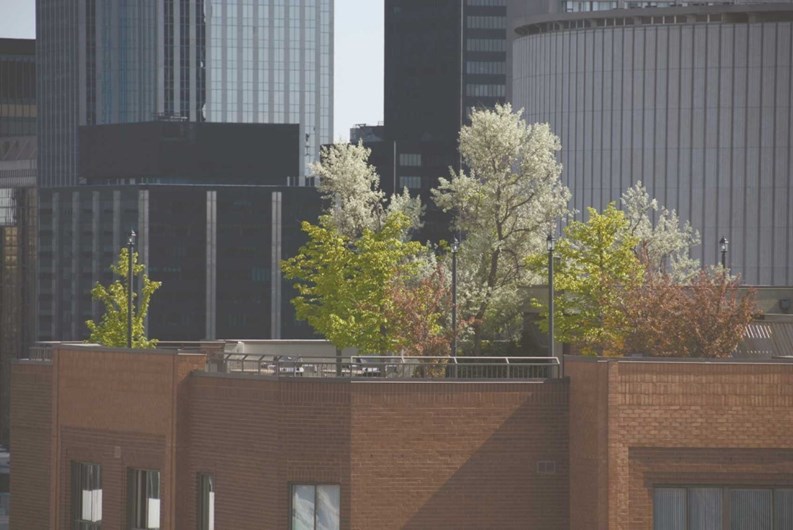 Since first taking office, Mayor Michael R. Bloomberg has made environmental  protection and preservation something of a personal mission. Eco-advocates have  applauded his ambitious PlaNYC initiative with its goal of cutting the city’s emissions and cleaning up its air and waterways, including making 90 percent  of New York City’s waterways suitable for recreation.

Part of Mayor’s sweeping plan also involves installing sidewalks and parking areas paved with  more porous concrete designed to capture excess rainwater and runoff. The  proposed green surfaces would eliminate 40 percent of the existing runoff into  the area's waterways and are projected to save taxpayers $2.4 billion dollars  in clean-up costs over the next 20 years.

On top of all that—literally—the PlaNYC initiative is also encouraging both commercial and residential NYC  buildings to ‘green’ their rooftops by incorporating plantings, solar arrays, rainwater collection  points, and other eco-friendly elements into space that is usually left bare  and unexploited.

“We have about 1.5 billion square feet of roof, and a lot of it right now is a  tar desert,” says Laurie Kerr, senior policy advisor at the mayor’s Office of Long-Term Planning and Sustainability. “For people who want to use that rooftop space for urban agriculture, for green  roofs, for “blue” roofs [to encourage water reclamation], passive or active recreation, even bird  habitats, it’s important that we do what we can to make that feasible.”

The city currently does just that by providing an incentive for buildings that  add green roofs, providing of course they get the proper permits beforehand and  pass inspection once finished. “The Green Roof Abatement tax reduction program was signed into law in 2008,” says David Bragdon, head of Long-Term Planning and Sustainability in the mayor’s office. “The abatement is $4.50 per square-foot of green roof.”

A green roof is the addition of a growth medium and a vegetation layer of  drought resistant and hardy plant species. Studies have shown that green  rooftops can cut heating and cooling costs for buildings, as well as reducing  outdoor temperatures and reducing CO2 levels. Surface temperatures on buildings  with green roofs are up to 30 percent lower during the daytime in the summer  than they are on those with conventional roofs.

“The great thing about green roofs is that you can capture several different  environmental principals or strategies with one move,” says Gita Nandan, a board member with environmental advocacy organization  GreenHomeNYC. “In the summer months it can protect your roof from the sun beating down upon it,  but it also provides more oxygen to the air, provides a habitat for different  insects, creates biodiversity and is a great method for storm water retention.”

Bragdon adds that in the city, green roofs can absorb as much as 70 percent of  the rain that might otherwise overwhelm the city’s sewage system during heavy downfalls and run directly in the East River, the  Hudson River and New York Harbor.

Is it Easy Being Green?

According to Jennifer Gilbert, a spokesperson for the New York City Department  of Buildings (DOB), currently there are 17 buildings that may be eligible for  the tax abatement in 2011 if their building’s green roof is finished and ready for inspection by March 15.

While that number isn’t large, it's definitely an increase from the few that took advantage of the tax  help in 2010—and it’s a sign that more buildings are becoming aware of the program.

Kate Zidar is a coordinator with the S.W.I.M Coalition, an organization that was  involved in the original discussions about the green roof incentives. “We recommended the incentive and have watched it grow through the legislative  process,” she says, “but what we learned is that only two projects have received the credit so far.  One of our policy initiatives this year is to form a green roof tax credit  committee and try to reform the credit.”

Others in the know agree that simply planting some shrubs on your roof and  reaping immediate benefits for your efforts isn't as easy as it sounds. The  problem is that green roofs are expensive—even with the tax credit—and a building is required to put up all the costs upfront. Zidar explains that  the green roof tax credit can be tough to obtain and for a small-sized roof, it  can cost as much to pursue the credit as the credit will return to the  building.

Many buildings that are greening their roofs for recreation and energy-saving  purposes are still not getting the tax incentives because it’s not worth the time or money to navigate the bureaucratic system to qualify,  says Zidar. “A building permit is not required to actually install a green roof,” says Zidar, “but in order to qualify for the credit, a building permit must be granted. And  since the cost of applying for a building permit is so high, for most building  owners it ends up not being worth the money and time lost waiting. In order for  it to be a realistic incentive, the tax abatement needs to either provide more  money, or the permit proc  ess needs to change.”

“It’s true that there is a little bit of difficulty to be fully permitted and a lot  of people doing retrofits are not getting permits,” Nandan agrees. “Unless you get a permit, you can’t get a tax incentive. With newer buildings, it’s easier to get a permit.”

The S.W.I.M. coalition recently sent out a survey to its members to get a better  understanding of what people thought about the green roof initiative, and  according to Zidar, the responses were very telling.

“A big part of the reason for doing it was that we thought we could offset a  decent amount of the increased costs via the tax credit,” wrote one respondent. “If we’re going to lose half or more of that credit because of filing fees/costs, then  this benefit ceases to really be a benefit. In addition, from a psychological  perspective, when the city and green roofers promote this as an incentive to do  a green roof and then you learn the facts, it creates a very negative attitude  towards green initiatives.”

Another respondent, reports Zidar, replied that “the tax incentive is not practical for small-scale green roof installations. The  tax abatement would have given us a $3,600 rebate. Most architects, engineers,  and expediters quoted $2,000-$3,500 to go through the process, even though we  had done drawings and already done most of the legwork. In addition, we were  told that a modular system might not qualify for the credit, making that  up-front cost of hiring a filing professional quite a gamble.”

Still, Zidar is optimistic that things will be better in 2011.

“We have a growing industry of green roofers in New York City, which is good,” she says. “We have the basic structure of a credit. It’s something that can get approval and has a basic level of acceptance, but we’re hoping it will be refined to work a little bit better.”

Getting the Green Roof in Place

Nandan is also an architect, and her firm is currently involved in a number of  green roof projects. Again, greening a building's roof involves more than  simply piling dirt on the rooftop and sprinkling seeds on it. “The first thing that needs to be done is to ensure the structural integrity of  the building,” she says. “A green roof can weigh anywhere from 10 pounds to 50 pounds per square foot,” and that has serious implications for the underlying structure. Overloading a  roof can lead to leaks, weak points, and even collapse (as recently reported in  one Chicago-area building).

There is also the issue of cost to consider. Installing a green roof can cost as  much as $40 a square foot to install in the city. While the environmental  benefits of green roofs are real, the process can take anywhere from 1 to 3  months, depending on the complexity of work to be done. (A full list of what is  required for the tax abatement can be found on the DOB’s website.)

Another issue affecting green roofs concerns the various building codes that  govern the city's buildings. The DOB must then ensure that whatever work is  done won’t cause the roof to collapse and there also needs to be proper access for the  fire department in the case of an emergency. The mayor’s office is currently working to make sure that the government gets out of the  way of people’s attempts to be green.

“People want to put greenhouses on buildings, however there has been a limit of  the square footage that can be covered,” Kerr says. “We created a task force that has looked at code issues to put urban agriculture  on the roof. We are working with the city council to remove any impediments.”

Although not a component of the green roof initiative, there are incentives  being offered in New York City for buildings that add rooftop solar panels. To  help jumpstart the rooftop solar panel industry, several incentives are  available to help offset some of the costs of the installation of the  photovoltaic panels (PVs).

“These help buildings become more energy efficient and can largely reduce monthly  utility bills,” says Terry Sanders, a spokesperson for the New York State Energy Research and  Development Authority (NYSERDA). “[We] offer a PV Incentive Program (PON 1050) that provides a cash incentive  program equivalent to $1.75 per watt up to a maximum of 50 kW per site/meter.”

The federal government is also trying to do its part. Most recently, Vermont  Senator Bernie Sanders introduced the “10 Million Solar Roofs and 10 Million Gallons of Solar Hot Water Heating Act of  2010” to encourage the installation of 10 million rooftop solar panel systems over  the next decade. That bill is still being considered.

With the current tax abatement scheduled to end in 2013, it doesn’t appear as if the plan to reward those for going green will have had much  effect by that time. However, with more buildings aware of the credit,  organizations fighting to make it better and architects and designers stressing  its importance, New York City may soon shine green from above. 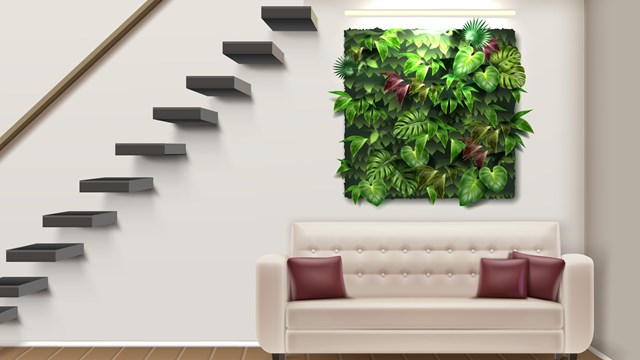