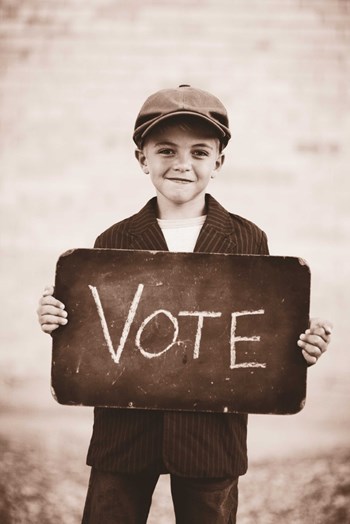 When it comes to running board elections in a condo or co-op community, the  biggest concern among those involved is making sure the elections are fair and  balanced and nobody has a reason to cry foul. Elections can be heated as it is,  so the voting process should run smoothly and without any hiccups.

One of the most frequent dilemmas communities face is actually getting anybody  on to the ballot in the first place. “Robert Tierman, a partner with Litwin & Tierman, P.A., with offices in New York and New Jersey, remembers one co-op  that had a problem of getting shareholders who actually wanted to run for a  position on the board of directors. “This led to there not being an election; whoever wanted the position just got  it,” he says. “The board was not fully constituted and there was a vacancy for a whole year. No  major issues resulted from the situation but the board was less efficient and  effective.”

So is the term ‘fair election’ an oxymoron? Although unfair elections—where there have been broken voting machines or improper ballot counting—make front page news, the truth is that it’s not common for elections to be unfair, at least technically speaking. On the  other hand, it’s pretty easy to have a fair election for a co-op or condo board if these few  basic guidelines are followed.

Check the bylaws to find out how often your elections should be held, and when.  Typically, elections are held annually and owners must be given notice of when  they are eligible for nomination and the date of the actual election. “New York law requires that an election be held each year,” says Aaron Shmulewitz, partner at Belkin Burden Wenig & Goldman LLP in Manhattan. He adds that the majority of buildings have all seats  up simultaneously but a small minority have implemented staggered terms in  which only some seats are up each year. “A staggered term system is viewed as maintaining continuity and “institutional memory”—it prevents the entire board from being swept out at one time. Creating a  staggered term system would require a vote of apartment owners, whether in a  co-op or a condo,” he explains.

Residents may also have the option to organize their own elections, if the board  neglects to do so. “In a co-op, New York State law provides that if an election is not held for 13  months, shareholders (only 10% are required) can demand a special meeting of  the shareholders for the sole purpose of holding an election. It is a very  simple procedure,” Shmulewitz says.

He also explains that each co-op shareholder or condo unit owner can be allowed  to cast the number of votes allocated to such owner for a number of candidates  equal to the number of board seats up for election. He also explains that as an  alternative, some co-ops allow what’s called cumulative voting, where shareholders can multiply the number of votes  they have times the number of board seats up for election and then distribute  the total among one or more candidates of their choosing. Although it sounds  confusing, the bylaws are a great instruction manual to having a fair election—so reading them, understanding them, and applying them to elections provides a  virtual road map through the process.

Gibbs' company was actually founded by Theodore Roosevelt in 1909. “He started this association because he wanted to have honest and fair elections  and it’s what I go by,” says Gibbs, who runs elections for co-ops, condos, unions, associations and  some counties. “I’ve worked on terraces if the lobby is too hot, a local school or church if the  building doesn’t have a place to hold an election—even in a laundry room.”

It’s definitely not a fair election if the people aren’t there to vote, so make sure to spread the word that it’s taking place. Communication is key in both spreading the word as well as  encouraging participation, in voting and running. “Constant communications make for a more harmonious, cohesive group, which, in  turn, makes constituents more likely to want to participate,” says Shmulewitz.

Once the word has been spread, it’s time to vote. “How we do the voting depends on the election,” says Gibbs. “We can do a machine vote, touch screen, scanners or paper—it all depends on the building and the community.”

Not everyone can make an election but they still want their votes to count and  that’s where the proxy comes in. “A proxy is a written instruction from an apartment owner who cannot attend the  meeting in person, as to how his/her votes are to be cast at the meeting. There  is no substantive difference in proxies as between co-ops and condos,” says Shmulewitz. Usually co-ops and condos provide a form for this that is  distributed to apartment owners in advance of the meeting. The goal is to get  enough apartment owners voting by proxy to supplement those actually attending,  and yield the majority necessary to conduct the election.

Proxies are revocable, which means the unit owner can change his or her mind,  and they expire after eleven months. “Proxies are sometimes difficult for shareholders to understand,” says Gibbs. “In my opinion, it’s always been a hassle with them because people complain that others have gone  out and gotten proxies. Any proxy will hold up in court, even if you wrote it  on toilet tissue, as long as the property lease owner is in the apartment. They  can always designate someone to vote for them.”

With all the ballots and proxies in, it’s time to tally up the votes and see if John Q. Smith won a seat on the board of  directors.

Companies like Gibbs’ can do the counting or, says Tierman, “The co-op or condo president appoints two or three inspectors of election, who  are asked to sign an oath indicating that they will count the votes honestly  and fairly. It also is a good practice for the ballots to be sealed in an  envelope or the ballot box, with the seal broken and the ballots removed only  under the supervision of the inspectors of election,” he says.

Well not really. Typically recounts are not demanded or conducted unless a small  number of votes determined who was elected or there is some suspicion that the  count was not properly conducted. “An apartment owner can seek court review of the count or any other aspects of  the election by filing a petition with the court within four months after the  election,” says Tierman. “Typically, apartment owners controlling 25% of ownership interests can demand a  special meeting to vote on the removal of one or more board members.”

Taking legal action is an option but not recommended. “In a worst case, they can sue the persons elected and seek to overturn the  results of the election in Court. However, that is time consuming, expensive,  and is likely to paralyze the co-op or condo with divisiveness,” says Shmulewitz.

Like fingerprints and snowflakes, every election is different and unique and can  bring with it a host of excitement and problems. Tierman tells the story of a  Manhattan co-op where a board member was indicted for allegedly committing a  financial crime unrelated to the co-op. The board asked him to step down and he  refused. “Since the annual election was approaching in several months, the board decided  not to call a special meeting to remove him,” says Tierman. “The annual election approached and he insisted on running for re-election. There  was no provision of applicable law or the co-op's bylaws that prohibited his  running.

The board member said he was unfairly accused and should be deemed innocent  until proven guilty. The board removed him from the board-nominated slate but  they were uncomfortable knowing that he could still be re-elected. “The board advised him that if he did insist on running, they would have no  choice but to disclose to shareholders prior to the election, that he had been  indicted. At the meeting, he finally saw the light and withdrew his candidacy.  The lesson is that the board concluded that the only way to deal with the  situation was to let them decide whether to re-elect him in spite of the  indictment.”

“There are lots of challenges,” says Gibbs, who conducted a very highly-contested election where there were  more proxies than people. She cites another election where it was claimed that  the whole board was crooked. Overall, Gibbs says “there’s a lot of integrity for those people who are running for the board and those  who are monitoring the election.”

Just as in a national or state election, one person’s vote might mean the difference between having a policy enacted or a new board  put into place. Cast your votes wisely and be a part of the democratic process  in your building community.

Lisa Iannucci is a New York-based freelance writer and a frequent contributor to  The Cooperator. Maggie Puniewska is an editorial assistant at The Cooperator  and other publications.