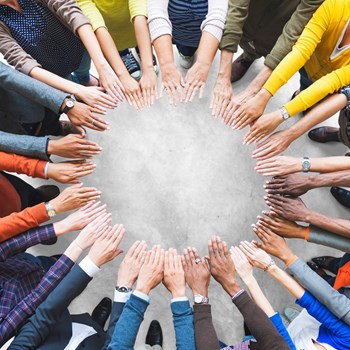 A democracy fares best when it is proportionally representative of its constituents. For all intents and purposes, the board of a condominium, cooperative, or homeowners’ association is a democratically-elected entity, and as such, one could argue that it should strive for proportional representation of the residents it seeks to govern.

That said, a key difference between holding public office and holding a board position is that fewer people are clamoring to do the latter. Board members are almost always volunteers who are taking time away from their careers or families to serve the interests of their association, and the job requires a great commitment for arguably less reward than one would find in a political career. Looking for a contender to fill an open board slot can often be slim pickings, in which case the first warm and willing body to take the role sometimes just has to do.

This all raises several questions: How important is it for a board to accurately represent the demographics of its owners or shareholders? How likely are boards across various markets to be adequately representative? Who is most likely to run for board positions in general? Who is best positioned to encourage increased board diversity, and how can they go about it?

In order to frame the discussion, it’s worth reviewing what diversity means today, and how the term has evolved over time.

“Fifty years ago, when people in the U.S. spoke of diversity on corporate boards of directors, they were likely most commonly referring to either race or gender,” says James Erwin, founding partner of Erwin Law, LLC, in Chicago. “Now, the term encompasses a significantly broader spectrum of factors: gender identity, socioeconomic status, religious affiliation, sexual orientation, political affiliation, and age, among others. Associations are managed by boards, and the directors that sit on those boards should consider these diversity factors in their management decisions.

“The larger an association, the more likelihood that diversity will play a role in the operations of the association,” Erwin continues. “For starters, because the board is supposed to represent the entire association constituency, the greater the diversity among its directors, the more likely they will be to actually reflect the various perspectives of the ownership that they represent.”

Perhaps the biggest impediment to recruiting a diverse board is simply the fact that too few individuals are willing to step up and serve on their boards. When the candidate pool is that shallow, associations can find themselves taking on whoever shows up.

“We often find ourselves in a ‘take whoever we can get’ situation,” says Bart Steele, a senior regional property manager with Premier Property Solutions in Boston, “because many people either have no interest in joining a board, or they are intimidated due to lack of knowledge about what the board specifically does, and thus stay out. In my opinion, this would probably change were board members to get paid for their time.”

The means by which a board is elected can also be a hurdle in promoting diversity. “In the condo realm, a piece of paper goes out 60 days before an election announcing that the members can run, but there may not even be a discussion, let alone a ‘meet the candidates’ night,” laments Shari Wald Garrett, Esq., an associate at Siegfried, Rivera, Hyman, Lerner, De La Torre, Mars & Sobel, P.A., which has offices in Florida. “In these scenarios, whoever gathers the most friends to vote for them is going to be who sits on the board. Or some owners could just be picking the first six names on the sheet, or their neighbors, or a name that they like. And neither board nor management can endorse a candidate.

“Let’s say that I sat on a board and I thought that it was too heavily sided toward a particular demographic, and that there was another rising population that was not being represented,” Garrett continues. “The board can’t say, ‘We need more of the latter,’ because then it’s discriminating. An individual board member can suggest, based on that board member’s own individual capacity, that another resident run [for a seat on the board], but the member cannot do so in any board capacity, and it is out of management’s hands.”

In many cases, boards consist heavily of those residents who have lived at a property the longest. As they’ve spent much of their life both emotionally and financially invested in an association, they feel more capable to and concerned with shaping its future.

“My experience in dealing with boards that were established in the Seventies and Eighties or earlier is that they are often more reflective of the shareholders who have lived in the building for many years, and are in the most part older and either ‘old money,’ or those who are now living on more fixed incomes,” says Sandra L. Jacobus, a partner in the Real Estate Transactions and Cooperative and Condominium Housing practice groups at  New York City law firm Ganfer & Shore. “In both instances, these board members do not share the concerns and priorities as the new shareholders, who tend to be younger and more affluent, or are at least wanting to spend more money on amenities and favor permitting bank financing in previously ‘all-cash’ buildings, or lowering the amount of the cash requirement.”

In addition to the above, Matthew J. Leeds, who is also a partner at Ganfer & Shore, notes a dearth of women holding board positions. “With one major exception, I have personally found that the constitution of a board has been reflective of the population of the building,” he says. “But that exception is gender. I have observed that overall, boards do not seem to include women in proportion to the makeup of the building. Based on population, you would expect it to consist of about half. I’m not sure if others have had this experience as well.”

Finally, not only gender and tenure, but geographical dominance can lead to a lopsided board. “I am dealing with a situation at an 80-unit association wherein 70 units are situated in a main building, while the remaining 10 are townhouses,” relates Steele. “All four members of this board live in that main building – and the townhouses do not feel represented. Those owners feel screwed – or taxed without representation – when they have to, for example, pay their share of a $150K elevator replacement in the main building, which they’ll never utilize. Thus, I encourage those townhouse owners who complain to run for the board in the next election.”

While the board and management may not be able—or willing—to actively push to diversify representation, that doesn’t mean that members of an association are powerless to ensure that everyone has a voice.

“Tackling this problem begins with education, innovation and transparency,” says Erwin. “Boards should make an effort to educate the owners about what the directors do, and how that work affects those owners’ daily lives. Proactively keeping them informed is often the best way to get them engaged in board matters, which will in turn get them to step up and volunteer for the job.”

Much of the responsibility falls to the individual. One cannot lament the homogeneity of their board from the sidelines – because after all, a board will not simply diversify itself. “You, as an individual member of the association, have to market yourself,” urges Garrett. “You have to go door-to-door and get your name out. Everyone has that opportunity, but the onus falls to the owner.”

“I often counsel board members to be open and transparent when dealing with the issue of diversity,” Erwin adds. “If the board clearly lacks diversity, they should make this known to the owners. For example, if a board is made up of mostly elderly folks in a community with a lot of younger owners, the board would be wise to bring this to the attention of the ownership. We often forget that, particularly in larger associations, owners only see the names of the directors, and have no idea whether or not any of them actually represents their personal perspectives. There is nothing wrong with telling the constituency that the board would welcome greater diversity and that a more diverse pool of applicants to the board at the next election is encouraged. In fact, in the instances where I have seen boards circulate such an invitation and notice, the ownership has responded positively and with appreciation for the fact that the directors were honest and open about that lack of diversity.”

Mike Odenthal is a staff writer/reporter for The Cooperator 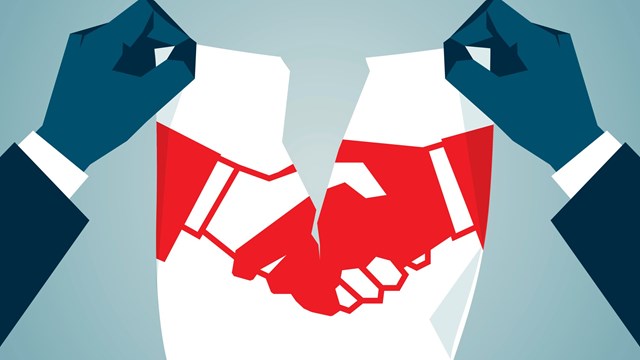 Time to Call It Quits?

When Management Breaks Up With a Client Community