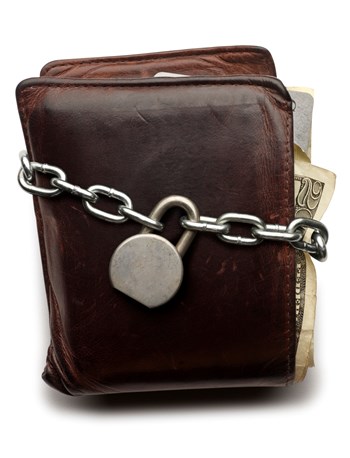 When co-op and condo residents agree to serve as board members, some don’t understand the full implications of their service. Governing even a small building or association requires making decisions that can involve hundreds of thousands of dollars—not to mention other people’s homes. That’s daunting enough—but add in the specter of possible liability exposure should one of those decisions backfire, or should someone hired by the board commit a criminal or criminally negligent act, and suddenly the idea of serving on one’s board gets much less appealing.

Fortunately, there’s a safety measure to address that fear. While in the past, many boards and associations had an all-inclusive, “one-size-fits-all” insurance policy, now many are electing to also buy directors and officers (often called ‘D&O’) insurance, which protects board members from legal actions and damages resulting from decisions they make in the course of their term on the board, and fidelity coverage, which protects against illegal actions committed by building or HOA employees.

What Does D&O Insurance Do?

Basically speaking, according to Ed Mackoul, president of Mackoul & Associates, Inc., an insurance firm with offices in New York and New Jersey, “Co-ops and condos are businesses, for the most part. D&O provides coverage for the decisions – or lack thereof – by board members, and typically extends to the property manager as well, as they are named in most suits along with the boards. ”

Boards and associations can buy D&O insurance on a standalone basis, or as part of a larger policy—though most industry pros feel that purchasing the coverage a la carte is the better move, since all-inclusive policies tend to give D&O short shrift.

As Michael Zeldes, senior vice president at insurance firm Hub International Northeast, says, “While it is possible that a package policy could contain D&O coverage, the buyer would have to be careful about the sub-limits and the coverage provided under such an arrangement. Many ancillary coverages that are part of package policies contain sub-limits that would be quickly exhausted by defense costs or indemnity payments. Most D&O policies have at least $1,000,000 in coverage if not more, and most also include other coverages, such as first-party employment practices, liability coverage, and, in many cases, third-party EPL (employment practices liability), which might not be part of a package deal.”

Is D&O insurance mandatory for board members? In a word, no. According to Shelly Kozel, president of Manhattan-based insurance company Lezok Ltd. as well as former president of the Council of Insurance Brokers of Greater New York, “There are very few insurances that are mandatory—workers’ comp and auto insurance are among the few that are.” However, he says, the bylaws of many co-ops and condos say that D&O insurance is required, “although most do not.”

Mandatory or not, boards definitely take a risk by not carrying D&O protection. Mackoul says, “If there is no D&O coverage maintained and someone files suit, no matter how frivolous it is … the legal fees add up quickly—so coverage is a necessity. And if a board member is named personally in a suit and there is no D&O coverage in effect, or the policy isn’t providing coverage, they could be held personally liable unless the bylaws indemnify them.”

Some Examples of Claims

Sherry Branson, marketing project manager of Kevin Davis Insurance Services in Los Angeles, California provides some examples of lawsuits directed against condos, HOAs or co-ops where D&O might have spared board members some serious expense.

In one, which was settled for $175,000 including legal fees , an association member sued the board of a homeowners association after his personal property was misappropriated during the association’s execution of a foreclosure judgment.

In another, settled for $60,000 including legal fees, a member of a homeowners association sued the board over its approval of plans for the construction of a new home that violated the association’s zoning regulations, and which the member considered “excessive and obtrusive.”

In a third case, which was settled for $40,000, plus legal fees, members sued a condo association, alleging that the board conducted an improper election and that improper replacements were named to act as board members.

Zeldes gives a few examples of his own:

A suit was brought against a board by a potential unit owner who alleged that there has been undue delay by the board in scheduling a closing, which caused her to lose the mortgage commitment she had secured.

A suit was brought against a board by a potential unit owner for alleged breach of contract due to the failure of the board to enforce collection of delinquent common charges and the failure to prepare and disseminate a budget.

All in all, claims can – and do – come from any number of issues, from the ouster of a board member to someone suing the board because the upstairs neighbor makes too much noise, to the association’s decision to move a dumpster to a different part of the development where a new group of neighbors would be impacted. It’s nearly impossible to plan ahead for every possible point of exposure; that’s where having adequate insurance offers peace of mind.

Costs and Other Factors

How much does the coverage cost? It all depends on how large the development is, and how many units it has. “It can be as little as $800 a year for a small building to $20,000 for a large building, depending on the size of the entity and its assets,” says Kozel. Regardless of scale, it’s typically paid for by the board or association.

For boards who want protection but balk at the price tag, Mackoul says that premiums on any insurance—not just D&O – can often be reduced by increasing the deductible, and, above all, by avoiding claims! “Claims are the single biggest reason premiums increase,” he says, “Make smart decisions and put the needs of the association ahead of your own, and that will cut down on the claims.” Again, this is applicable to any form of insurance, not just D&O.

So how is it determined or proved whether a board’s poor decision was made in good faith or bad faith? This is vitally important in the case of claims, since D&O only covers decisions that are made in good faith. To determine this, says Branson, the claims adjustor and the attorney would look at whether the board followed by bylaws of the association.

If a building or development does not have D&O coverage, in most case, the bylaws have an indemnification clause that says the association will pay the board members’ legal fees if the insurance company isn’t providing coverage. However, says Mackoul, if a board member is named personally in a suit and the bylaws do not have an indemnification clause, that board member may have to hire their own attorney and pay the legal bill out of their own pocket.

This is not as far-fetched as it sounds—in 2012, a New York State Appellate Court ruling made it easier for plaintiffs to sue individual board members for damages when co-op or condo boards are taken to court by dissatisfied residents or rejected applicants. Remember, when some residents get mad, they sue the board, the individual board members and anyone else they can think of!

Directors and officers insurance, as we’ve mentioned, basically covers actions taken in good faith. But now, we come to another, related type of coverage: fidelity insurance

Fidelity coverage—sometimes called crime insurance or “employee dishonesty” insurance—provides for the theft of funds and/or personal property of the association, stolen by an employee or board member. It usually extends to the property management firm and its employees, as well as to the board or association and its own employees.

Policy highlights, according to Branson, include coverage for non-compensated directors and officers in addition to coverage for loss due to computer fraud (loss of money, securities and other properties online), depositors’ forgery (when association documents or checks are forged), and premises/transit theft.

“It’s important,” Branson says, “for the association to make sure the property manager maintains a crime policy at a limit equal to or greater than the limit the association carries.”

As for when this type of insurance coverage is activated, Kovel says it depends on the policy—“Sometimes as soon as [a theft or crime] happens, and sometimes starting from when it’s reported.” In his practice, he tells victims to report the incident as soon as possible to the insurance company, which is sage advice regardless of the type of claim involved.

Loan giant Fannie Mae, by the way, requires fidelity/crime insurance for all condo and co-op projects, with several exceptions, one of which involves buildings or developments with 20 units or less, and another being if a development’s maximum funds are less than $5,000. Under these Fannie Mae regulations, the board or association must have blanket fidelity/crime insurance coverage for anyone who either handles or is responsible for funds—whether that person receives compensation for services (such as a paid back office staffer or a managing agent) or not (the board treasurer, for example).

Still a lesser amount of coverage is acceptable if the HOA or co-op corporation and the management company adhere to some common-sense financial controls:

Maintaining separate bank accounts for operating versus reserve funds, and requiring the bank in which these funds are deposited to send copies of the monthly statements for both directly to the board or association

Requiring management companies to maintain separate records or bank accounts for each HOA or co-op corporation in their client portfolio; and

Requiring two members of the board of directors to sign off on any checks written out of the reserve account.

Even then, however, the fidelity/crime insurance coverage must equal at least the sum of three months of assessments on all the units in the developments, unless, once again, this amount is less than or equal to $5,000.

Serving on the board of a condo, co-op, or HOA can be a tough job – even in a small community, the stakes are high, and every decision counts. It’s crucial for boards to be able to make decisions on behalf of their building or association without constantly second-guessing themselves, or worrying that one false move could mean financial calamity for themselves and their families. Indemnification through bylaws offers one layer of protection for board members, and a good D&O and fidelity policy package offers still more.

Raanan Geberer is a freelance writer and reporter and a regular contributor to The Cooperator. 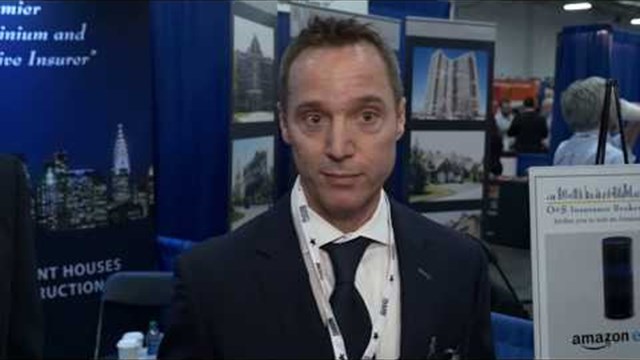 How Important is D&O Insurance? 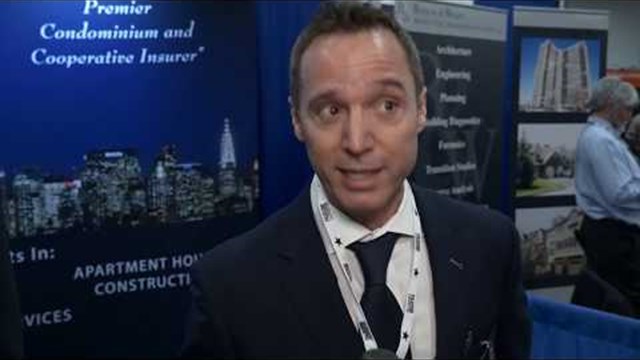 How Important is D&O Insurance?

Can Your Board Do Without It?

Mortgage Brokers Australia on Removing a Condominium Owner:
Great tips indeed! Thanks for sharing this blog. Looking forward to more ideas. https://zippyfinancial.com.au/
Carolee Doneski on Renting Your Common Areas:
Our clubhouse is free for resident use. HOA fees cover the cost of maintenance. Lately, some of our residents have requested its use for t…
Robin on How Boards and Residents Can Reduce Noise:
I’m so sorry to hear the above comments- it’s not easy living with noise. It’s pathetic how rude, a few people, were on here about the whin…
Fighter on Shareholder Rights:
On July 2019 I bought a Co-Op unit located at Jamaica, NY. As directed by NYC DOF, I've notified managing agent and Coop Board via email to…
Shirley Kerman on Problem Boards:
I am a Resident in a Condo association. The lights in the hallways went out and the Board has not replaced them, creating a danger for the…