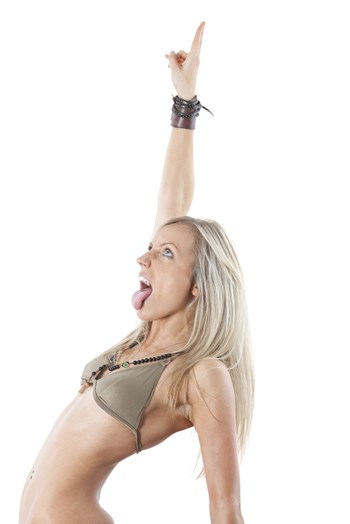 Living in a condo means putting up with certain occasional inconveniences: that curious odor emanating from the neighbor’s unit, the downstairs saxophone player who practices every Tuesday afternoon, or that one resident that insists at every meeting that the board is spending too much money (even if they are way under budget).

But sometimes life’s minor irritations get way out of hand: what if the neighbor floods the board’s inbox with creepy, threatening emails, or the saxophone player holds nightly concerts way past curfew? This more extreme behavior can make life difficult for residents, property managers and board members alike—and it's not okay.

When the Going Gets Tough

Occasional disruptions are just part of the price of communal living but there might be situations in which residents cross the line, often, more than once. A difficult resident may continue to break the rules, even after they have been in trouble for them. “While there is no set definition as to what a disruptive resident is, it often involves the type of behavior that affects multiple people or persists over a long period of time,” says attorney Stewart Wurtzel of the law firm of Tane Waterman & Wurtzel, P.C. in Manhattan.

“Sometimes it may only be a matter of degree but certainly, any behavior that is a danger to neighbors or staff cannot be tolerated. Physical threats or assaults, banging on doors, causing intentional flooding are all the types of conduct that require stern action by the board and management. These circumstances are very different from the gadfly who speaks his mind endlessly at meetings in an obnoxious or disruptive manner or who accuses the board of improprieties or illegal actions.”

Residents that are truly disruptive may be intentionally creating problems or provoking other residents or board members. “A difficult owner or shareholder is someone, who is unaware they are creating a disturbance and quickly resolves the issue upon being notified of its existence. A shareholder who is out of control, though, refuses to ameliorate his or her behavior despite the disturbances,” explains Ken Nilson, director of operations at Argo Real Estate in Manhattan.

How can boards and residents distinguish between situations that are just another day in condo living and ones that are truly unacceptable? Governing documents can elucidate what behaviors are out of line. “As the day-to-day governance rules are shaped over time, whether boards realize it or not, a line is drawn dividing annoying or difficult behavior from disruptive behavior and the latter is typically specifically spelled out in the governing documents,” says attorney Leni Morrison Cummins, an associate with the law firm of Adam Leitman Bailey P.C. in Manhattan.

Whether the situation is a violation of the rules or a verbally abusive resident, the common denominator in all tough situations is that the behavior isn’t in accordance with the rules and is so obnoxious that it negatively affects the effective management or quiet use and enjoyment of the property.

Residents who are repeat offenders or get downright ugly at every meeting may tempt the board and management to turn a blind eye or give up. After all, it can be emotionally draining to squabble back and forth with a resident just doesn’t understand why they’re in the wrong.

But boards and management must be careful not to become too lax. “If the resident’s offensive conduct is severe enough to disturb the health, safety and welfare of other neighbors, the failure to take any action could potentially constitute a breach of the warranty of habitability. If the board takes no action, and the resident who is being bothered brings suit against the offending shareholder, the odds are very good that the board will be named as a defendant in the lawsuit. If the conduct is severe and of a physically-threatening nature and something happens which results in injury there is the possibility of negligence claims being filed as well,” Wurtzel explains.

Boards may be held liable if they contradict the governing documents or fail to act for the purpose of the collective good and instead implement a decision that benefits themselves or doesn’t take into account all the parties involved, says Cummins.

Boards that don’t take action could hurt their chances in court, too. “Many lower court judges don’t like the power that the Pullman decision gave to boards to terminate tenancies for objectionable conduct without judicial review so they tend to take a very hard look at a board’s actions to make sure that that board is not overreaching and acting in bad faith or exceeding its authority to act,” adds Wurtzel.

That being said, not all situations require the board to play the middleman, especially in personal conflicts between residents. “Boards are not necessarily obligated to get involved in disputes between individual owners and in many instances they should avoid getting involved. However, it may be in the best interest of the board to get involved if the mere enforcement of a governing rule would resolve the dispute,” Cummins says.

Instances that have the boards and management throwing up their hands in defeat may require court intervention. “Boards may have success simply sending a warning letter to the offending party, charging fines, or issuing a public notice. If those methods do not work, depending on the severity of the violation, boards should engage counsel to commence legal action for violations of the governing documents and/or nuisance. In cooperatives, unit owners may even be able to vote offending shareholders out of the cooperative,” Cummins adds.

The Right Way to Deal

As appealing as it may sound to fight fire with fire (sending threatening emails back or taking up nightly saxophone lessons yourself), those rebuttals often only provide temporary relief and create further animosity. Effective strategies address the problem at the core.

Boards should start by having clear and unambiguous rules in place. The rules should describe different types of conduct and provide for actions that can be taken if they are violated including written warnings, fines or seeking formal legal counsel if the situation is unresolved. More importantly, boards should strive to enforce the rules to show residents that they are serious about them being followed.

If a resident continues to break a certain rule, documenting each instance with the date, time and description can go a long way in helping solidify the problem. “At one point, we had a resident that was continuously creating a disturbance and lacked respect for anyone. He felt he that the rules simply did not apply to him. To address this we created a file and eventually took him to court in order to have him evicted. The documents in his file included incident and police reports in order to illustrate the problems he was creating,” says Nilson.

Successful boards will also ensure that all cases are dealt with fairly. “Boards of both condos and co-ops are charged with the responsibility of treating all owners or shareholders equally. This means that boards may not act discriminately against one owner for a violation and let another owner slide for the same violation. So long as boards do not discriminate in their treatment of owners or shareholders, follow the governing documents, and act in good faith they will be protected from judicial challenge to their decisions by the business judgment rule,” Cummins says.

Of course, direct communication is crucial as well. “Most shareholders with an issue simply want to be heard and managers and boards play a key role in this situation. A meeting with all parties involved is a great way to remediate any problem as it allows for direct discussion and lets the shareholder feel as though he or she is being heard and is having his or her needs addressed. Generally the issues become inflated if the resident feels that he or she is being ignored. By approaching situations head on and giving the resident the attention he or she deserves, the board and manager are typically able to resolve the problem entirely,” says Nilson.

Addressing disruptive behavior can be an onerous task for both residents and boards. Establishing and most importantly, enforcing, clear-cut rules and a professional and patient demeanor go a long way and can help quell even the most rebellious of residents.